Window of opportunity as Celtic linked to Ibrahimovic, Jamko and Johansen

NEIL LENNON has proved his worth at developing and selling on players for vast sums. He is currently scouring the planet to bolster his Celtic squad once again before the transfer deadline.

He won’t be going for any marquee signings. Former big names finishing their career might have helped sell tickets in the past but ultimately the likes of Ian Wright or Freddy Ljungberg failed to bring much else of worth to Paradise.

Recent names associated with a move to Parkhead include Northern Ireland international Oliver Norwood, said to be keen on a move to Glasgow. It looks as though Huddersfield are reluctant to let the 22-year-old go.

Also less likely is long-term Celtic target Steven Fletcher from Sunderland, while Lennon is a big fan of the former Hibs player, he suggests affordability would be the problem in securing the 26-year-old Scot.

Although costing the Black Cats £12 million, reports suggest the club would be willing to sell him for around half that figure.

But there are some considerable prospects that might be coming Celtic’s way... 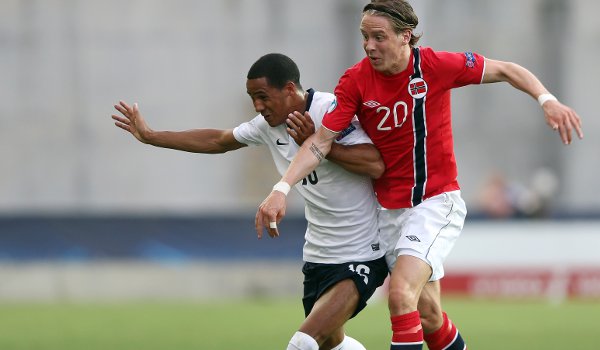 Leigh Griffiths: Set the Scottish league alight with 40 goals in under two seasons while on loan to Hibs. There is a quality to Griffiths that would undoubtedly work for Lennon and the support.

He picked up the Scottish Football Writers Award for player of the year in May, the first player at Hibs to do so since Pat Stanton in 1970.

The Scotland internationalist has found the net 13 times for Wolverhampton Wanderers this season but is said to be “unhappy” at Molineux and keen to return to Scotland for an offer said be around £1.25 million. Still only 23, a proven scorer and gifted player with a voracious desire to win.

Marc Janko: Celtic have looked weak in attack this season, particularly in Europe and recently at home. Janko believes he’s the answer to the problem. The Hoops have tried to sign the player twice but he was lured away by better offers.

Now 30, the Austria captain (currently at Turkish side Trabzonspor) suggests the time is right for both him and Celtic: He said: “If Celtic are looking for a striker to score goals then tell them I would honestly walk to Glasgow from Turkey to join.”

Zlatan Ibrahimovic: Perhaps not as long a shot as you might think, the Paris St Germain player has listened to his friend and fellow Swede Henrik Larsson describe exactly what it means to play with Celtic for a number of years.

According to a Sun report the player, now 32, has revealed a desire to play in Glasgow’s green and white: “Any top player would want to end their career there”. How could I say I wouldn’t want to play for those fans every week?

Henrik was good enough to play for any team in Europe. But after playing at Celtic Park it is easy to understand why he chose to stay there for so long.”

Neil Lennon added: “It’s one of those stories – I don’t know how true it is – but it would be wonderful if we could get that type of player to the club. I think that’s a long way off yet.”

Stefan Johansen: Perhaps the most likely to be in green in white by the end of the week, this one is looking like a cert now. Stromsgodset are resigned to losing the star in a £2m bid for the 23-year-old Norwegian midfielder. 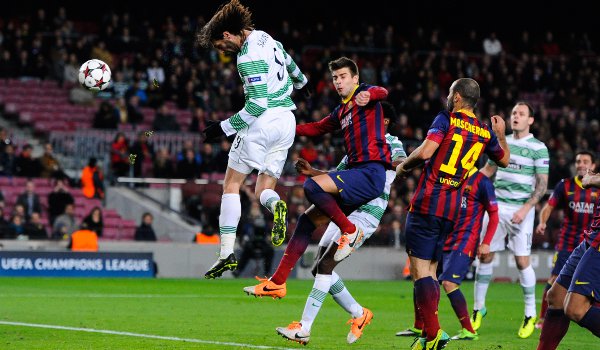 Georgios Samaras is likely to leave Celtic for a club overseas

Georgios Samaras: Atlético Madrid and Trabzonspor are both in for Sami. Undoubtedly mercurial, Celtic’s second longest serving player in the current team has a tendency to blow hot and cold and he’s having a cooler season after breaking records last year in Europe, becoming the first Celt to score in five successive away games.

The 28-year-old recently described Celtic as “his” club and has showed an understanding of the Hoops beyond the wherewithal of most modern players.

He enjoys a special relationship with the majority of fans through his loyalty and the many peaks he’s enjoyed over the last seven years.

While Lennon is reluctant to let him go, it would be better to sell him now for around a million rather than lose him for nothing in the summer.

His impressive performances are attracting Premier League clubs such as Arsenal and Manchester City who are said to be making bids in the region of £10 million for the big stopper.

The Dutch player is said to be “flattered” by the interest but has indicated that he will remain in Glasgow.

By: Dr Joseph Bradley and Dr John Kelly  -  6 months ago