IT’S amazing how a walk across a Mayo mountain or a wander round a Leitrim lake has always lifted my spirits to stratospheric levels.

Little wonder. Scientists now tell us they can measure a drop in our stress hormone readings after we spend just 20 minutes in contact with the beauty of nature.

Great. But if it also means straining your creaking back and battering your blood pressure as you battle with a rain-lashed tent, then you might be tempted to give it a miss.

But think again. The glamorous camping phenomenon of recent decades has exploded into an incredibly varied array of luxury escapes from tree houses and tipis to bubbles, domes and even five-star caves.

Personally, life under canvas still gives me collywobbles due to my vivid memories of waking up to find my sturdy Army tent disappearing into the raging night sky during an 80 mile-an-hour ‘Bora’ storm in war-torn Bosnia in the 1990s.

If that wasn’t enough, I have great difficulty in forgetting those freezing nights spent clutching my woggle as I shivered in a flimsy tent during my troubled days as a Boy Scout.

Even so, ever the intrepid journalist, I dismissed such worries and put to the test two very different types of glamping in two pretty corners of the South-West of England.

One was a luxurious safari tent, nestling in an utterly secluded Dorset valley, while the other was a glamorous shepherd’s hut with hot tub and barrel sauna in rolling East Devon farmland. 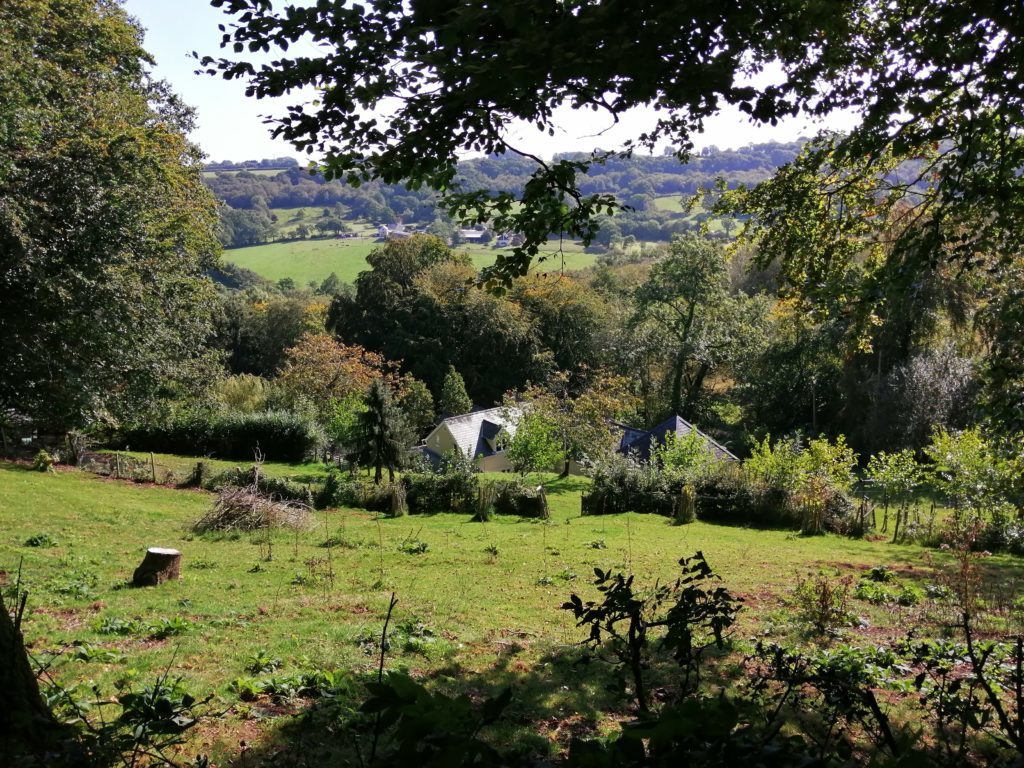 Here is what happened:

As my partner and photographer Sue Mountjoy and I parked at the foot of the slope beneath Oak Apple Lodge, I suggested she might like to be Meryl Streep to my Robert Redford in Sydney Pollack’s multi-Oscar-winning blockbuster, Out of Africa.

As we stepped in, the tent immediately felt like something from a privileged lifestyle in Kenya in the 1920s, a place of big game hunts, chilled champagne on the soaring terrace and a big comfortable bed twinkling under soft lighting.

But, we had to pinch ourselves. This wasn’t wildest Africa. It was rural Dorset in autumn, during the final ebbing of our delightful Indian summer. The surrounding animals, a collection of visiting deer, tweeting birds and the farmer’s cattle and horses in the fields below, were also perfectly safe from any hunter. But we did down a glass of bubbly to continue the spell. 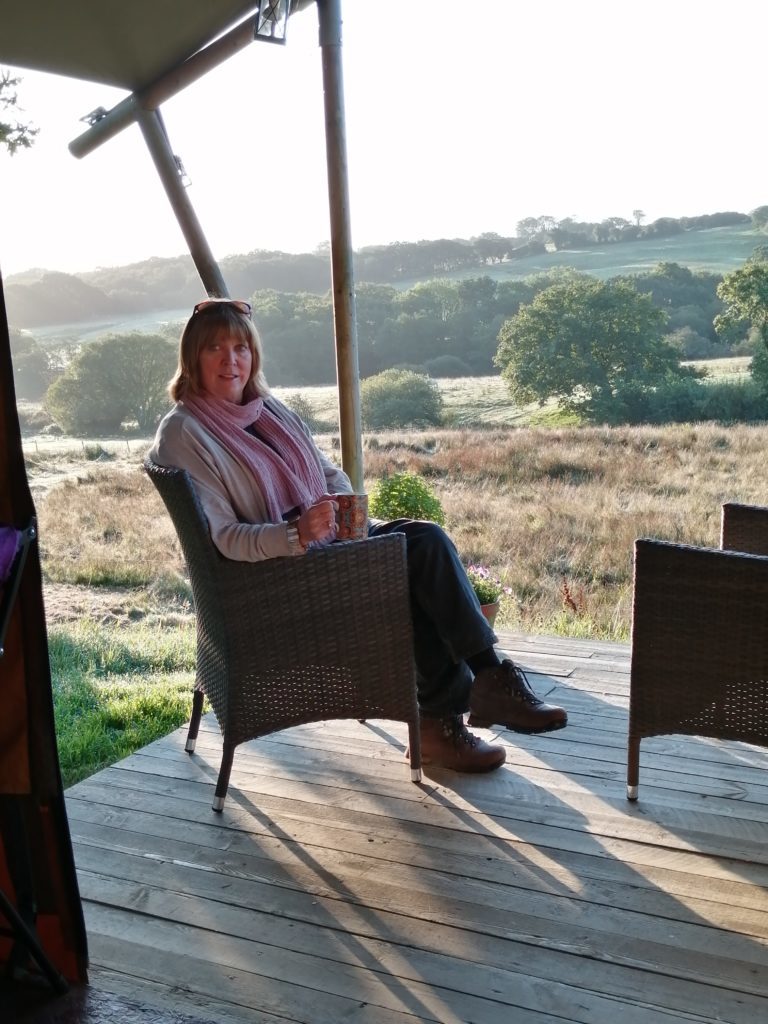 Inside the purpose-built lodge were enough of life’s necessaries to keep Redford and Streep more than happy: an electric shower pod and separate loo, a decent electric hob, wine cooler, pans, crockery and electric lighting and heating for chillier nights in that sumptuous double.

Outside was the real treat: that furnished balcony overlooking a scene from pastoral old England painted with, the neighbouring tent completely out of sight and earshot, and nothing but soaring green hills, mature trees and animals to view. Idyllic. Calming. Stress-releasing.

In spring and summer, the meadow below is left untended by the farmer owners so that it bursts with wild flowers, their scent apparently drifting on the breeze. Its tranquillity was only broken by the occasional excited winnow of the farm horses as they galloped to and fro.

On our doorstep were countless activities, from visiting nearby pretty Beaminster, home to TV’s Martin Clunes and his heavy horse farm, or Furleigh Vineyard to sample its winning wines, or even to join local character Chris at Donkey Walking Adventures for a countryside tour with a couple of his gentle beasts in tow. 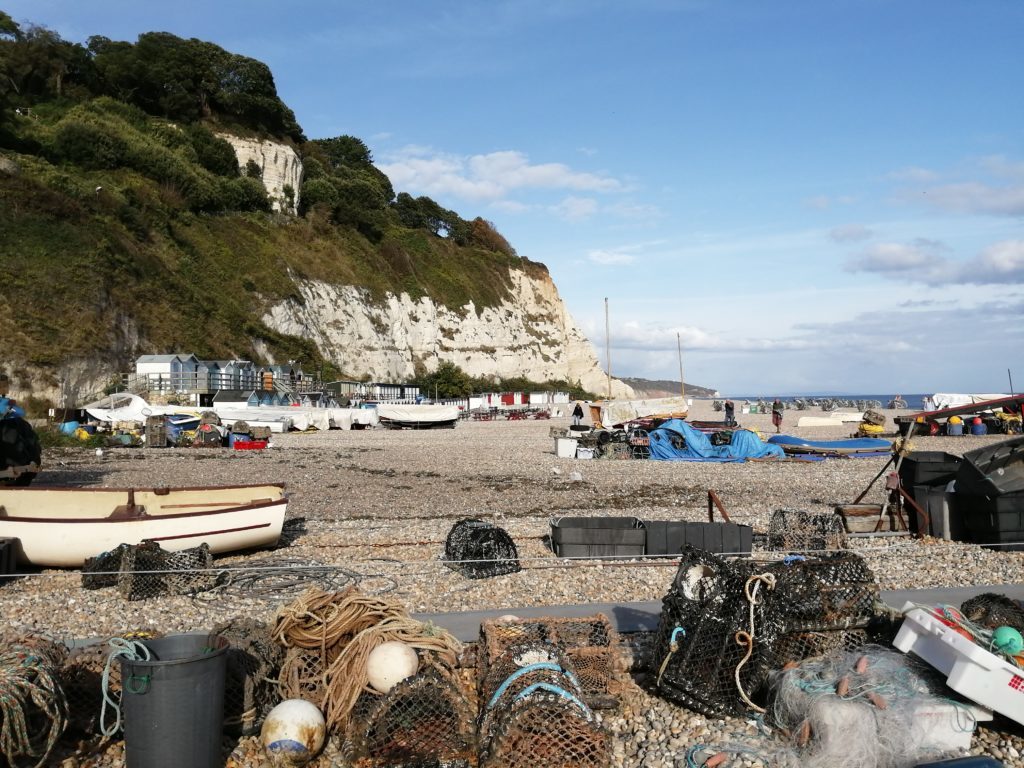 Just a short drive away lies the picturesque town of Beer

Also nearby, we could have checked out that quintessential English manor, Mapperton House and Gardens, or the walks around Evershot, with its historic Acorn Inn, that features in Thomas Hardy’s Tess of D’Urbervilles.

We wandered off to historic Exeter for the famous Tibetan pasty stall (quite a contrast to the local version) and to tiny Beer, nestled under soaring cliffs and with a glorious beach.

We could have done plenty more exploring. But with no pesky TV or internet to batter our senses, the lodge soon had us feeling as chilled as the bottles of Bishop’s Tipple that we downed with the sizzling barbecue-cooked local steaks and listened to…the sound of silence. Magic. Sheer magic.

As soon as we saw the hot tub, shared barrel sauna, pizza oven and two flat screen TVs, we were sure that this was definitely going to be a seriously indulgent glamping experience.

Set on the crest of a large open field, the purpose-built Shepherd’s Rest gave us glorious views over the rolling countryside of East Devon and was less secluded than the lodge, with our neighbouring tourists in another hut separated by a nearby hedge. 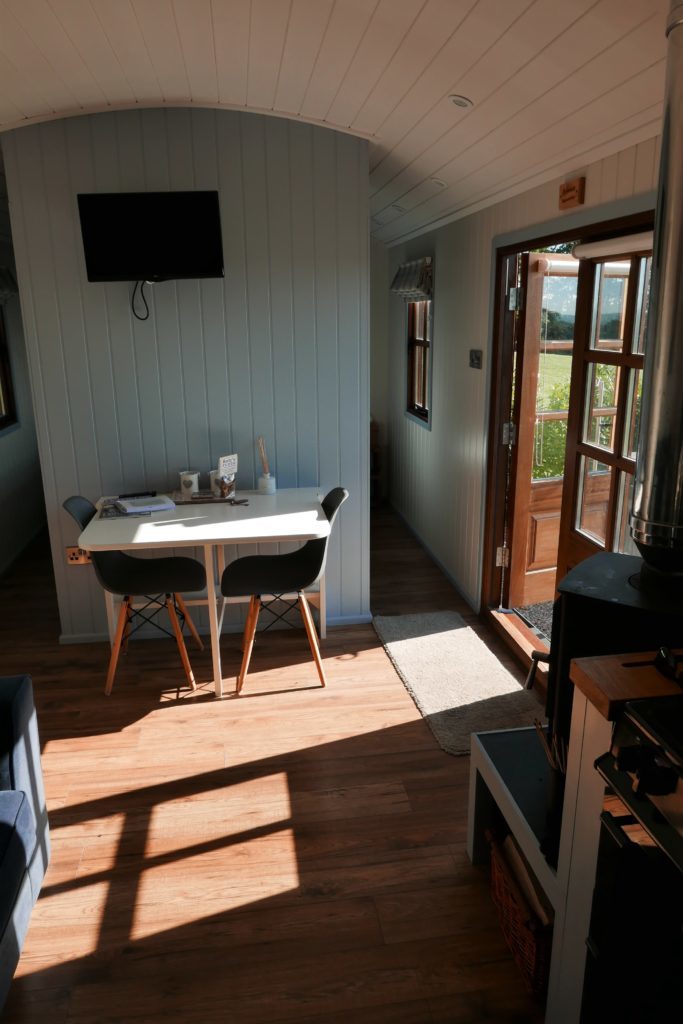 Inside the Shepherd's Hut - where camping has had a luxurious upgrade

Inside, was under-floor heating, a wood burner, a luxury en suite shower and loo, a well-equipped kitchen with a full-size oven, hob and spacious fridge – plus those TVs, one of which allowed for a big film nights in the luxury king-size bunk bed (above are two separated singles if required).

But outside was the tour de force, that 67-jet hot tub, where we splashed an hour or two away, whilst admiring the sunset as a glass or two of merlot went down and the wood-smoke from our nearby pizza oven temperature went gently up.

Perched on the two comfortable sunbeds, we enjoyed books galore (who needs wi fi?) and that staggering view, which we could have complemented with drives to the tors of nearby Dartmoor and to the turf bog walks of Lorna Doone’s Exmoor, as well as the delights of Roman Exeter.

Within easy driving range was the Jurassic Coast, where you can hunt and remove any fossils you find, as well as the glorious beaches of Woolacombe, Bantham and Croyde Bay and the historic naval sights of Plymouth. I was quite tempted by a trip to Diggerland theme park, where adults and children can operate real diggers – what a treat. 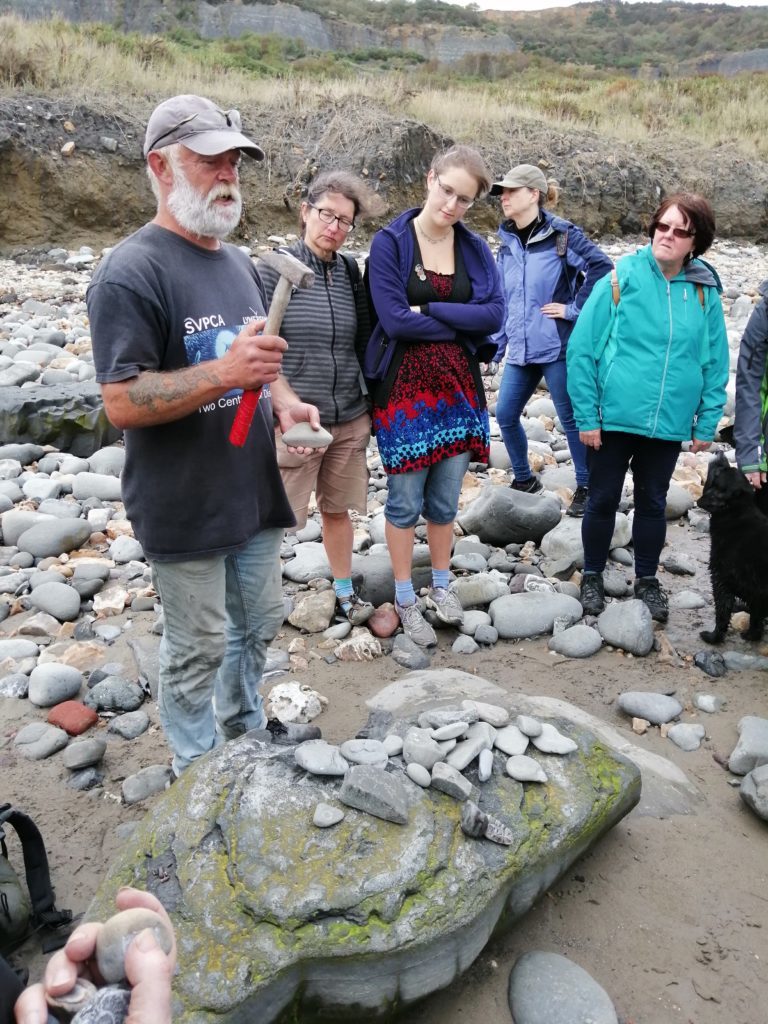 But no, instead of all that, our de-stressing kicked in completely and took us simply on walks out of the field gate, up the Blackdown Hills, along the quiet and high-hedged country lanes and public footpaths, to the nearby Woodland Trust’s Rhododendron Wood. We did drive over to Lyme Regis for a fascinating expert hunt for fossil remains. But, our other journey was just two miles down the adjoining lane, we enjoyed a delightful lunch at the 16th century Drewe Arms in the thatched medieval village of Broadhembury, home to TV’s Kirstie Allsopp, and with the quaintest of shops and adjoining tea room. 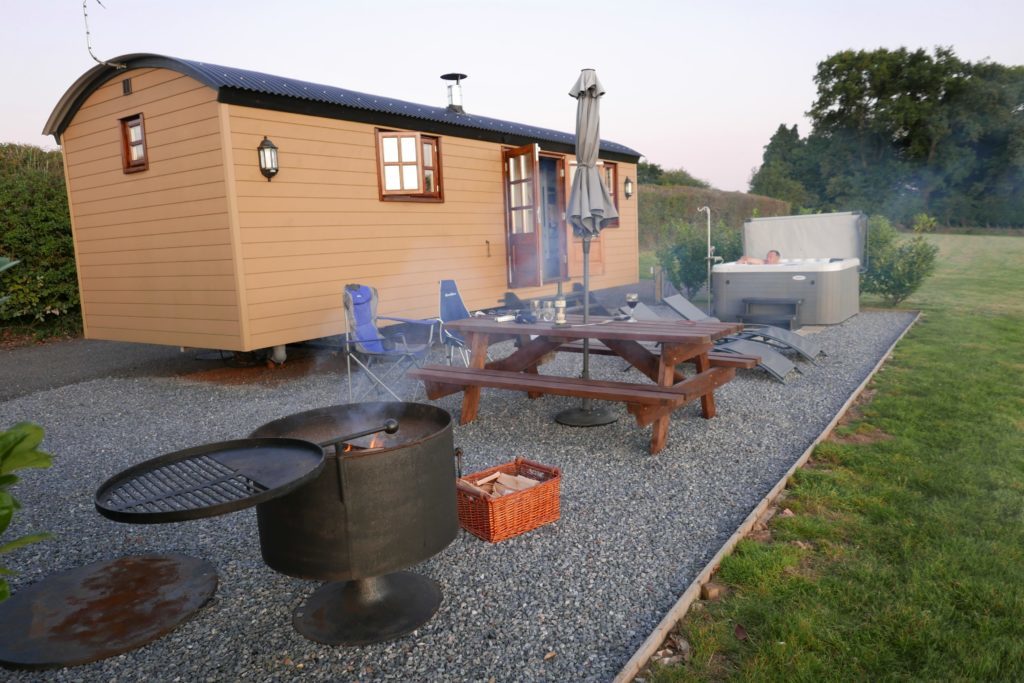 Like the Lodge, the Rest provided a huge dose of what scientists now call ‘nature’s pill’, a countryside stress-reliever, but with a little less seclusion and a few more of those modern luxuries. Aaaah that hot tub...