KNOWN for its rugged Atlantic peninsulas and beautiful beaches, West Cork has long been a favourite destination for those visiting the Emerald Isle.

Offering dramatic landscapes, Lonely Planet once said that ‘everything you could want from Ireland you can find in Cork’.

So perhaps no better tonic to the cold winter months ahead than a spoonful of 2019 holiday planning.

And I can personally vouch that Ireland’s southwesterly stretch of harbours and bays, which jut seductively into the chilled Atlantic, make for the perfect driving holiday.

Hitting the road and exploring some of the many towns and villages along this wondrous stretch of coastline, is as good for the senses as it is for the soul.

Arriving into Cork Airport – and with Glengarriff’s Eccles Hotel our final destination – we earmarked a number of spots to stop off at along the way. 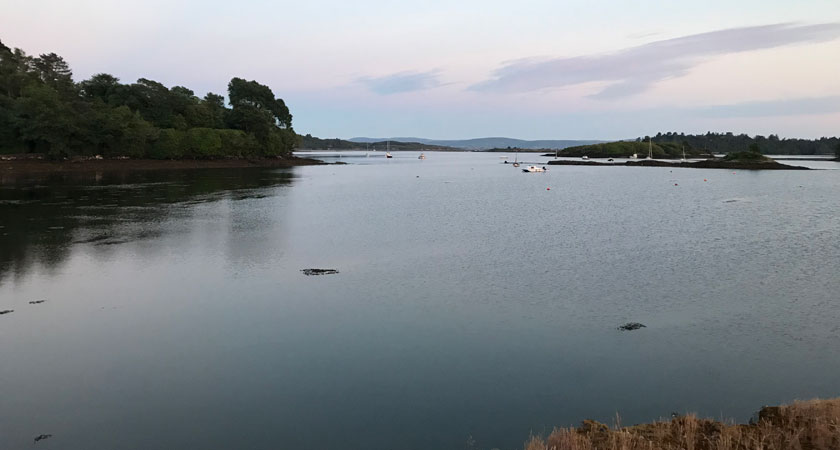 The hotel is surrounded by natural beauty

Taking advantage of blue skies and sunshine, it was a leisurely 25-minute drive to the pretty fishing town of Kinsale.

Charles Fort – a 17th century fort overlooking the town – is the perfect place from which to watch fishing and leisure boats float in and out.

And while you’re there, be sure to grab a bite to eat at the Bulman Bar and Restaurant in Summercove.

We shared a satisfyingly messy lobster lunch, the only regret was not having room for the Kinsale monkfish and scallop special with shellfish risotto and chive oil or the Rosscarbery strawberry and cream tartlet.

On the subject of food, next up was Clonakilty – famed for its supreme sausages and puddings made from a century-old secret recipe.

But you’ll also find colourful pub and shop fronts, plenty of history and some beautiful beaches nearby.

Go for a stroll or stay a night if you’ve the time to spend in the town voted Ireland’s Place of the Year in 2017.

It’s also been a member of the ‘go-slow’ movement since 2011 so quality of life, heritage, tradition and sustainability are Clon’s calling cards. Sign me up.

Wanting to reach Glengarriff before sunset, next on our road trip was breath-taking Bantry preceded by beautiful Baltimore, home to newly crowned Michelin star restaurant Mews.

Glengarriff awaits around an hour’s drive north of Baltimore, though you may want to calculate some extra time to meander at a slower pace worthy of the surrounding countryside.

Located on the Beara Peninsula, which is often overlooked in favour of its more popular cousin the Ring of Kerry, Glengarriff and its west cork surrounds benefit from being one of Ireland’s best-kept secrets.

On the outskirts of the village, overlooking the water’s edge, is the Eccles Hotel. 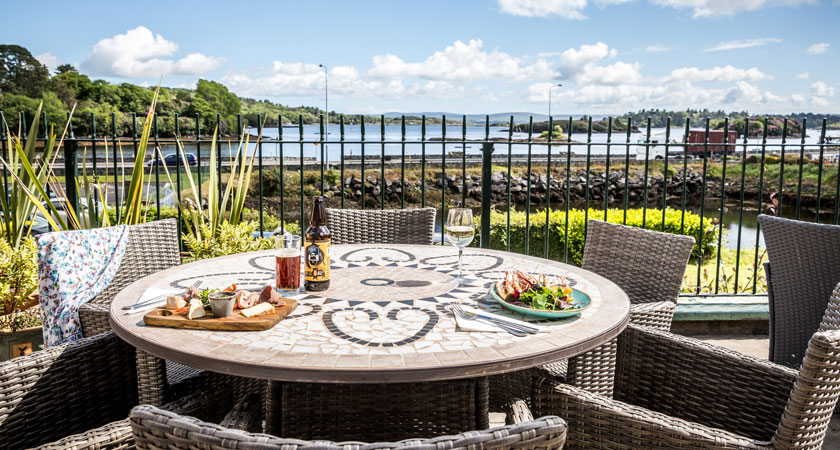 Outside dining at the Eccles Hotel

A long-established site of hostelry and accommodation it has been welcoming and inspiring guests since 1745 – and not much has changed since.

Bought by the Eccles family, who changed its name from The Glengarriff Inn in 1890, the hotel has a charming history.

‘What sends tourists to the Rhine and Saxon Switzerland? Within 5 miles of the pretty Inn of Glengarriff there is a country of the magnificence of which no pen can give any idea.’

These were the words of writer and journalist William Makepeace Thackeray in 1850 after he stayed at the hotel, where other famous literary guests have included poet William Butler Yeats, playwright George Bernard Shaw and novelist Maeve Binchy.

Their legacy lives on in the building today. Yeats’ visits during the 1920s led to the hotel’s Presidential Suite being named in his honour.

There’s also a chaise longue in the lobby called Maureen’s chair, after the Hollywood star Maureen O’Hara who lived nearby in her later years.

The hotel’s romantic setting which adds to its captivating allure is worth more than a passing visit, as documented in an article about Glengarriff by Punch Magazine in 1876.

Its bay view commanding bedrooms must also have also appealed to Pippa Middleton, the Duchess of Cambridge’s sister, given she booked to stay at the hotel to attend a friend’s wedding in 2017.

Not a bad view to wake up to

Famous faces aside, there is a raft of other fascinating anecdotes attached to this hotel.

It housed soldiers during World War One when it was leased to the British war office and offered sailors a port on dry land when it hosted the very first Irish Cruising Club meeting in 1929.

You’ll find a commemorative plaque at the entrance to the hotel, where a cosy porch is also the perfect place to sit and enjoy the sunset and a glass of chilled rosé.

The current owners have continued 250 years of heritage and hospitality by restoring the hotel using old photographs found in 2016 to create a mood board befitting Eccles grandeur and grace.

“We’re very conscious that we’re not looking to produce something new and shiny,” says Ray Byrne of NHance Management who took on the hotel in 2017 to oversee its €1million renovation, due to be completed this spring.

“The purpose of the makeover is to strip back a few layers, and show off the elegant simplicity that has attracted visitors not just for decades – but for centuries.”

Elegant simplicity is what west Cork and the Wild Atlantic Way is all about.

Eccles Hotel embodies that in spades – a place to drop your shoulders and breathe. 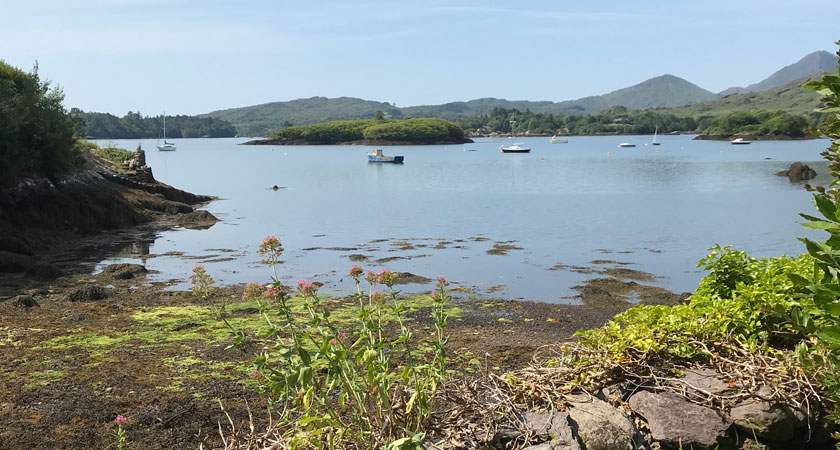 A five-minute walk will bring you to the Bamboo Park – a 13-acre coastal woodland walk open all year with views of Glengarriff Harbour, Garnish Island and home to 30 species of bamboo, fern and palm.

That should be enough to build up an appetite and back at Eccles you’ll find plenty of local produce and ingredients in its kitchen led by head chef Eddie Attwell.

We tried the Cork whiskey and vanilla cured salmon with braised barley, apple and prawn, as well as the butter poached hake with potato, mussel, dill and radish. 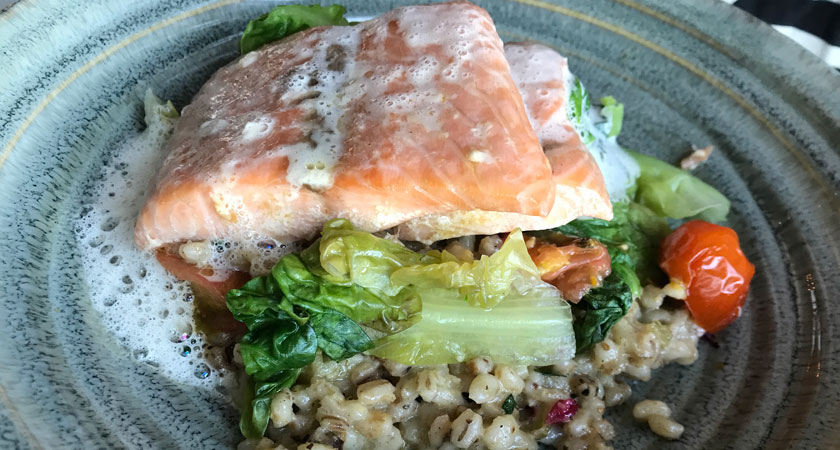 The salmon from the Eccles' Garinish restaurant, which is overseen by chef Eddie Attwell

You’ll also find plenty of local cheeses for afters, which can be washed down by a choice of Cork produced craft beers from the Mountain Man Brewing Company including Green Bullet, Hairy Goat, Sneaky Owl and Banjo’D.

Main courses at Eccles Garinish restaurant are between €15-17 with starters from €4-11.

The dining room views on the other hand… priceless.

Eccles Hotel is a three-star hotel located in Glengarriff, Co. Cork. In 2019, it is open on weekends from February 14 and fully from March 28. Discounts available online at eccleshotel.com