PARTS OF Ireland experienced its first snow of the season yesterday.

Ireland is famous for its green fields, hills and mountains, but as these images prove, this little country is spectacular whatever the colour.

Parts of the north-west of Ireland woke up to a dusting of snow covering the land, and the results are breathtaking.

In Donegal, the icy white Errigal Mountain towered majestically over the flatlands where the snow had melted...

With a photo from another angle showing the mountain mirrored a still, glassy lake.

Meanwhile in Sligo, Ben Bulben had transformed into what looked like a giant ice-cream cake.

Photographer Gareth Wray snapped this incredible image of Classiebawn Castle against the backdrop of the flat-topped mountain...

And there were plenty of shots from amateur photographers.

There weren't many people taking the trek up County Mayo's Croagh Patrick as the mountain became covered in ice and snow, and while usually you would climb it to see this spectacular view ... 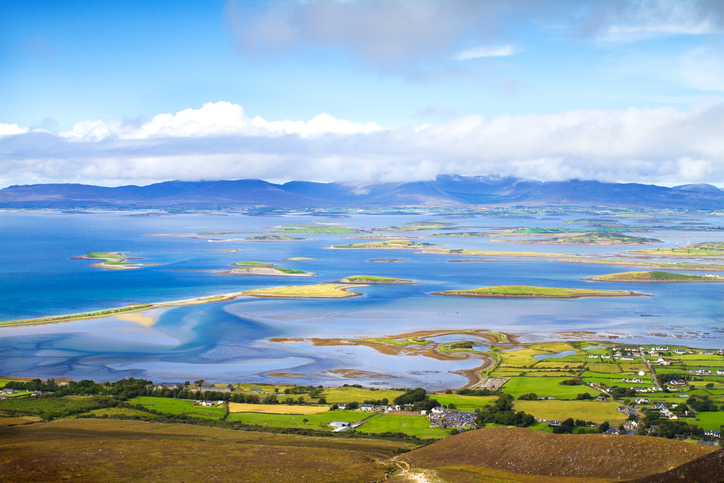 ...the view from the bottom was just as incredible.

We got our first sprinkle of snow here today. Isn't she stunning in white? 📸 by @amayophotography via insta. 📍 #CroaghPatrick #Westport pic.twitter.com/xjkU5fMNYm

One festive-looking Husky was making the most of the chilly weather in Donegal with a walk in the snow...

And while it wouldn't be the best time of year to go swimming, Donegal's beaches were looking glorious nonetheless.

Multiple counties across Ireland have since been issued with snow and ice warnings for the coming days, so there should be plenty more spectacular wintry images to come.