BibleCodes, Céilís and parades - what's on in London for St Patrick's Day

Here are the full listings for all the best St Patrick's Day events across the capital.

A trio of leading Irish acts on the British comedy circuit gather at The Duchess of Cambridge, Hammersmith, W6. 7pm.

Aifreann an Lá (Mass of the day) at 11:30am followed by a St. Patrick’s Day Lunch of Irish stew and soda bread from 1pm. Live music with Lonestar, Tickets £5 /concessions £3. All are welcome. 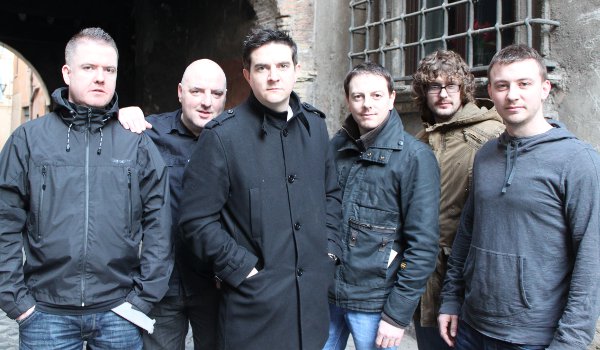 Music from The BibleCode Sundays, The Monday Club and Lorraine O’Reilly. Under The Bridge, Stamford Bridge, Chelsea, SW6.  7pm- 2am. Tickets £10, from www.ticketweb.co.uk

Live traditional Irish music and Guinness, what more could you need this St Patrick’s Day?

The Council of Irish County Associations (London) will hold their St Patrick’s Night Banquet in the McNamara suite at the London Irish Centre, with a reception at 7.30pm  followed by dinner and dancing with music from the Sadie Howe Band. Tickets are £35.

The St Patrick’s Festival Ball  kicks off with a champagne and Guinness reception followed by dinner and an evening of entertainment. Intercontinental Hotel, Park Lane, London, W1J 7QY. Table of 10 is £1,500, individual tickets are £150.

The world-famous parade starts at Piccadilly at noon and finishes in Trafalgar Square at 2pm.

Get ready to be tickled green at The London Irish Comedy Festival tent. Once again there will be a free afternoon of craic and laughter for all of the family from some of Ireland and Britain’s top class established and emerging Irish comedians.

A series of readings of works by the late Irish writer and poet, plus an open discussion. The Cockpit, Gateforth Street, London. 7pm. £7.

The Council of Irish Counties Associations will get the St Patrick’s celebrations off to a good start with a mass and full Irish breakfast on the morning of the London St Patrick’s parade.

Breakfast is served at 9.30am, following a mass at 9am.

Following the success of Mayhem, her fourth studio album is set to be released in early 2014. Expect the new album to take centre stage at the Roundhouse, along with stompin’ anthems such as ‘Johnny Got A Boom Boom’ and ‘Inside Out.’

A popular event with music and dancing. Tickets cost £3 and buying in advance is advisable.

Celebrate as the London Irish Centre turns 60 with authentic Irish culture, community and craic guaranteed. From 5pm-late there will be free Trad sessions in the Hub bar.

A legendary St Patricks Party with a kick. The Village opens at 1pm with live music, DJ, competitions and fairground rides.

Food and drink stalls will be located around The Village providing a range of snacks, and of course Guinness before London Irish take on Bath at the Madejski Stadium, KO 5.30pm. After the final whistle blows the post-match party continues till late.