YOU don’t have to believe in fairies to build a successful business based around the mythical figures.

But you do need a vivid imagination, a little seed money and bags of entrepreneurial spirit.

Two couples proved they had all of this and more when they launched The Irish Fairy Door Company in 2013.

This month they bring the offering to Britain, where they hope to “spread the magic further”.

“Basically our product is a tiny wooden door, which you put up on a skirting board or maybe a mantelpiece inside the home, or a tree outside, which provides a home for a fairy,” Niamh Sherwin-Barry, who founded the firm with her husband Oisin and their friends Aoife and Gavin Lawler, told The Irish Post.

“It’s a simple concept really,” she adds, “you pick a name for your fairy, whether it’s a boy or a girl, leave a little key out overnight, which comes with the door, and if the key has gone in the morning you know your fairy has arrived, moved in, picked up his or her key and is there forever.”

The concept might be a simple one, but it is proving popular – with more than 150,000 fairies having moved into homes across Ireland, Britain and the US since the Dublin-based company was launched.

And what is an educational toy at its heart also offers many added benefits for both the children who love it and their parents.

“Once your fairy has moved in, and is now living in their little house behind the wall or in the tree, it becomes a communication tool between this child and this magical being,” Sherwin-Barry explains. 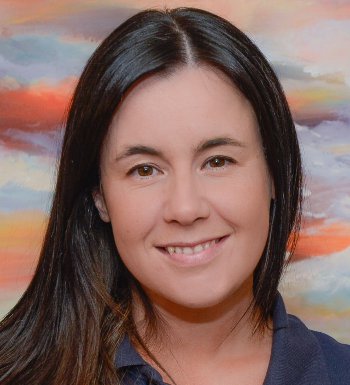 “When a child gets a fairy door it’s an instant ignition of the imagination – with the child writing to the fairy and he or she communicating back with them – through the parents.

“So there is work for the parent, or the person – maybe godmother, uncle or grandmother - who buys the fairy door, to do,” the mother-of-two adds, “but it’s a product for a family that enjoys explorative play, a family that want this little piece of magic for their child.”

While the fairy door concept has proven the perfect activity to pry children away from the television or IPad screens, the product also provides a valuable tool to allow youngster to talk about their emotions, Dublin-born Sherwin-Barry, who now lives in Co. Louth, claims.

“We always knew the kids would love the product,” she explains, “but were really surprised by how well it has goes down with parents too.

“The reasons for that are two-fold. Firstly because it takes the children away from television or other screens and brings them back to grass-roots imaginative play. Secondly, this little pretend magical being gets the parents back using their own imagination again, which they just love.”

The entrepreneur added: “Also lots of parents have found their children talk to their fairies about things that they wouldn’t necessarily talk to their parents about. That might be general worries or maybe issues like bullying at school, or even dealing with the loss of a parent or a sibling. In that respect there is a huge benefit attached to the product in terms of communicating with their child.”

From small beginnings – the firm was launched in Clondalkin in August 2013 with a €8,500 capital investment from Sherwin-Barry’s mum – The Irish Fairy Door Company has gone from strength to strength.

They now offer 12 different fairy doors, with an arched or round door option, available in red, pink, purple, blue, yellow and green.

Priced at just £20, the company send you your door and also provide free weekly content to help you engage your child with their fairy.

The weekly email changes, but may offer “an activity idea, a fairy story or a memo from Queen Kate and the International Fairy Council - who are the rulers of Fairy Valley, where all of the fairies come from”, Sherwin-Barry confirms.

“There are two questions we get from parents all the time,” Sherwin-Barry admits.

“What to tell their children when they ask why they can’t they see their fairies, and why can’t they have a picture of them.

“But it’s well-known among adults that humans can’t see fairies, as if they do they lose a bit of their magic. And if they want a picture, we tell them there’s a very talented fairy in Fairy Valley who can draw their fairy for them and then we get the adult to search for and download a fairy illustration of their choice form the internet, print it off and give it to their child.”

Now, with the support of the Enterprise Ireland agency and a London based PR firm, they are hoping to spread their fairy dust even further across Britain this year.

“We have sent fairy doors to countries in all corners of the globe,” Sherwin-Barry claims, “but we really want to spread that magic further this year and hope our British launch will help us bring it to many more families across the country.”