AVID fundraiser Danny Ryan has handed over a large cheque to the organisation at the heart of his current challenge.

The second-generation Irishman has launched an appeal to raise £100,000 for the Ladies Fighting Breast Cancer (LFBC) charity.

Mr Ryan, whose parents hail from Kilkenny and Limerick, launched the appeal in October 2021, in memory of his wife Karen, who died six years ago following her own battle with breast cancer.

Last month he presented the team at LFBC with a cheque for £3,800 – money which was raised at a recent fundraiser held at Casey Joe’s bar in Birmingham’s Acock’s Green. 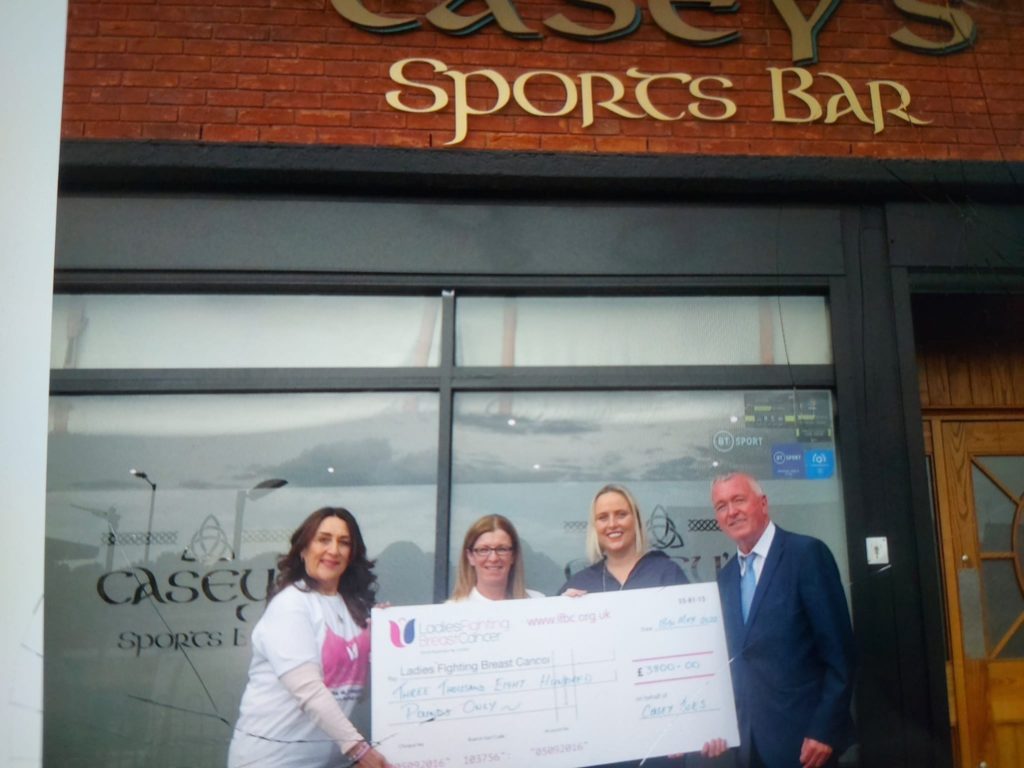 “I engaged the support of Jolene Togher and Caroline Dowling from Casey Joe’s Sports Bar, who as co-managers very kindly agreed to support the appeal,” Mr Ryan told The Irish Post.

“I want to express my appreciation to the management, staff and all the customers of Casey Joe’s who, through our recent Ladies Night and other fundraising activity, raised a wonderful £3,800 for the charity,” he added.

The former Irish Post award winner, who is also the recipient of an MBE, has raised in excess of £2.9million pounds for charities and good causes in the last 32 years.

Following the death of his wife he took a break from the fundraising scene but returned to it last year with the launch of his new appeal.

It was only then that he felt ready to get back to it, he says – and confirms that his chosen charity LFBC were a “great support during Karen's illness”.

“I am continuing to raise money for this charity as it means so much to all women who have been diagnosed with breast cancer as it offers both emotional and practical support,” he explained.