MORE than £50,000 was raised when Dermot O’Leary and a host of musical guests took to the stage at the London Irish Centre last night.

The exclusive event in Camden, titled An evening with Dermot O’Leary and Friends, featured Imelda May, Foy Vance, Liam O Maonlaí, Maverick Sabre and Gavin James among those taking part.

Texas favourite Sharlene Spitteri was also on the impressive lineup – which saw each artist perform two songs, one of their own and a cover with Irish connections.

Poet Stephen James Smith was on the bill too, wowing crowds with two poems – one about his native Dublin and a second about the London Irish community, commissioned by the London Irish Centre (LIC).

Hosted by O’Leary, LIC patron with roots in Co. Wexford, the intimate evening saw just 350 people in the audience and featured a piano on stage that once belonged to the infamous Galtymore Club,of Cricklewood, north London.

“What I love about this place - it’s quintessentially London and Irish at the same time,” O’Leary said of the LIC as he welcomed everyone to the evening’s proceedings.

“This piano here,” he added, “was from the Galtymore Club.

“Many of your parents and grandparents were conceived within 100 metres of this very piano,” he joked, before adding, “but much like this piano, much like half the room here, this Centre is sadly now not for purpose.

“So that’s what tonight is all about. It’s about kicking off the fundraising.” 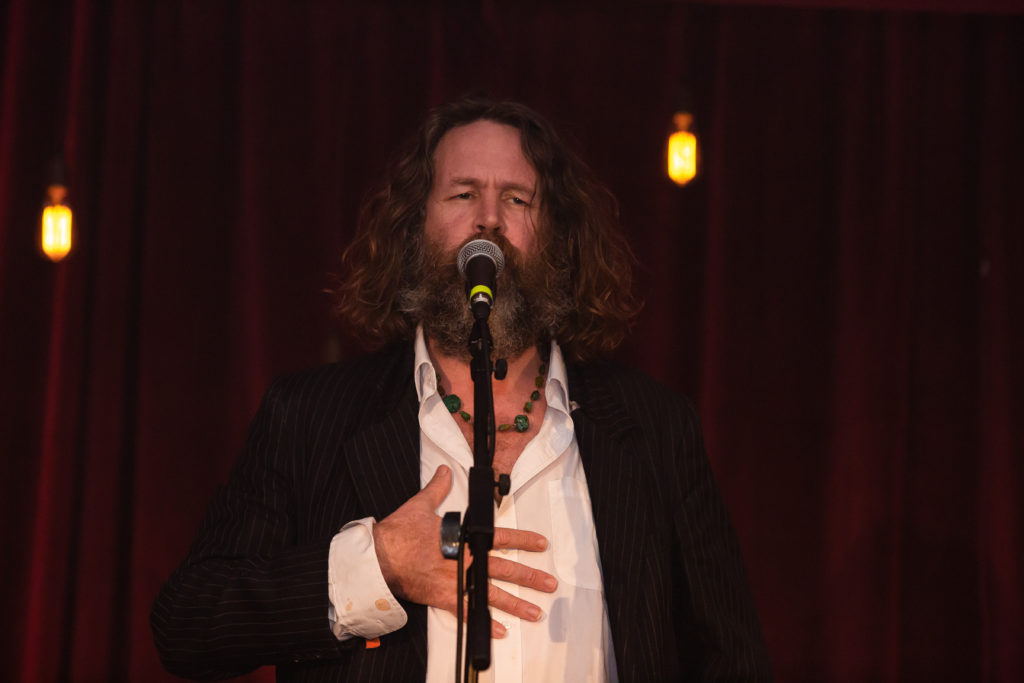 Liam O'Maonlaí gave an atmospheric performance - in Gaelic and English

Stellar performances ensued – with Liam O Maonlaí, of the Hothouse Flowers, getting things started with a song in Gaelic – of which he reassured the audience: “What I always say when I sing [in Gaelic] in England is, ‘I’m not plotting anything against you’ - it’s a love story.”

He followed that with an emotive rendition of Three Sisters, before making way for the second act of the night – Gavin James.

Currently one of the hottest artists in Ireland, James began his two piece set with the song Always, a power ballad which showed off his incredible vocal range, that he described as “a song about sad shit,” but added, “I hope you like it.”

The Dubliner’s second choice of song was another of his own, Only Ticket Home – which he explained was a song he wrote about “what it would feel like to wake up at 4am in Temple Bar”. 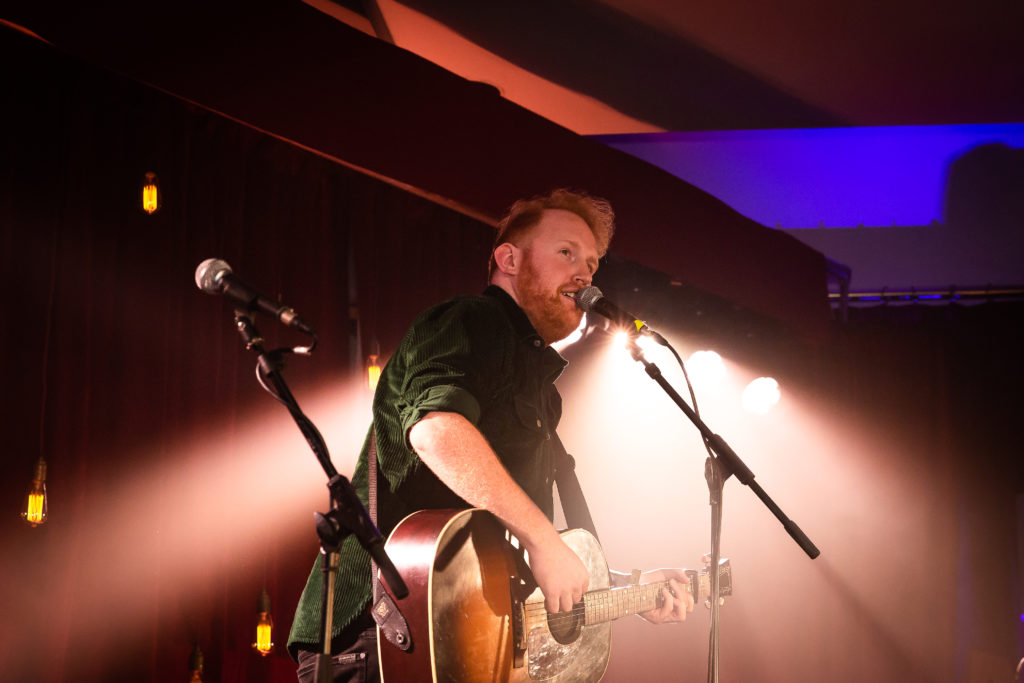 Texas superstar Sharlene Spiteri was next on the bill – and the first to get a standing ovation, after rousing the crowd with her version of the Feargal Sharkey favourite A Good Heart and following it with her own 1997 smash hit Black Eyed Boy.

Spiteri made way for the soulful star that is Maverick Sabre – who was born in Stoke Newington, Hackney, raised in New Ross, Co, Wexford and told the crowd he was “true London Irish” before calling on the room to “make some noise for the London Irish”.

The singer, songwriter and rapper – who it was revealed on the night stayed on fellow musician Plan B’s sofa before he got his musical break in Britain – won the crowd over, with the help of his two accompanying singers, as they harmonised their way through The Auld Triangle. 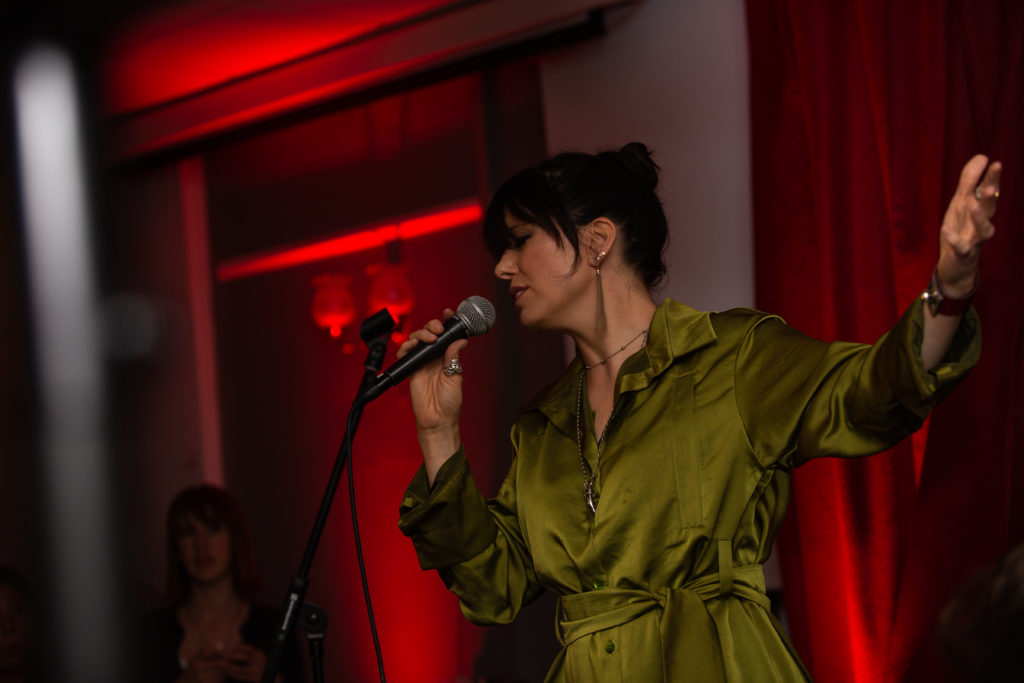 Imelda May gave the final solo performance of the night

He then chose Glory, from his third album, to round of their contribution to the night.

But while the acts were impressive, this was ultimately a night about fundraising.

It was a night which saw the LIC launch an ambitious campaign to raise £15m to “redevelop, reposition and reimagine” the centre.

It follows the announcement of a £1million investment for the LIC from the Irish Government in January 2019, to kickstart its plans to create a centre for the future. 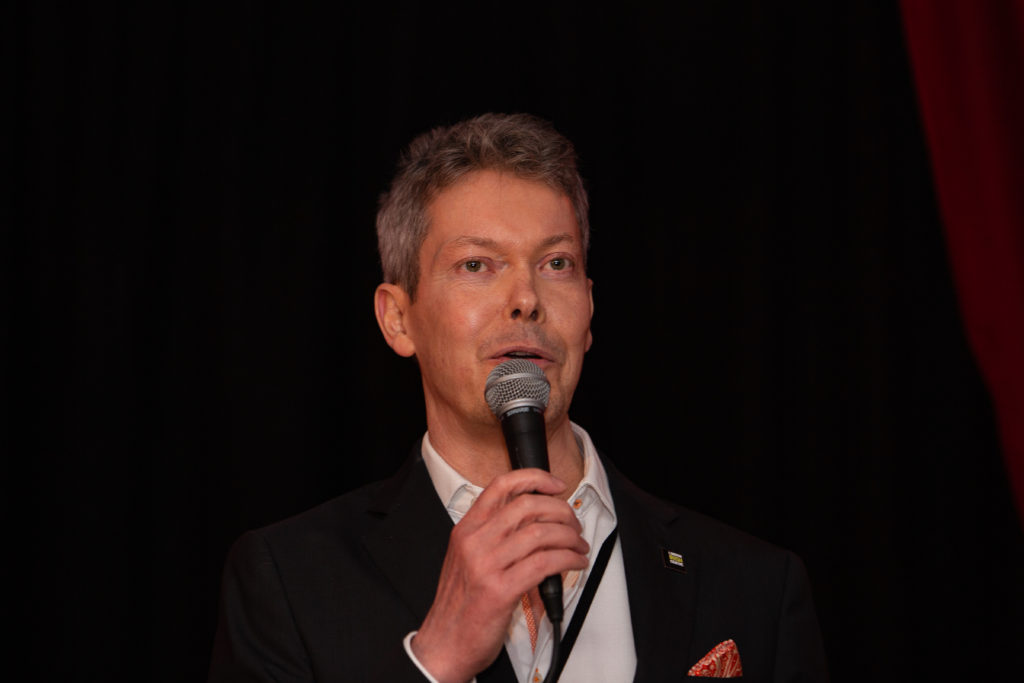 LIC CEO Seán Kennedy explained: “The Centre is tired, old and no longer fit for purpose and we are bursting at the seams.

“So where are we now? We have launched our campaign…and we have raised over £2million in cash and pledges over the past year, but it’s not over yet.

“We are now in the process of launching the campaign to raise in excess of £15million to redevelop, reposition and reimagine the LIC as world class cultural and community centre for the next 70 years.”

He added: “We believe with the support we have already we can do this.”

Mr Kennedy went on to thank O’Leary for his ongoing support for the LIC, claiming since he became a patron of the centre two years ago he has helped it raise £500,000.

His sentiments were echoed by Irish Ambassador Adrian O’Neill, who also addressed the room on the night.

“The London Irish Centre has been at the heart of the Irish community in London for over 60 years. But now it is time to think about the future.

“We have to ensure its beating heart continues into the 21st century.”

He added: “As a patron of the Centre and as a stalwart supporter of the Centre, Dermot has devoted his heart and soul to Ireland and to the Irish community in Britain - and for that I would just like to say thank you.” 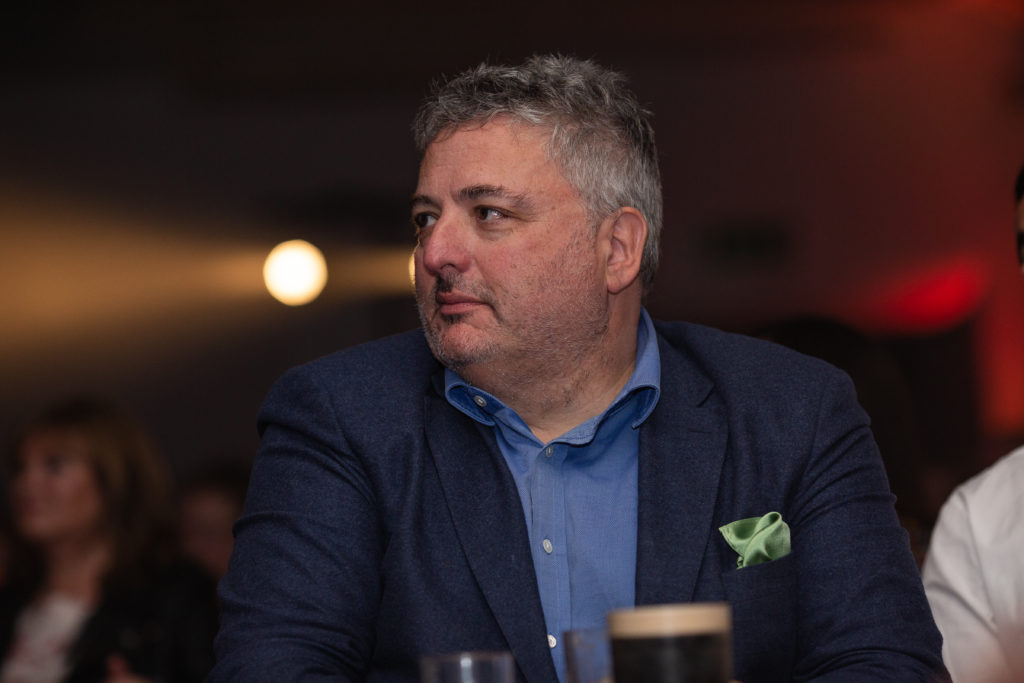 The speeches made way for the all important auctions – led in hilarious style by none other than The Irishman Abroad himself, Jarlath Regan, who managed to persuade audience members to part with a whopping £51,700 in total.

The funds were raised over five auction lots – with the top two a signed Ed Sheeran Guitar, which raised £20,000, and a set of four VIP Glastonbury tickets, which were a surprise donation on the night from music promoter Vince Power and fetched £21,000.

After that it was left to the ladies to wrap up the night – with Dubliner Imelda May bringing the house down with the final set before handing over to Laura Whitmore, who took to the decks as DJ for the afterparty.