Has the Millennium Falcon landed on Malin Head, Co. Donegal?

THE Internet is awash with photos that suggest that the Millennium Falcon, the iconic spacecraft from Star Wars films is in Malin Head in Co. Donegal.

Filming for Star Wars: Episode VIII is due to start this Friday but the towns and villages surrounding  the picturesque Malin Head have been teaming with film crew for weeks now, with more expected to be arriving in the coming days. Many local B&Bs and holiday homes have been booked out throughout May to home the Lucasfilm staff.

Many local B&Bs and holiday homes have been booked out throughout May to home the Lucasfilm staff.

Scroll down for pictures...

They have been joined by tourists who have been arriving in Malin Town each day in the hope of catching a glimpse of the film sets being constructed  for the  latest instalment of the cult sci-fi franchise.

Excited film fans have been posting pictures of what looks suspiciously like a full-scale Millennium Falcon being built on Malin Head.

Malin Head is the most northerly point of mainland Ireland.

Ireland has become the go-to location in recent years for the world’s most popular film franchise with much of Star Wars: The Force Awakens being filmed on Skellig Islands Michael off the coast of Kerry. 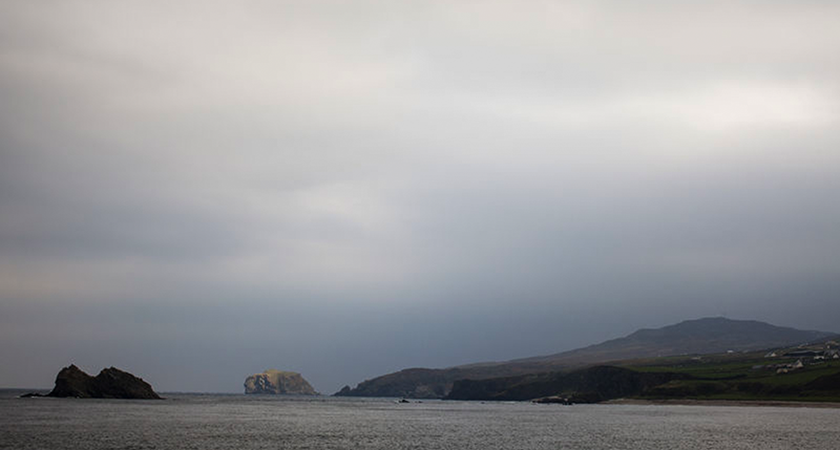 OMG the Millennium Falcon is being Built now down the road at Malin Head. Hopefully heading there soon. #StarWars pic.twitter.com/UQdsomZ0sd