EAGLE-EYED gamers have noticed something very interesting in the new Spider-Man game.

Spider-Man: Miles Morale has been getting raving reviews since it became one of the first games to be released on Sony's PlayStation 5-- not least because it appears to support the notion of a United Ireland.

Reddit user u/gothamite27 first noticed what was either a strange blunder, a hint that the game's creators support a United Ireland, or an indication that the games take place in an alternate universe where north and south are one country. 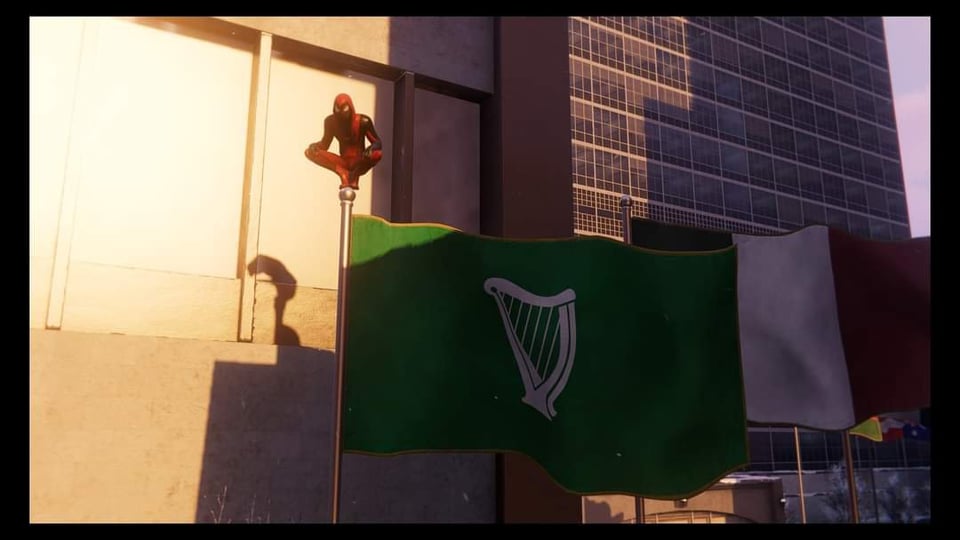 Sharing an image of the superhero sitting atop the United Ireland flag which depicts a harp with a green background, gothamite27 wrote:

"Both Spider-Man games have the wrong Irish flag outside the UN.

"Seems there's a united Ireland in the Marvel universe."

In Irish history, the flag was used by Wolfe Tone and the United Irishmen in the 1700s, who were fighting for an end to British rule in Ireland.

When Ireland became a Republic, and the country was split in two, the Tricolour became the national flag; the use of this harp flag in the Spider-Man games means that in the Marvel universe, either Ireland was never partitioned, or later reunited under the old flag.

Interestingly, this isn't the first time the United Ireland flag appeared in the Spider-Man universe--  in 2018, many players noticed the country's original flag flying in the PS4 game Spider-Man. Who knows-- maybe the Spider-Man games are set in the future? We'll just have to wait and see...