I SEE Niall Horan and his One Direction bandmates are in the news this week. What are they in the news for? I’ve no idea.

I encounter their names and scan to the next story — because I’m an adult and have no interest in the antics of a band of boys aimed at girls aged 5-15. Regrettably, the same cannot be said for newspapers, web and television editors.

Either they care about which cast member of Made in Chelsea is bunking up with which 1D “musician” or they think we do. Neither scenario is heartening.

It’s the newspapers reporting this stuff that really bothers me. On the one hand we’re being told that few people under the age 30 read papers anymore with any degree of regularity. Newspapers tell us this themselves, usually in the latest despairing piece on where it is all going wrong.

Then they tell us that Harry Styles just tweeted a picture of his hamster’s new red T-shirt and that tweet got retweeted by 407,939 others.

Then turn the page for more on how print is dead.

Maybe print is dead. Maybe we hacks are the steerage passengers left on the Titanic after the lifeboats have departed. But we can at least go out like the ship’s band, with dignity, playing until the hull tilts 90 degrees into the sky and then plunges towards the ice.

Reporting on boybands is not dignified; it is a desperate and craven act that will only serve to hasten doomsday.

We should at least try and tell the truth before the ink well runs dry. And the truth about One Direction is that they are appalling.

Previously I looked upon all of these Horan stories with benign benevolence, shrugging the shoulders and thinking “fair play to him, seems like a nice lad” before moving onto the next article. Recently I was in a shop when one of their songs came on the stereo and my attitude changed abruptly — or I woke up. 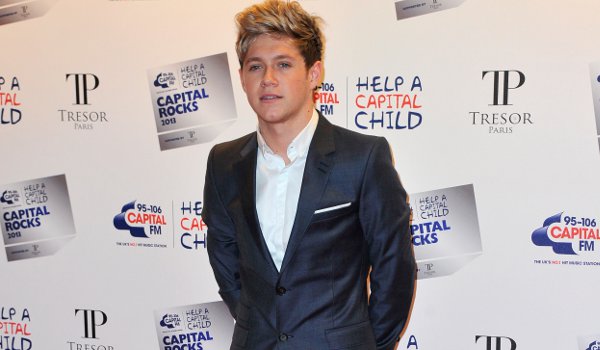 In the queue to pay for a DVD I really wanted, I wasn’t able to flee the scene so had to listen to the whole abominable shebang.

As my ears and brain were tormented by the mindless empty substitute for a beat and a melody I thought about the words of Bressie (He’s on the Irish Voice and is in some band or other if you’re interested. I’m not familiar with his music but now suspect it to be woeful).

He said he was “very proud” of his fellow Mullingar crooner Horan. At the time I heard this I thought, “Ah yeah, seems like a nice lad”.

With the life-draining strains of their latest hit being farted out of the speakers I thought, if aural assault was a crime then Horan and the lads would be serving a three-to-five stretch. Crime should not pay.

It’s a bit sick when you think about it really, but trying to stop it is like trying to change the direction of the wind by clicking your fingers.

These clowns have a role in the circus of modern culture, but to be proud of them, or even benignly indifferent… well that is the functioning of a neutered mind.

All this Cowell crap on Saturday nights that lasted the century so far — that’s the dopamine that has dulled our sense of hearing and subverted our tolerance of what is and isn’t acceptable.

I remember when Boyzone came to Britain, cashing in on the adolescent susceptibility to crap music. I don’t remember anybody saying they were proud of them, or they were “nice lads”.

Now, they probably were and still are nice lads but that’s moot. When you went down the boyband route then it was a Faustian pact: you might get rich, but you’ll be a subject of ceaseless ridicule. People will treat you for what you are: a joke. 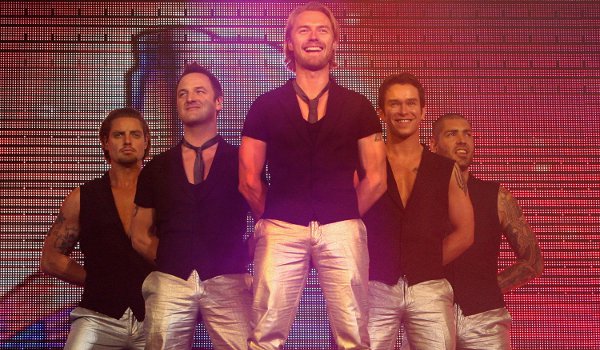 Boyzone were a band to be "truly ashamed of"

Boyzone were something to be truly ashamed of. I first worked over here in 1996/97. People would ask my name. “Ronan,” I said.

“Hahaha,” they said, “like that t*** from Boyzone.” One verse of Love Me For a Reason was all it took to wipe the career of Ronan Rafferty from public memory.

I had to wait the best part of five years for Ronan O’Gara to restore honour to the name.

I don’t imagine any Irish lads are getting grief for being called Niall now. People probably think the association is quite all right. After all, they live in a world where Gary Barlow deigns to speak with authority, where he can claim to be a credible recording artist.

They live in a world where Robbie Williams is practically at the cutting edge.

They think that it’s fine for old boyband members to “rebrand” themselves by cultivating stubble and shooting a video with them driving around the desert in search of a petrol station where they can buy a box of smokes and biscuits for the Labrador in the passenger seat of their rusty pick-up truck.

All this enables them to “grow” with their fanbase.

Seriously, if there are any adults out there who think that Robbie and Gary are worth the bandwidth on their radio then they need to sort their lives out. They need to get down to HMV before it goes the way of the Titanic and newspapers and buy some Springsteen albums.

And if any adults are interested in what goes on in the life and mind of Niall Horan, then they immune to the process of maturity that usually comes with ageing. They won’t like reading much of anything at all and they certainly won’t buy many newspapers.

Printing stories about them won’t help you to “grow” new readers, only ensure the sales figures continue to head in one direction.

Maeve Higgins on... the hassle of an Irish wedding

Maeve Higgins on... dating the English and 'Irish time'