Last night marked the first of Andrew Hozier-Byrne's 5-night residency at The London Palladium, and it was, to put it mildly, something special.

Kicking off the show with the haunting As It Was from his new album Wasteland, Baby!, Hozier immediately created an atmosphere almost ominous in its intensity.

As the curtains raise midway through the first song to reveal an entourage of violinists, keyboardists, percussionists, back-up singers and drummers, the energy of the crowd is palpable, heightened by the obvious natural talent and chemistry between each person on the stage-- to the point where Hozier himself doesn't always seem like the main character in this spider's web of musical collaboration, which may be exactly what he intended. 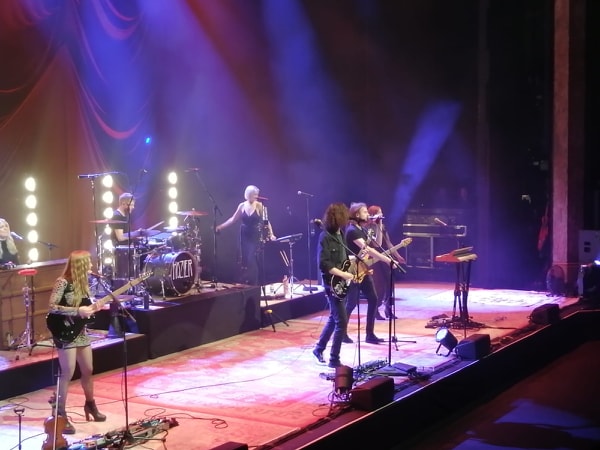 Slow, sombre songs such as Shrike mesmerise the swaying audience of over 2,000 people, while more energetic tracks like Dinner and Diatribes and Angel of Small Death & The Codeine Scene have the crowd clapping and stamping in unison to the beat long after the band have stopped encouraging them to do so-- a feat that should be commended, given that in most concerts the metronomic clapping tends to last less than a minute before it it fades out.

Tracks from Hozier's 2014 self-titled album still gets the most people singing along, but the audience's enthusiasm for newer tracks are obvious, and the incredible energy of Nina Cried Power combined with a video montage of social protests including Ireland's 'Repeal The Eighth' movement results in an intense, rallying atmosphere unlike any other.

The exuberant talent of every single performer must be noted-- as Hozier duly did, thanking each person on stage by name twice. Back-up singers played percussion, bassists performed back-up vocals, the violin was switched for guitar, and Hozier himself switched instruments multiple times throughout the set. 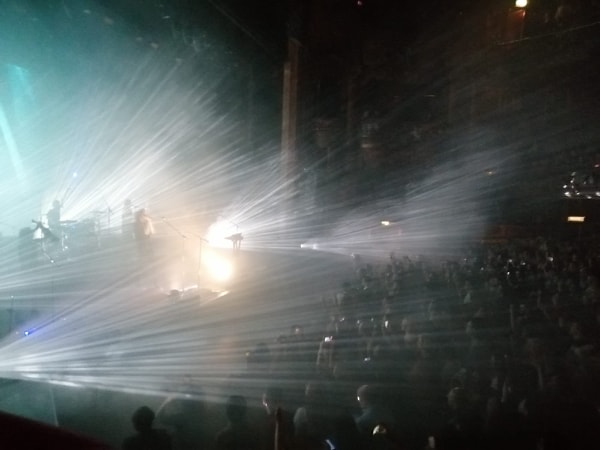 Other outstanding features included an incredibly impressive lightshow which in equal parts obscured and illuminated the performers while decorating the iconic London Palladium in dancing white light; a short, casual lecture about the imminent heat death of the universe; and Hozier dedicating a song to a couple in the audience who had gotten engaged at a previous Hozier gig to that very same track.

World-renowned Take Me To Church marked the crescendo of the set, followed by three minutes of constant cheering and calls for an encore which only got louder until Hozier and his entourage of talented musicians returned to the stage for the gorgeous Cherry Wine, which had every single individual within the walls of The Palladium singing along, before eventually finishing the experience with fan-favourite Work Song.

Hozier's voice remains one of the most impressive in any musical act today, with many of the live tracks almost indiscernible from the studio versions.

His pure and genuine talent combined with his graciousness and pure ability to control a crowd gives the sense that he was born to do exactly this: living his dream while also shining a deserving spotlight on others, such as his brilliant supporting act David Keenan.

There is power in compassion, which might be what Andrew Hozier-Byrne has set out to demonstrate-- and has done so brilliantly.

Hozier on his debut album, overnight success and breaking the US