Rhythm of the Dance 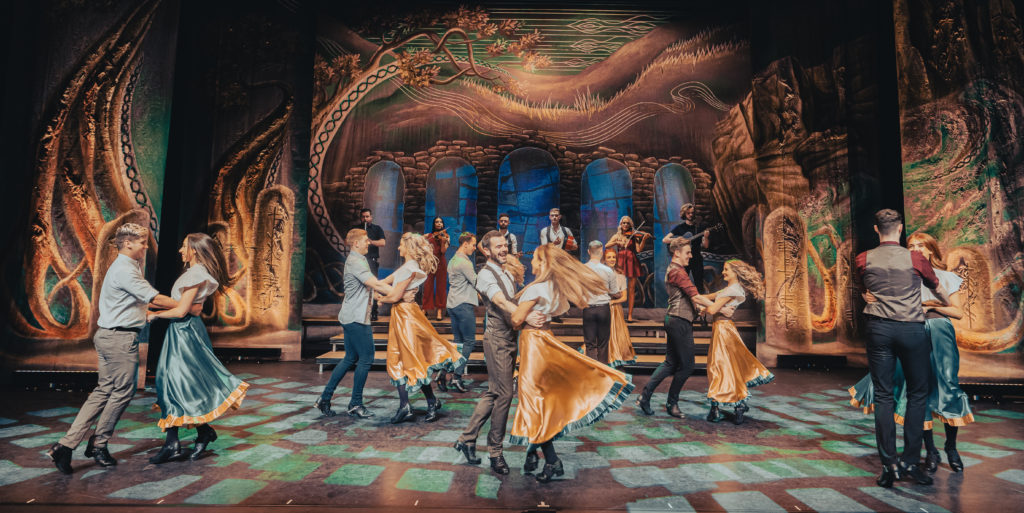 CATHERINE MURPHY sees Rhythm of the Dance at The Alban Arena, Hertfordshire and gives it five stars

THE DANCE tour manager Ken Cavanagh confirmed what soon became obvious — the dance troupe were delighted to be back onstage after the pandemic lockdown.

Ken’s father, Co. Sligo native Kieran Cavanagh, is the award-winning producer of the show, having promoted internationally-renowned shows for many years. Famously, he brought Johnny Cash to Ireland four times.

Now in its 23rd year, Rhythm of the Dance has been honed to a point where it’s an authentic Irish offering featuring some of the best exponents of dance, song and traditional music.

Kieran has assembled a team with impeccable credentials. Lead dancer/choreographer and creative director, Meath man Dane McKiernan, joined the company in 2007. He followed this with a stint touring worldwide with Riverdance before winning a Sky TV talent competition Got to Dance with the group Prodijig. They toured extensively.

In 2014, Dane returned to Rhythm of the Dance bringing an added dimension to multiple aspects of the production.

Amy Prior, from Woodford Green, London, is the female lead and dance captain. Dancing since the age of 3, she has achieved impressively high rankings in world championships.

The costume designers are of the highest calibre, having graduated from Limerick College of Art, the London College of Fashion and the National College of Art and Design, Dublin. Set designer, Ciara Cramer, has worked with The Gaiety Theatre and as a scenic artist on more than twenty major productions – her influence embedding Irish mythology and folklore with imagery of Ireland’s spectacular topography such as The Cliffs of Moher is breathtaking.

Rhythm of the Dance is a colourful, high energy Irish music and dance spectacular from start to finish. The audience were immediately engaged from the opening scene (Genesis) when Georgina Donovan took to the stage and sang in the haunting sean-nós style.

This complemented beautifully with versatile soloist/guitarist/fiddler, Laura Doherty whose vocals included the ballad Caledonia, as well as Molly Malone in the pub session segment accompanying a whirling group céilí dance – the mayhem of the hooley! 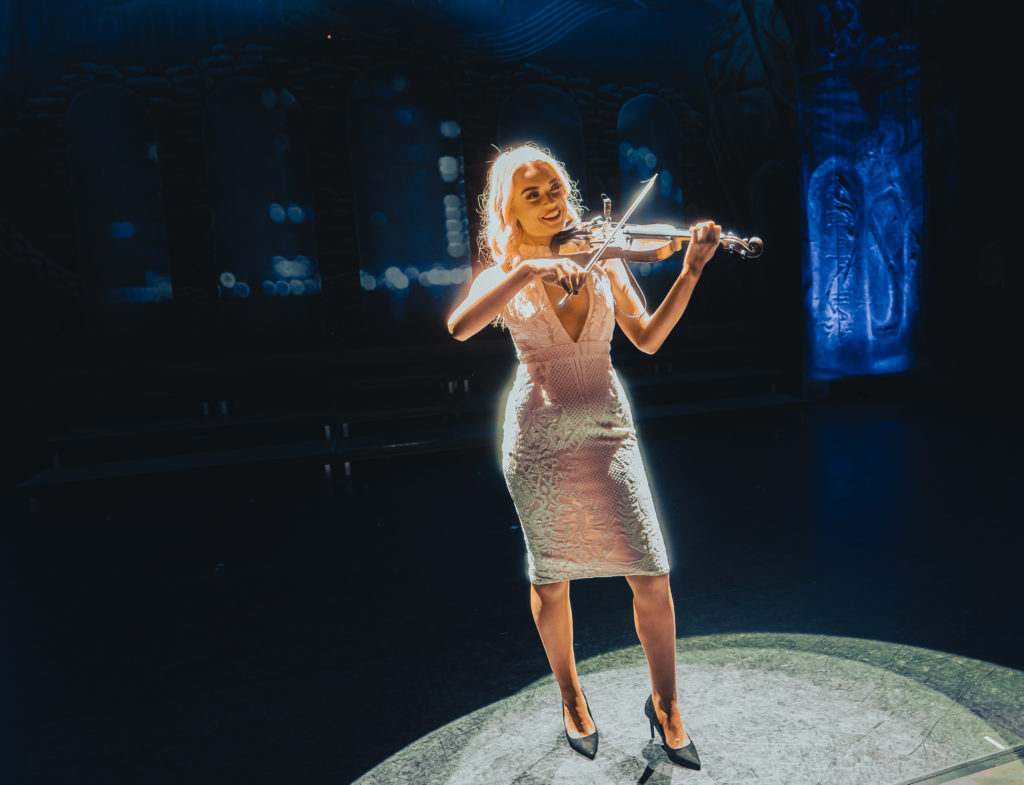 The beautiful tones and harmonies of both singers were captivating. From their anthems to the rousing hand clapping, foot tapping inducing classic Irish songs, which had the whole audience participating, they embodied the spirit and vitality of Irish music which excites theatre-goers.

From the opening haunting Celtic sounds to the driving rhythms of the finale, the show brought the audience on a journey of Irish music, dance traditions and history punctuated with a modern edge. The up-to-date beats and a fusion of styles, including the fun and flirtatious soft shoe pieces from the female dancers contrasting with the intensity of the male hard shoe routines added a memorable dimension to the dynamics of the production and culture of the music and dance.

The dancers were sensational. Their incredibly fast footwork, synchronisation and seamless transitions into a variety of visually exciting formations brought the music to life. The raw power and energy of the male dancers and grace and precision of the female troupe were impressive and showcased the athleticism of the dance, particularly when driven by the exceptional musicians who pushed the tempo and energy.

It’s a large cast. Everyone’s contribution is compelling with some performers on stage almost all of the running time of 2 hours —namely Naoise Carty, whose musical prowess on fiddle shone through as did that of Michael Gaffney on bodhrán who mesmerisingly accompanied dancer Amy in her display of intricate footwork. The musical conversations between the dancers and the musicians demonstrated rhythmical complexity and talent.

For those who like statistics, Rhythm of the Dance has played to sell-out audiences in over 50 countries and has been streamed online reaching more than 7 million people.

Dane McKiernan told The Irish Post that the enforced lockdown led them to totally re-evaluate the production. The show has always evolved for the better but the arduous international tour schedule has meant adapting it necessarily had limitations due to time constraints. The radical changes undertaken when theatres went dark were premiered in 2021 in Derry and across Scandinavia as the show returned to global touring garnering standing ovations.

The show in St Albans did not disappoint. The passion of the cast was evident. Dane’s beaming smile was ever-present.

Rhythm of the Dance is a fantastic production, which will entertain fans of traditional and contemporary forms of Irish step dancing alike.

Rhythm of the Dance tours the UK until July 31

What is the Jerusalema challenge, how did the challenge start and how can I take part?

WATCH: Radiographers in Limerick hospital dance in PPE to keep spirits up