1. The Beatles first fan was Irish. The Beatles Tune-In author Mark Lewisohn tracked down Pat Moran who was originally from a strict Irish Catholic home in Liverpool. In a letter written to Pat from 1960 Paul McCartney described her as the band's "number one fan." As Lewisohn suggests something in The Beatles story touched Pat deeply, her father wasn't such a fan sending his daughter to confession after committing the "sin" of chattering about The Beatles non-stop. She sent food parcels, gave them money and even arranged a holiday for the struggling musicians before losing touch when joining the Royal Air Force.

2. The notoriously private George Harrison came from an Irish Catholic family on his mother's side. Unusually for the time his grandparents never married. The Beatles Tune-In author suggests the secretive aspect to his family and their suspicion of "nosy neighbours" had a lasting effect on Harrison's attitude. 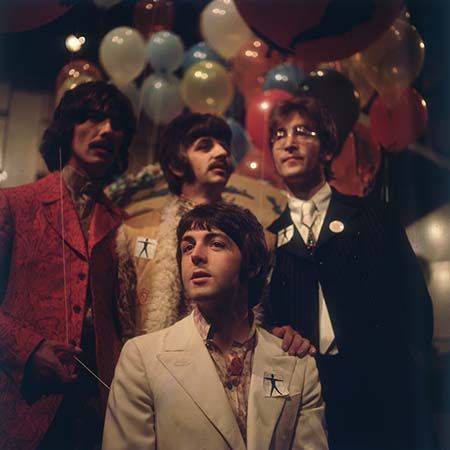 3. John Lennon's mother Julia survived an IRA bomb on 3rd May 1939. Julia Lennon worked as an usherette in the Trocadero cinema where one of two tear-gas bombs went off that night. There was no loss of life but fifteen patrons were treated in hospital.

4. While Ringo Starr is often described as the most English Beatle Mark Lewisohn describes one family line going back to County Mayo suggesting all four of The Beatles can be accurately described as having ancestral roots in Ireland.

5. Contrary to popular opinion Brian Epstein never forced The Beatles to wear collarless silver suits. He did make them aware of the fact that he couldn't book the best venues unless they cleaned up their act by ditching their unkempt denim and leather look while quitting the bad habits of smoking, drinking and eating on stage. Epstein simply presented the information to Lennon and left the band's leader to make a choice to present to the rest of the group.

6. John Lennon didn't know it but a press shot of The Beatles from 1962 in front of a tea warehouse on Liverpool's dock road was the exact spot where his ancestors first arrived in Liverpool during the Great Famine.

7. While folklore has The Beatles as Liverpool F.C or Everton supporters none of the band were actually the least bit interested and remained indifferent about the beautiful game. Despite that Liverpool centre-forward Albert Stubbins appeared - along with many other famous faces - on the cover of Sgt Pepper's Lonely Hearts Club Band. Paul McCartney's Everton supporting family took him to Goodison Park as a youngster and Ringo's family did the same at Anfield but the family tradition didn't catch on with either. 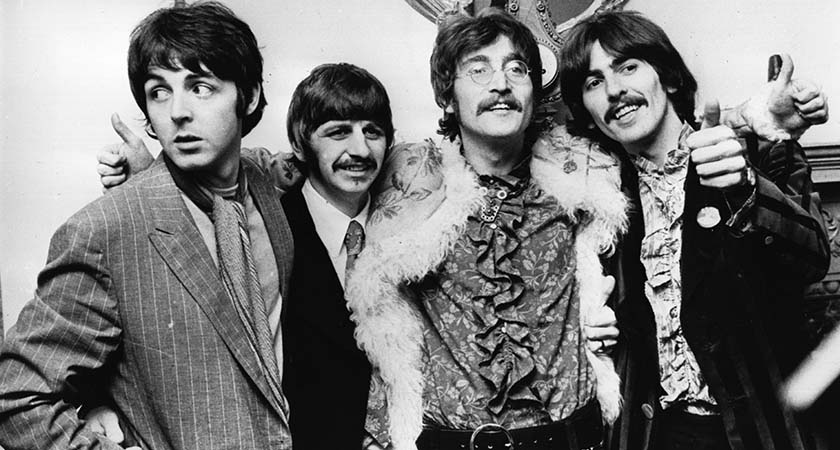 8. Perhaps one of the biggest myths Mark Lewisohn has dispelled has been how their producer George Martin was immediately impressed by the band. The truth is that he was never in favour of signing The Beatles at all but was forced into it after having an affair with his secretary and put under pressure to take them on.

9. John Lennon was desperate to find out more about his family roots and hired genealogists during the height of his fame. Unfortunately they were hopeless and as a result Lennon knew very little about his Irish heritage.

10. Rain the b-side to Paperback Writer is one often played in whole or in part by U2 on tour. It was recently claimed that the song was written in Edinburgh. The Scottish capital was a place close to Lennon's heart, he often referred to himself as Jock Lennon, irreverently adopting a Scottish accent. He was also a fan of The Sunday Post's cartoon strip The Broons. The harmonica played on Love Me Do is also potentially one he was gifted by an Edinburgh bus driver while visiting his Scottish family as a teenager.