"SURE DIDN'T the Lord himself stop off at the Father Ted tour before he gave himself up for the world?"

Father Ted is one of, if not the, most famous shows ever to come out of Ireland, making legends of Ardal O'Hanlon, Dermot Morgan and more, and it remains a firm favourite both here and beyond.

While everyone knows the iconic show is set on the damp rock of Craggy Island, the real-life setting was shot almost entirely in County Clare in the west of Ireland.

Everything from the parochial house to the Biggest Lingerie Section in Ireland (so I understand) was shot across the county, from Lackareagh to Ennis-- and if you visit the county you can get a fantastic guided tour from Father Ted experts, some of whom were even involved in filming the show.

'Ted Tours' offers fans of the show the ultimate Father Ted experience, allowing them to follow in the footsteps of Ted, Dougal, Jack and Mrs Doyle, drinking in the local pub, visiting the parochial house, attending a mobile mass-- and perhaps even bumping into the real Mrs Doyle for some tea and cake (there's cocaine in it! No sorry, not cocaine. Raisins.)

The tour brings you across the county, from the Parochial House to where Ted and Dougal filmed their video for 'My Lovely Horse' and the pub where Ted made a powerpoint presentation insisting he wasn't a racist (You are even allowed, nay, encouraged, to have a drink or two while you're there!).

Visit the Father Ted plaque, erected by the organisers of the annual TedFest and unveiled by the show's creators; spy on Mrs O'Reilly's house, the roundabout and the site of the 'mobile mass' from the iconic Pat Mustard episode; visit the Holy Stone of Clonrichert and the Cliffs of Moher-- and even have a screeching competition in the Very Dark Caves (also known as The Aillwee Caves in the Burren). 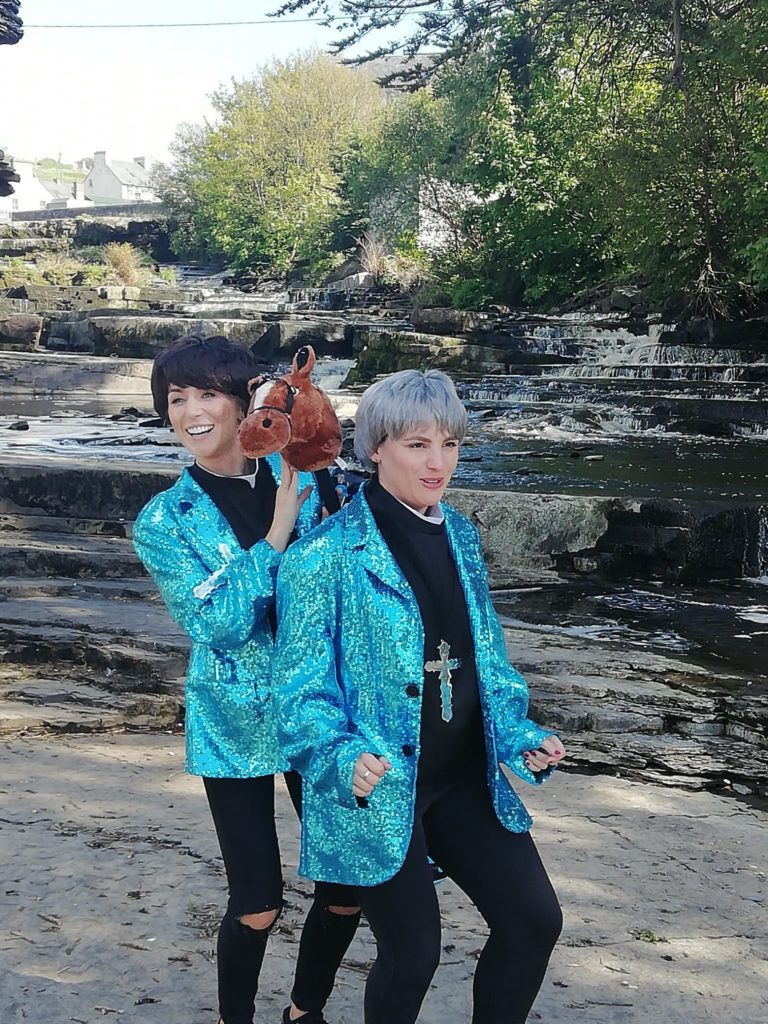 You can customise your trip with a half-day group trip, or for larger parties you can book a private guided tour; each offer different locations, but both are guaranteed to be a fantastic day out.

Ireland is currently under strict Covid-19 measures, which means for the time being, the Ted Tours are only going ahead virtually (check them out here) and an app will be launched next week which will allow people to take their own self-guided tours.

But the country is slowly opening up again, with 'staycations' being encouraged for the summer, and it won't be long before the in-person Ted Tours will return-- The Irish Post has learned that Ted Tours plans to open this year for private groups, with the hopes large mixed tours can resume next year.

Ireland is home to Europe's biggest Matchmaking Festival, and has resulted in 3,000 marriages