A BRITISH retail chain claims it has made the hottest supermarket curry ever after a customer complained their existing curries were hot enough.

Morrisons launched the Flaming Fiery Phaal in response to customer Paul McCourt, who said their Volcanic Vindaloo, launched last year, was ‘not hot enough by any standards’.

To create their challenging new curry, Morrisons chefs drew inspiration from Birmingham’s Bangladeshi restaurants, the home of the phaal, which is often considered the fieriest curry in the world.

Vimal Dhananjayan, who developed the Morrisons curry, said: “We love to hear back from customers and were happy to take on Paul’s challenge.

“The difficulty when making a phaal is to make sure it’s got as much flavour as it has heat. 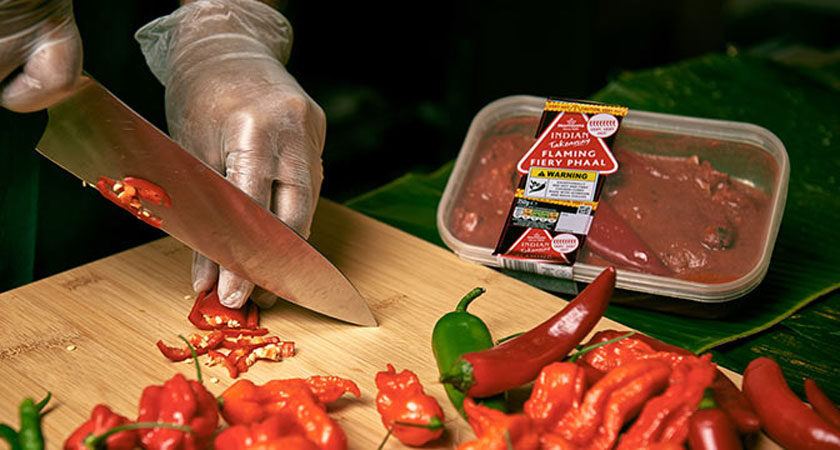 “But we think we’ve pulled it off and we’re really glad Paul approves.”

The curry, which has an eight-chilli warning rating on the packaging, was launched on October 8 to coincide with Britain’s National Curry Week.

The box of 12 onion bhajis contains three that are extra spicy for those who want to take a heat-filled gamble.