Eight Irish counties and towns that have British namesakes

LOCATED THROUGHOUT both Ireland and Britain are towns and villages that share their names.

Here are a few of our favourites...

At a distance of 188km apart, the two Bangors can be found on the coasts of Northern Ireland and Wales. The Northern Irish town is home to just under 60,000 residents, which makes it the country's fifth biggest town.

Across the Irish sea, the Welsh Bangor is home to a considerably smaller population of 18,000 people.
10,000 of its residents are students who attend the local university, named after the town.

Nestled away in the Gloucestershire countryside, the small village of Kilkenny shares its name with both an Irish city and county.

Located five miles from the town of Cheltenham, Kilkenny houses only a few residents. A local pub owner says the name Kilkenny is thought to have been taken from a nearby farm, originally named Kilkenny after the capture of Kilkenny town in Ireland by Cromwell in 1650.

Unbeknown to many, the large English city of Newcastle (Newcastle Upon Tyne officially), shares its name with a small Northern Irish seaside town. Commonly known for its football team, the much larger Newcastle is home to 280,000 people.

Its Northern Irish namesake sits beneath the Mourne Mountains and has a far more modest population of just over 7000. The town is also known for The Royal County Down golf course, which hosted the Irish Open tournament last year. 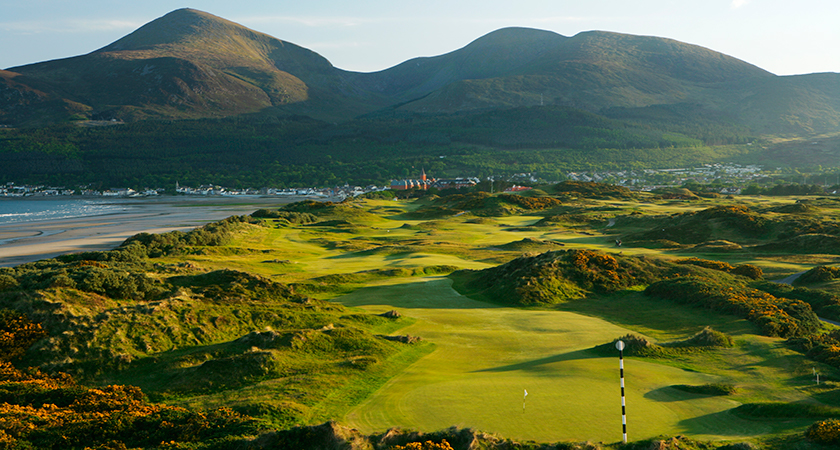 A view looking down The Royal County Down Golf Club, with Newcastle and the Mourne Mountains in the background (Photo by David Cannon/Getty Images)

Not to be confused with LA's Hollywood, both England and Northern Ireland have their own Hollywoods. The English Hollywood is located 20 miles south of Birmingham in Worchestershire. The small town of Holywood (with just one 'l') can be found in the outer suburban area of Belfast.

A popular name in Britain and Ireland, 16 Newbridge's can be found throughout the two countries. The largest Irish Newbridge is located in County Kildare with an estimated 21,000 residents while one of its significant British namesakes can be found in South Wales. Newbridge, County Kildare is sometimes referred to by its Irish name Droichead Nua.

The small scenic town of Newport in county Mayo is home to just 700 people. It is known as a great place for fishing due to its location along the Black Oak River.

Its namesake in Wales is significantly larger in population with 145,000 residents. Located 12 miles away from the Welsh capital Cardiff, the seaside town is home to a large beach while only being a short drive to the Brecon Beacons mountains. 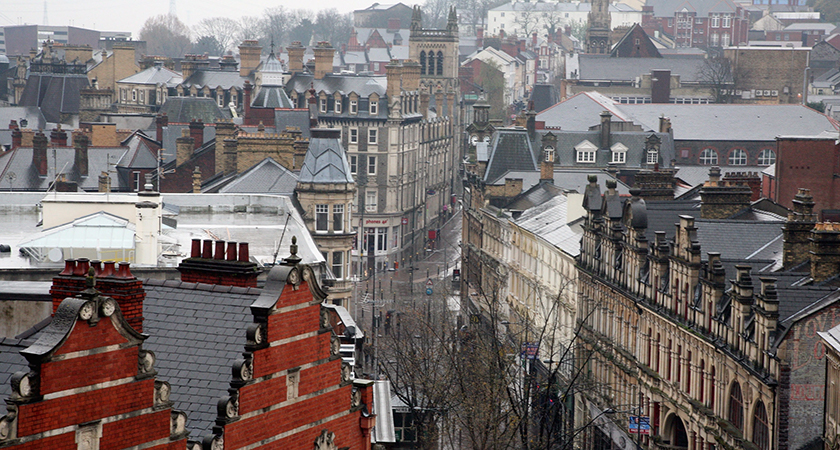 A general view of Newport, Wales, which shares its name with a small Mayo town. (Photo by Matt Cardy/Getty Images)

Another example of Irish and British place names that names differ by just one letter. The towns of Midleton, County Cork and Middleton, Greater Manchester lie about 580km apart.

The Irish Midleton (just one 'l)  can trace its origins back to a 12th-century monastery that existed for 500 years. Just north of Manchester, its English namesake (two ls), has a population of 42,000 people and was a hub for textile manufacture in the 1900s.

And finally...there's an Ireland in Bedfordshire

Did you know that Ireland is also a tiny Bedfordshire hamlet? The quiet hamlet of Ireland is located eight miles away from the county's main town Bedford.

According to Wikipedia, the hamlet was known as Inlonde in the 16th century, but we think Ireland's got a nicer ring to it.

Do you know any other Irish towns or cities that have British namesakes? Let us know below or on Facebook or Twitter