Fear of unemployment plagued me after leaving university

RONAN Early once told me a deep dark secret — from one Irishman to another.

Never one to shy away from a chance to impart some wisdom, he uttered it to me as I bemoaned the fear of unending unemployment that plagued me after I left university.

“Everyone complained about the recession in Ireland during the 1980s,” he said (more or less), cutting through my whimpering.

“They said it was so sad that there were no jobs and all these young people had to leave.”

That is a recognisable narrative — one that features heavily in the Irish media today and one that makes sense to me.

But I knew Ronan, a die-hard contrarian, was not about to conclude saying “and that is true”.

“The thing, though, was that those young people who stayed in Ireland loved it,” he duly resumed.

“There was no pressure to get jobs because everyone knew that there were none. So they could do whatever they wanted.”

My memory fails me over what he said after that. But the general point was that many were far from crushed by weekly dole trips to the local post office.

That was a million miles from my experience of job-hunting. And I would venture that I am not alone in this.

Ronan tries to make light of the CV gap that was one of my bogeymen. Maybe, one day, I will come to agree.

But as I sat paralysed in front of my computer for weeks, it felt more like a CV chasm than a simple gap. The only thing I could think about were the horrifying youth unemployment figures and the friends who had already gotten jobs they hated.

The First Class philosophy degree I had spent three hard years earning at a top university felt like it meant nothing. On the contrary, it felt like it was there to mock me, framed in sarcastic pretension above the computer as I knew not what on earth to do next. 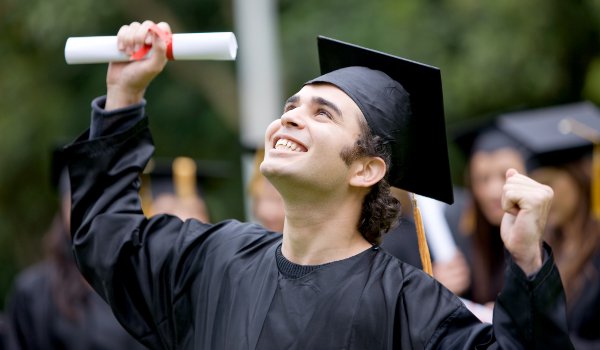 "My First Class philosophy degree felt like it meant nothing!"

I knew that I wanted to do journalism, but thought there were no doors open to me. The last thing I wanted to do was go back to university and do a Master’s degree.

Yet the thought of a journalism training course, when I had heard so much about the media’s death and the disappearance of local papers and the entry-level jobs they provide, did not feel like an answer.

Law was another option closed by my aversion to it (“only bad philosophers become lawyers,” they say in philosophy departments) and the need for further study.

And all the job websites provided me with even less hope.

They seemed to offer only two options; those fear-inducingly dull jobs that contain the word “consultant” and hyper-competitive “graduate schemes” that set you on a path to middle-age after an application process that is itself as time-consuming as a part-time job.

Those career fairs, where you wade through a sea of similarly confused and scared young people as prospective employers look on in awe at their options.

Ronan seems to think such people are just “obeying the man”, trying to get work because it pays and is what you are “meant to do”. It was not like that for me though; I just wanted something to do with myself.

My lowest ebb came on the day I did two things. I seriously considered applying to become a teacher just because it seemed to offer stability and I also asked my dad to see if his barista friend in Costa could get me a job.

A day or so later, The Irish Post responded to a letter I had written at the beginning of my job hunt, offering me part-time work. I seized it.

Two months later I had fallen into a full-time job in the industry I desperately wanted to be in but thought I stood no chance of entering without diving into the CV chasm. 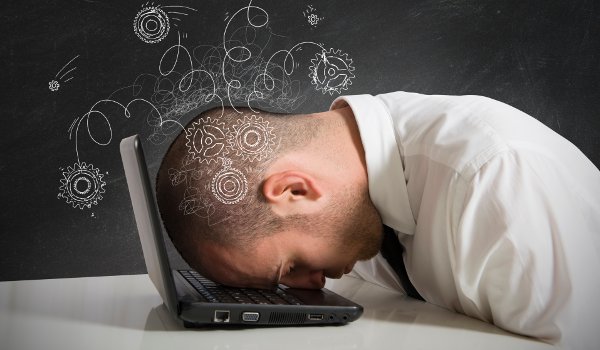 "As I sat paralysed in front of my computer for weeks, it felt more like a CV chasm than a simple gap"

Ronan would criticise me here for not following my heart. If I had just pursued journalism completely and concentrated on my passion for it, I would sooner or later have made it.

That, to the person who had just left university and was consumed by fear, was not an option.

As I look back on that time, I think that it is kind of sick how things work. If you love what you study at university and are a perfectionist (both applied to me), you will never work harder than your last few months at university.

And then, still used to the crazy studying hours that preceded your finals, you will be plunged into a world of insecurity. What is worse, I know a number of people who were not as lucky as me.

To me the solution is quite simple.

A lot more needs to be done to integrate degrees that do not lead to jobs with employers. Careers advisers need to play a greater role in ensuring that as many such students as possible fill their summers with internships that put them in touch with employers.

I hope to God that Ronan Early does not apply for such a role.

I can just see the conversation now.

“I’m freaking out Ronan, I have been unemployed for a month and it feels like I will never have a job,” says the nervous student.

Ronan replies: “Dude, have you thought about travelling? You should do that Jack Kerouac thing, man, and just, like, travel the US. You dig?”

The funny thing is that he said that exact thing to me at a lunch at some point during my first months at The Irish Post.

Maybe he is right though. Maybe my generation is squandering their youth. It certainly feels like that sometimes.

But his road to nowhere offer is not as helpful as he thinks for those who already feel like their life has stalled.