She made her home in Manchester, where she and her late husband raised a son and daughter – and she now boasts seven grandchildren and 14 great-grandchildren. 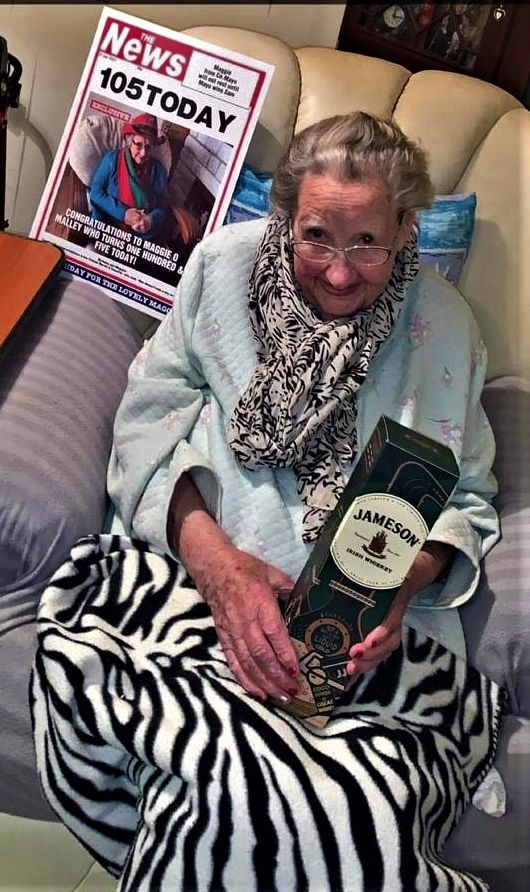 Maggie received more than 200 birthday comments on the Manchester Irish Facebook page over the weekend, including a personal video message from country star TR Dallas.

The impressive Irish woman previously told The Irish Post that the key to long life was enjoying a hot toddy before bed every day.