A BOY from Cork has written a heart-warming letter to his football idol, Shane Long, asking him not to leave Southampton Football Club.

Fota Island Resort was chosen to be the Republic of Ireland football team's training camp from May 30 to June 3.

Shortly after meeting his idol Stephen wrote this lovely letter to him asking him not to leave his favourite club. 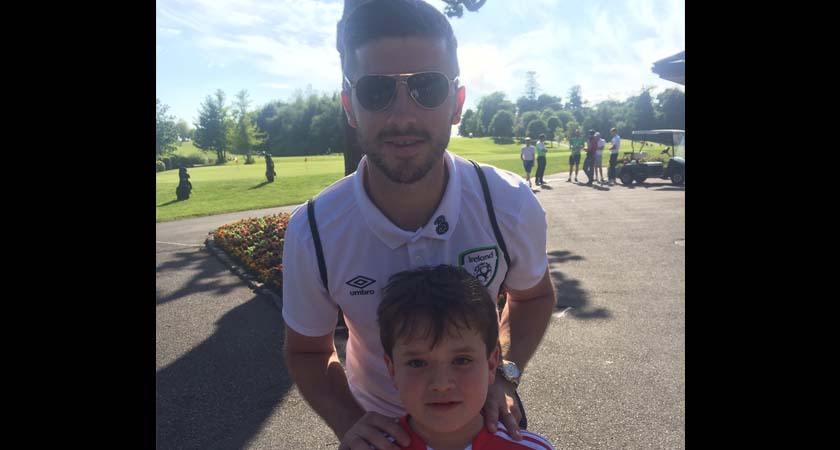 Scroll down to read the letter from Stephen...

The letter, which has been tweeted to Shane Long by Stephen's father, Terence, said that Long is Stephen's favourite football player and that he loves the celebrations that he does when he scores.

Stephen's letter says he hopes Long will stay at Southampton FC and that his dad is annoyed that the club's former manager Ronald Koeman had left.

"Stephen plays soccer with me in the garden and always wanted to be Shane Long," he told The Irish Post.

Shane Long has been playing at Southampton FC since 2014, making 60 appearances and scoring 15 goals.

He has been a key player for the Republic of Ireland at the Euro 2016 tournament, playing in all four matches and making the assist that led to Robbie Brady's penalty goal against France last Sunday, June 26.

Read the letter in full below... 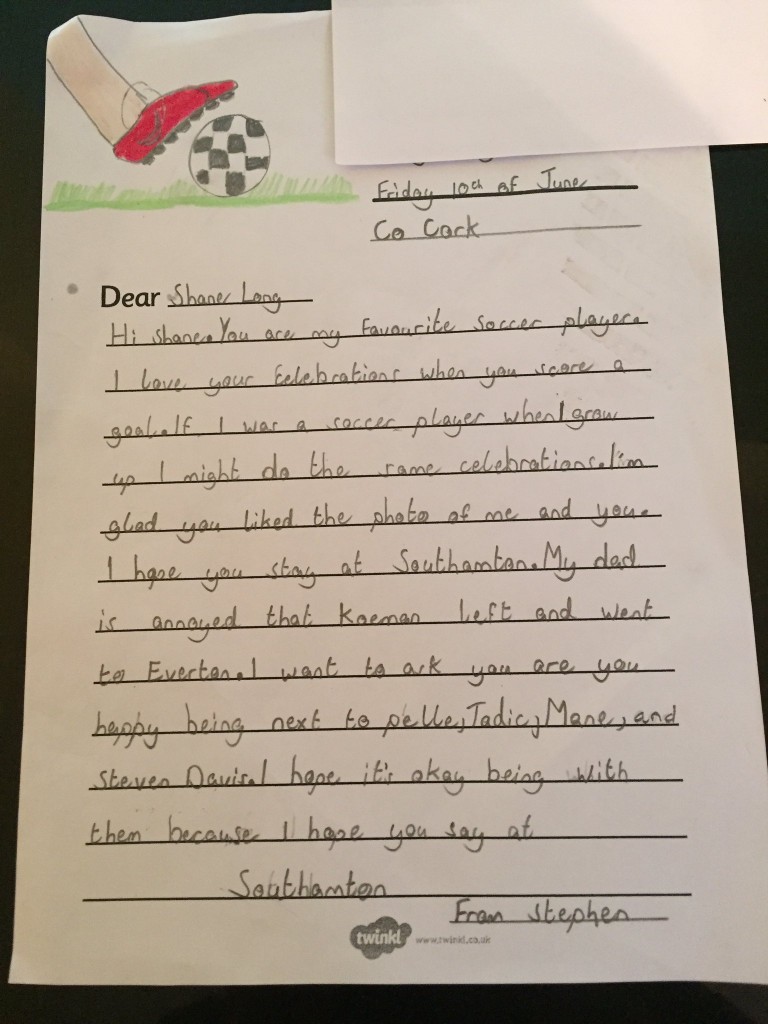