AN Irish woman has stockpiled over 1,000 potato waffles after Birdseye pulled the products from shelves in Australia and New Zealand.

Shipments to the Southern Hemisphere ceased at the end of April after the company discontinued the frozen delicacy.

Such is the passion for potato waffles among Irish expats down under, that a Facebook group was set up to celebrate them with over 2,000 followers.

The Birdseye Potato Waffles Fans Australia page was the first to announce the devastating news that they were gone from shops.

Since that news broke, one dedicated Irish mum living in Victoria got her hands on over 1,000 Birdseye Potato Waffles before they ran out. 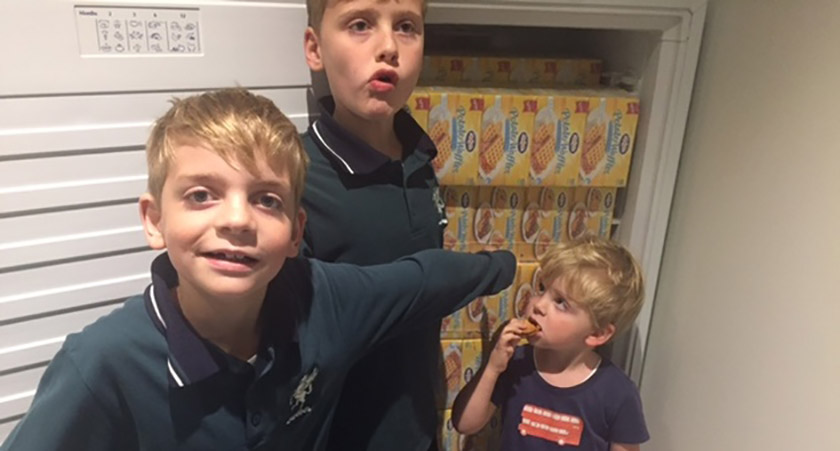 Tizzie Hall, originally from Dublin, went out and bought 130 boxes of 10 waffles after reports surfaced that their days were numbered.

Tizzie shared a photo of her potato-filled freezer, and it was soon shared by a number of other waffle enthusiasts upset with Birdseye’s decision to withdraw the product from shelves.

All’s not lost though, and Tizzie’s three sons Darragh, Cillian and Ciarán are at least delighted to have enough waffles to last them through the winter yet.

WATCH: Schoolchildren in rural Australia expertly belt out a song in the Irish language