In pictures: Birmingham goes green as St Patrick's festivities get underway around Britain

AS the St Patrick’s festivities got underway in Britain this weekend, the Irish turned Birmingham into a sea of green on Sunday.

More than 80,000 people took to the streets of Britain’s Second City today for what is the third biggest St Patrick’s parade in the world, behind Dublin and New York.

As well as the parade, which went from Camp Hill to Digbeth, revellers also took part in the traditional Emerald Mile Fun Run.

With Sharon Shannon headlining the entertainment on the St Pat Rock’s Stage, our photographer Chris Egan was there to capture the best of the fun and festivities… 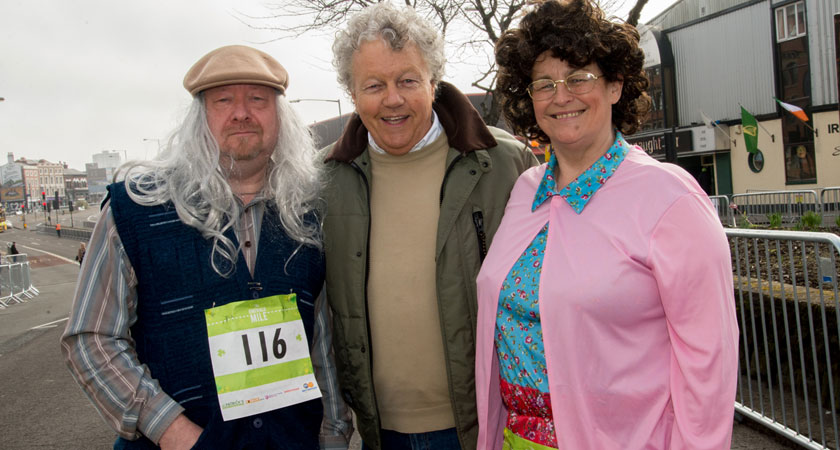 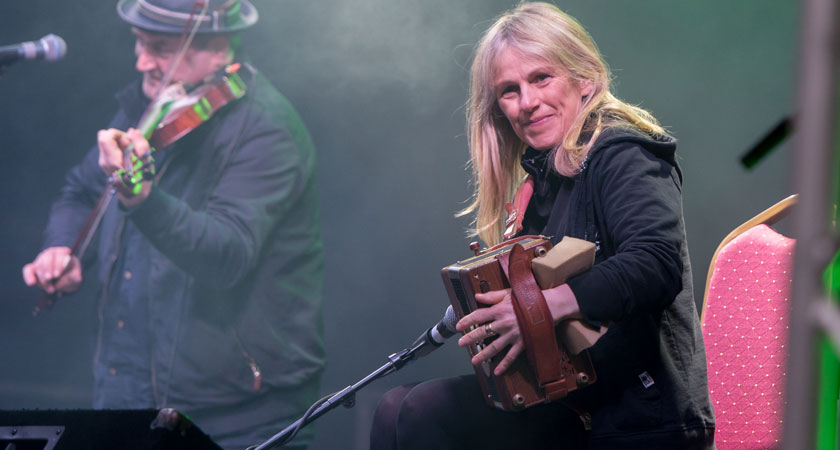 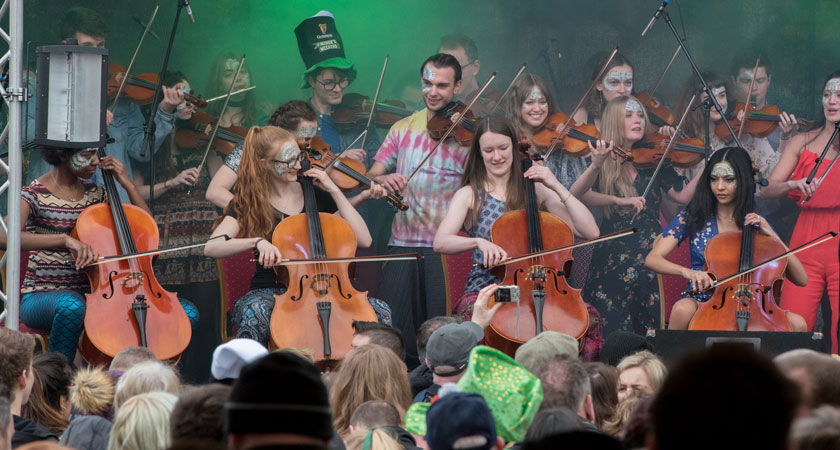 St patrick and a young pal lead the way 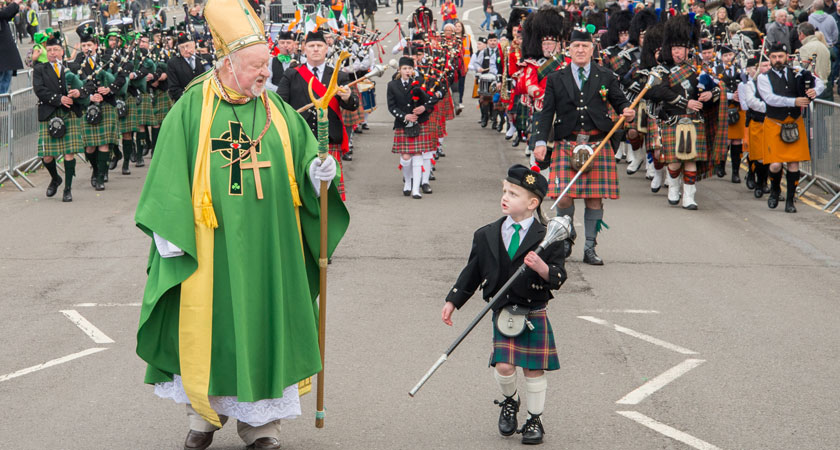 The Peaky Blinders even let their hair down 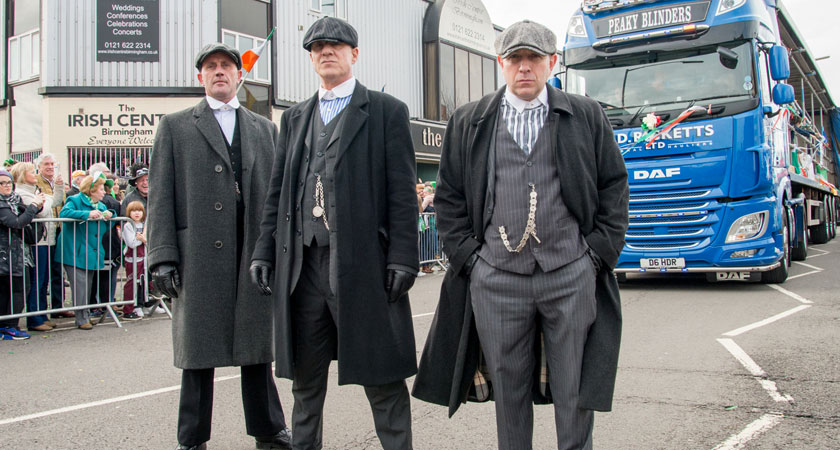 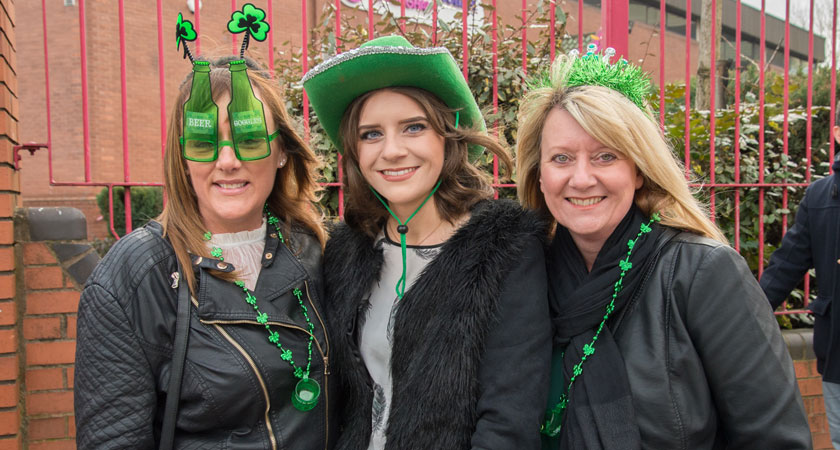 There were some impressive floats and displays 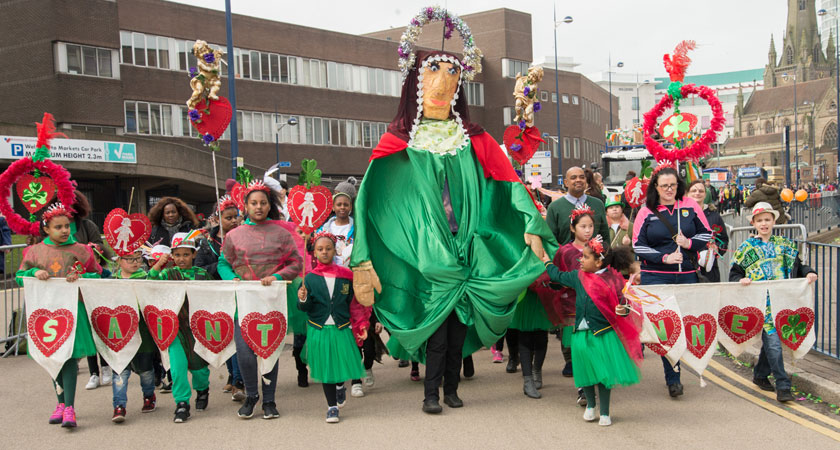 Tipperary was one of many counties represented in the procession 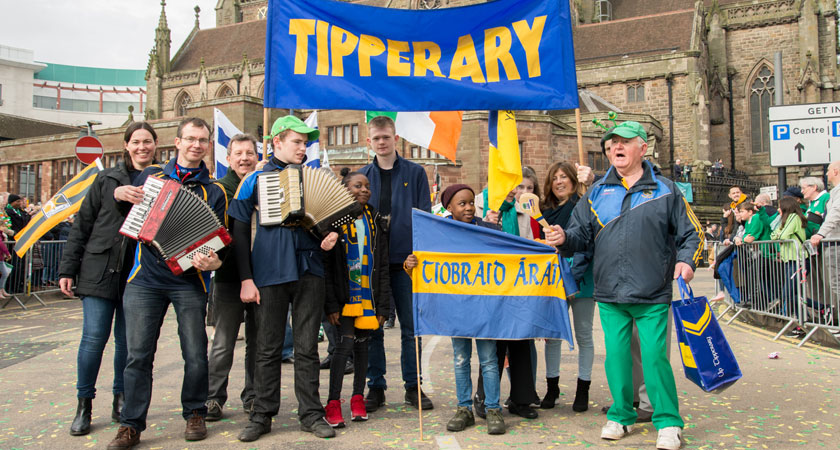 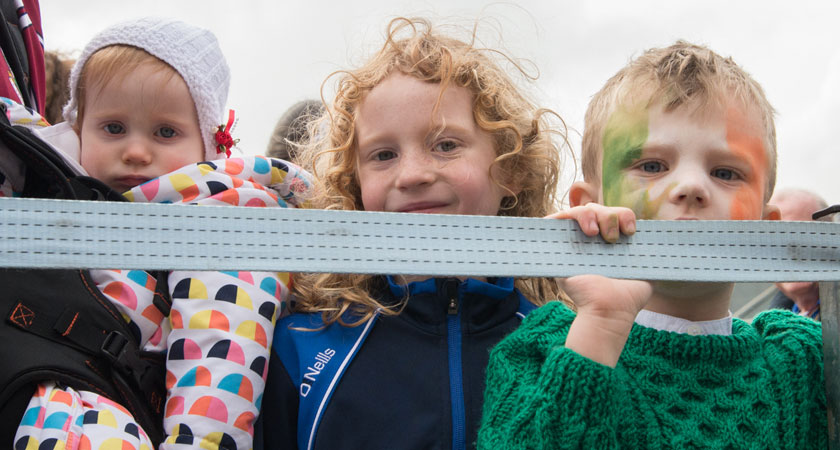 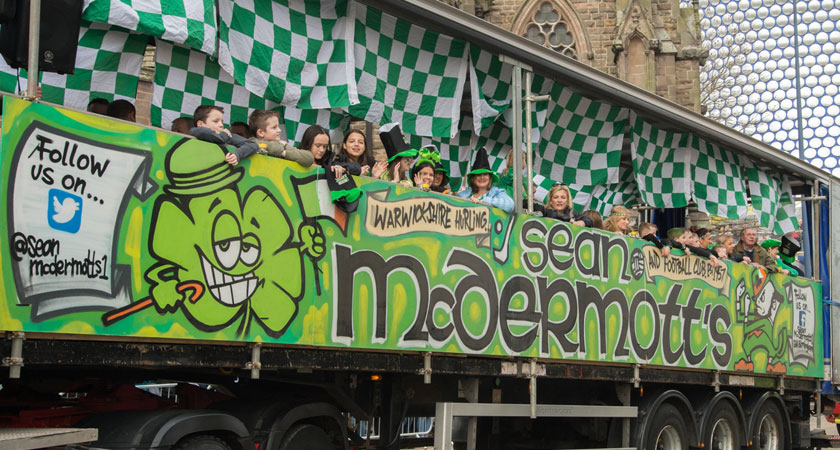 Crowds lined the streets to watch the parade 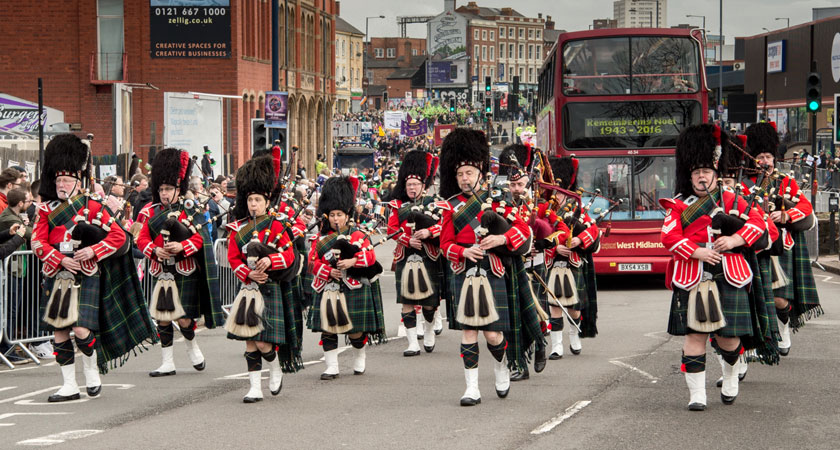 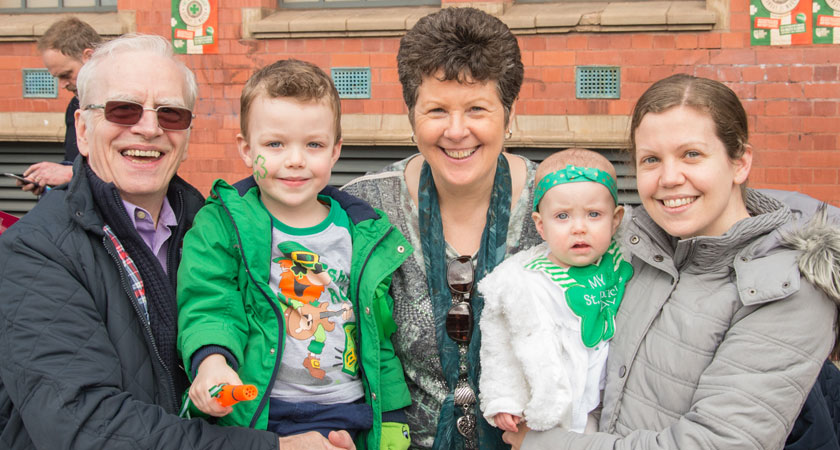 All smiles as Birmingham goes green 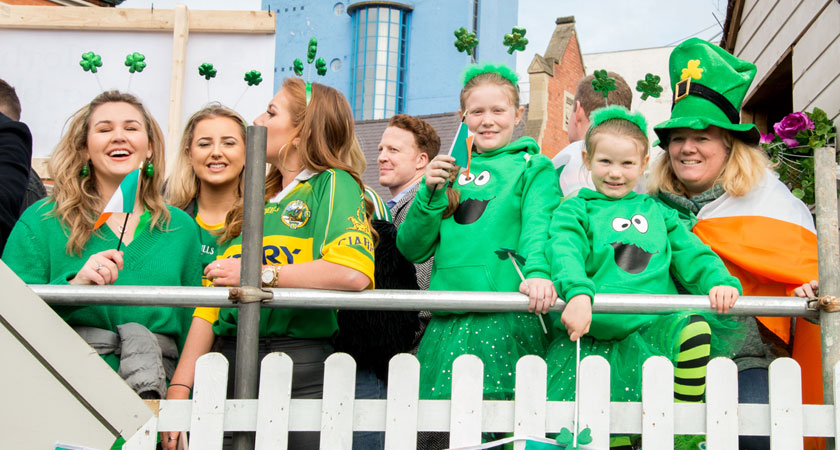 Unfurling the flag for St Patrick 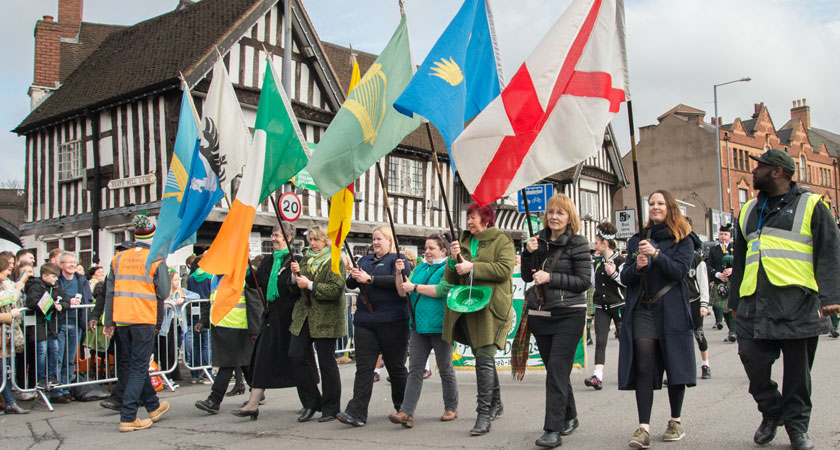 Around 80,000 people turned out for the festivities 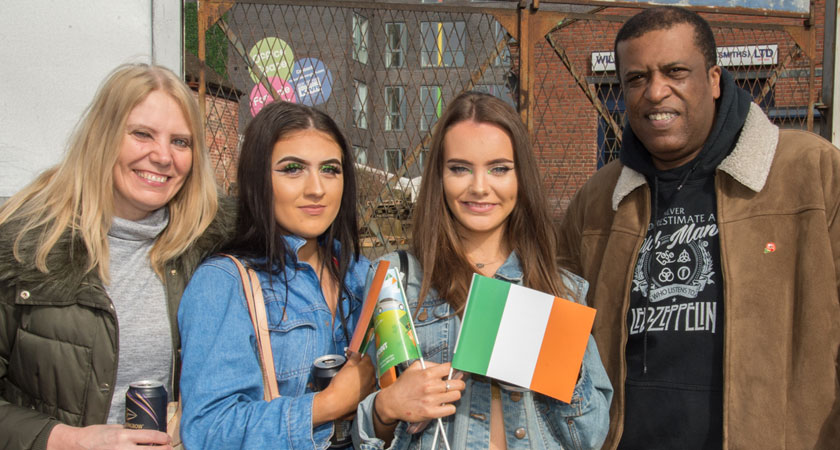 You can take the woman out of Kerry… 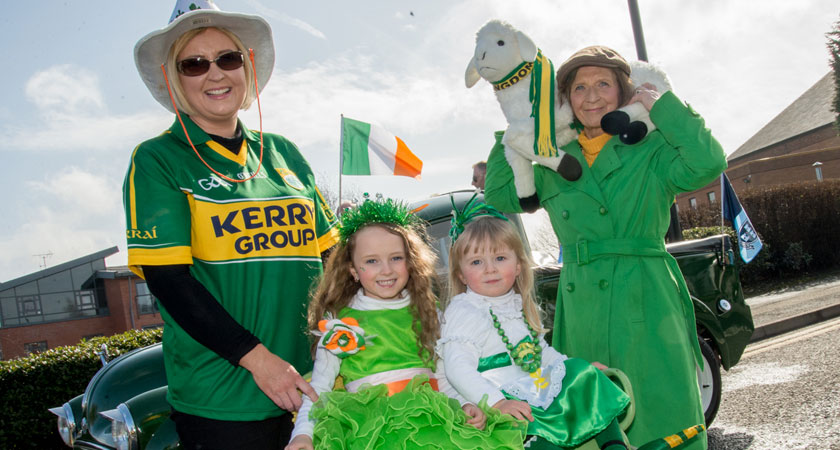 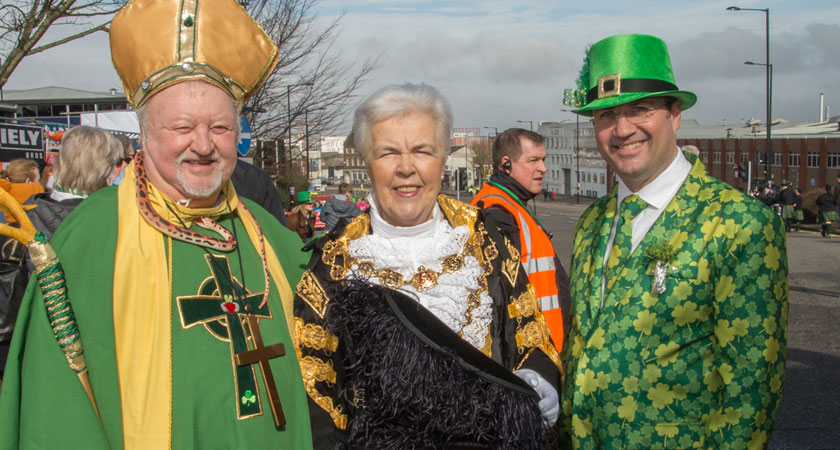 These ladies were enjoying a winning day 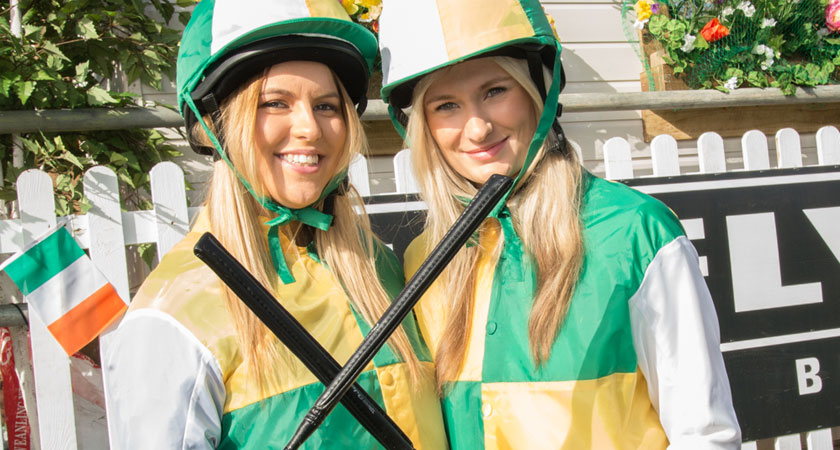 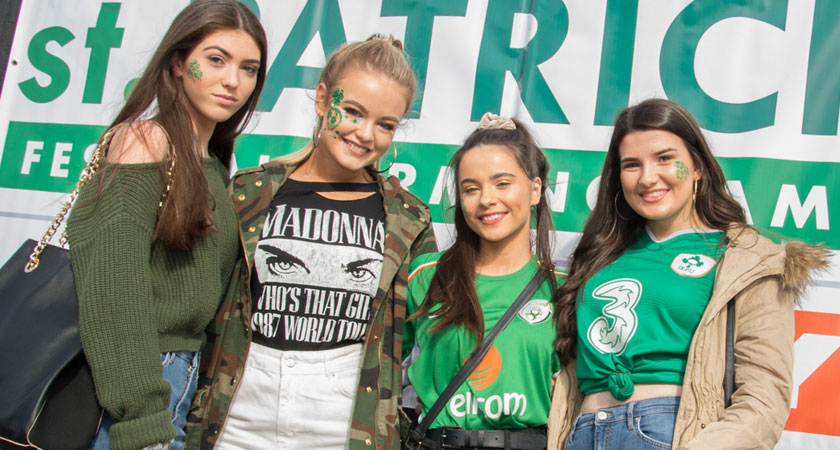 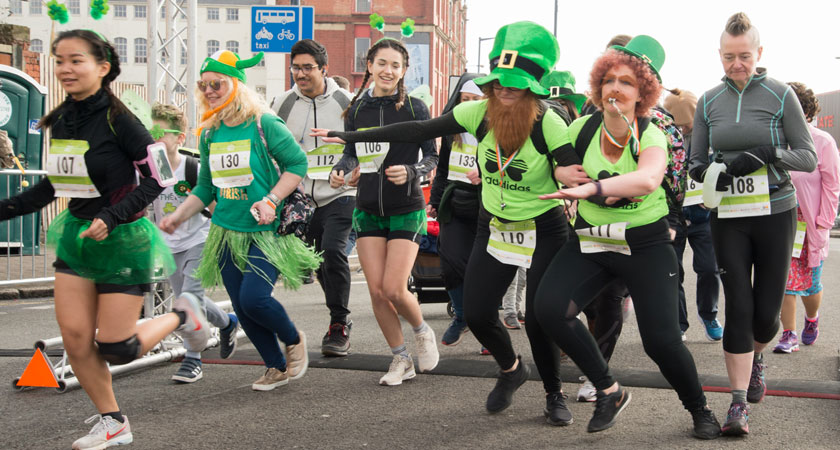 See this week's Irish Post, out Wednesday, March 14, for more St Patrick's festival pictures from Birmingham and around Britain