With its incredible views over the Atlantic, the Dingle Peninsula’s Slea head drive is the perfect place for a road trip this summer, the magazine says, as long as you’re lucky enough to avoid the rain and herds of roadblocking sheep.

If you’re thinking of heading out to Co. Kerry for a top down spin, here are our suggestions for some favourite local spots to stop along the way, all within easy reach of Slea Head Drive.

1. Tuck into a fish supper

With the Atlantic almost crashing at your feet there are plenty of spots to get a taste of the sea in the area.

Stoned-walled Doyle’s, with its fish themed décor may look old world, but proprietors Sean Roche and Anna Scanlon have brought the menu bang up to date. 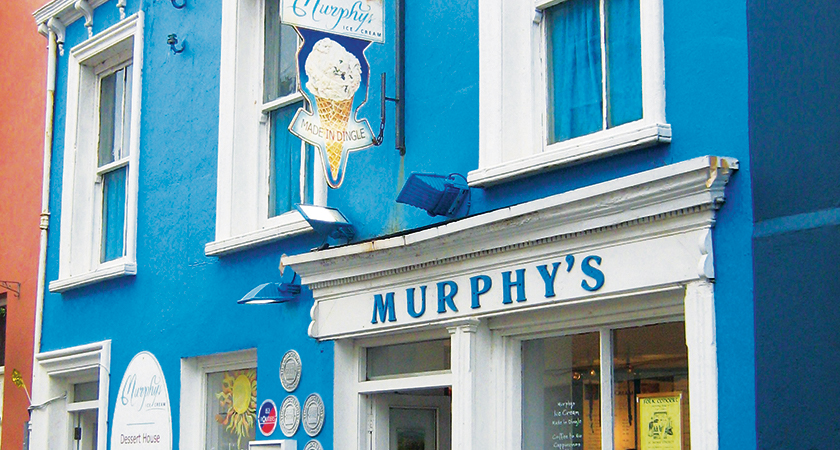 2. Treat yourself to an ice cream

So committed are they to local sourced produce that even their sea salt is made from Dingle sea water, with a shop in the heart of Dingle town and one on the pier you’ve got double the chance to indulge.

Located in Annascual village on the N86 between Dingle and Tralee, The South Pole Inn was originally founded by Tom Crean in 1920. Crean had been one of the survivors of Scott’s ill-fated trek to the North Pole.

Upon retirement he returned to his hometown and opened The South Pole Inn, which he filled with memorabilia from his polar expeditions. Today the pub pulls a mean pint, serves up hearty grub and weekend visitors are likely to stumble across an Irish trad session in full swing. 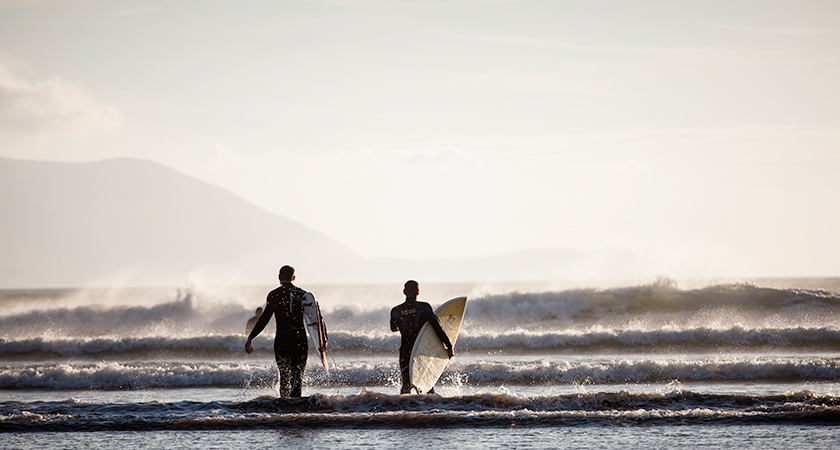 4. Bask on the beach

The diminutively named stretch of sand at Inch Beach is actually an impressive three miles long and a great place to catch some rays on a summer’s afternoon.

The beach is also a popular spot for birdwatchers, with a nature reserve behind the dunes being home to an impressive collection of wildfowl.

Forget California, Dingle Surf School runs a dedicated surf-bus taking students out to catch the waves in the best spots along the Atlantic coastal region.

Don’t fret if you’ve never caught a wave before, their three-hour beginner lessons cater for everyone. Lessons include a free trip to the beach, a general beach safety course, full instruction both in sea and on land as well as board and wet suit hire.

You’ve nothing to lose except your dignity in the brisk Atlantic.

It might be a challenge to keep your eye on the ball surrounded as the course is with such fantastic scenery, but if you’ve ever dreamed of playing golf on the edge of the world this is course for you.

A rugged and remote links course that has been updated over the years, and has now features 18 holes.

After a long day driving, take the chance to park up and stretch you legs with this short hike up to Eask Tower. On a damp day you might wonder why you started the muddy trek but, it’ll be worth it.

Eask Tower was built in 1847 to guide ships into the blind harbour mouth, it is crowned with a nineteenth century mariners beacon. Its location at the top of Carhoo Hill sits around 600ft above sea level and provides incredible views across the peninsula.

On a clear day you can see as far and the Skellig Islands and right across Dingle harbour.

6 blockbuster movies that were shot in Ireland