GARDAÍ HAVE arrested 11 people following a number of protests in Dublin city centre.

According to Gardaí, nine men and two women aged between 20 and 60 were arrested, with nine charged with public order offences and two offered adult cautions.

It is understood the protest began as 'Yellow Vest Ireland' anti-lockdown demonstrations, with demonstrators soon being joined by anti-vaccine, anti-mask and anti-immigrant far-right protesters, according to RTÉ News.

Videos widely shared on social media show Gardaí breaking up crowds of people in several locations in the inner city, including around 50 on Grafton Street and close to 200 people near Dublin Port, after being warned at their first gathering on O'Connell Bridge that the protests are in breach of Level 5 Covid restrictions.

Under the current rules,. people should leave their homes only for exercise, and should not go further than 5km from their homes except for essential reasons like food shopping and going to work. 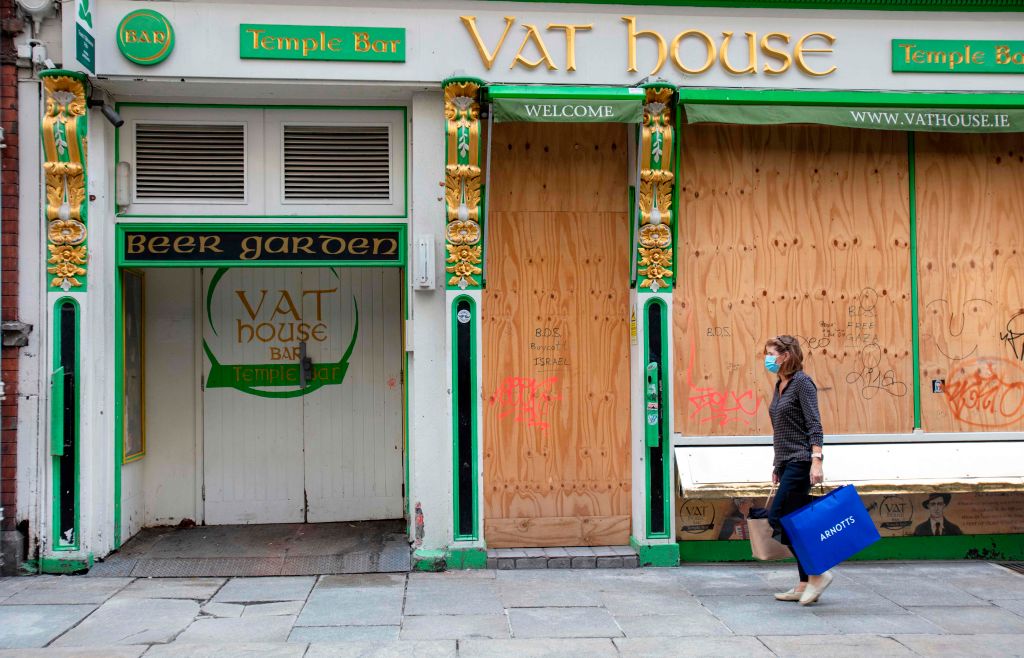 A woman walks past a boarded up bar in Dublin on October 21, 2020 as Ireland prepares to enter a second national lockdown to stem the spread of the virus that causes Covid-19 (Photo by Paul Faith / AFP) (Photo by PAUL FAITH/AFP via Getty Images)

In a statement seen by RTÉ News, Gardaí confirmed they were "forced to intervene" and "engaged with the protesters on a number of occasions using the graduated policing response".

The public order unit was dispatched after a group of people became 'involved in public order incidents', Gardaí say, and while all 11 have been released, nine will appear in court on a future date.

Gardaí are currently investigating the organisers of the event.

A spokesperson urged citizens to continue following the public health advice to reduce the number of cases currently seen in Ireland.

In the statement, they wrote:

"The Covid-19 pandemic remains a public health crisis and An Garda Síochána continues to appeal to all citizens to comply with public health guidelines and regulations, in particular essential journeys, in order to continue to save lives."