5th October 1974: The Horse and Groom Public House after the IRA exploded a bomb on the 4th October, 1974. Five members of the public were killed. (Photo by John Minihan/Evening Standard/Getty Images)

IN OCTOBER 1989, four men imprisoned for alleged involvement in an IRA bombing attack walked free as their convictions were quashed. It was this week 32 years ago, 19th October in 1989 .

One of the four men freed that month, Paul Hill, is now the subject of a fact-based drama written by Martin McNamara. The drama entitled Your Ever Loving is based on prison letters written by Hill's time in. 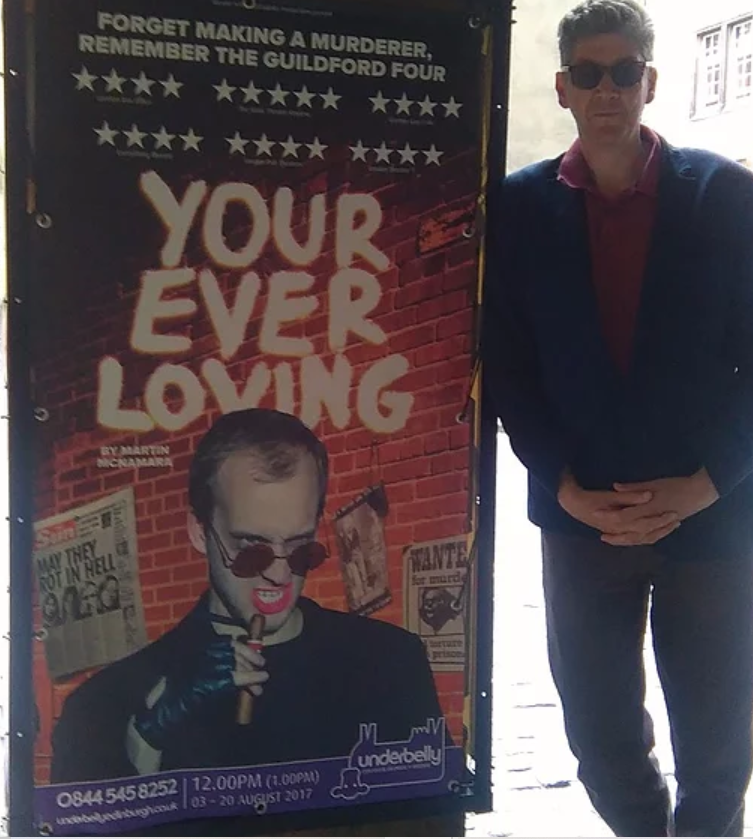 Your Ever Loving - play about the Guildford Four, by Martin McNamara

Here are 13 facts about Hill and the rest of the group nicknamed the 'Guildford Four'...

1. Paul Hill – the first man arrested for the bombing

At their trial, Paul Hill was given what was, at the time, the longest sentence ever handed down by an English court; life with no chance of parole until great age or infirmity. The judge's chief regret was that he couldn't hang the three men.

3. An active IRA unit confessed to the bombings

In January 1977, an active IRA service unit, nicknamed the Balcombe Street gang, issued a statement in court confessing they carried out the Guildford and Woolwich bombings and that the Four were completely innocent.

4. Hill was moved from prison to prison

Paul Hill was ‘ghosted’ more than  50 times during his 15 years in prison. ‘Ghosted’ is when a prisoner is moved without warning to another prison, usually in the middle of the night.

5. Corbyn campaigned for the Four's release

Jeremy Corbyn was a guest at Paul’s wedding to his American girlfriend inside Long Lartin prison. Corbyn was a tireless campaigner to free the Guildford Four and Birmingham Six. The Sun story on the morning of the wedding was labelled ‘IRA Pig To Wed’. 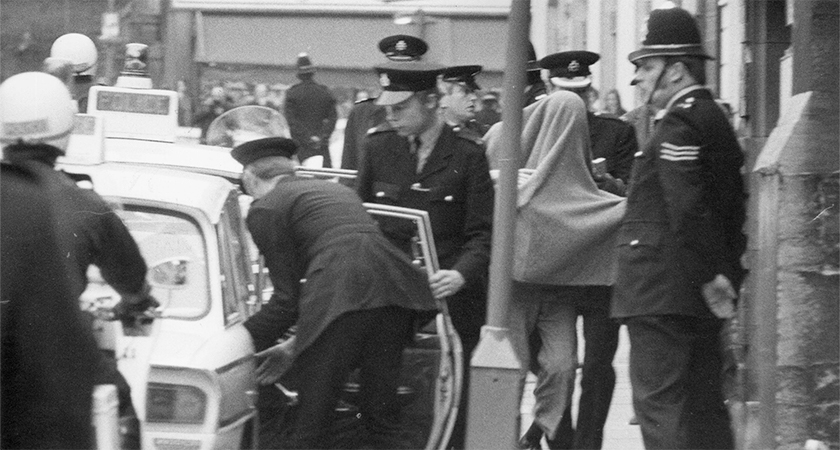 One of the men charged with the murder of Caroline Slater, one of the five people killed when a bomb planted by IRA terrorists exploded in the Horse and Groom public house, Guildford, arriving at court at Guildford. (Photo by Frank Barratt/Keystone/Getty Images)

6.  Hill did his time in solitary

Paul spent a total of five years of his 15 years inside in solitary confinement.

The Four served a combined prison sentence of 60 years.

8. The Pogues penned song about the Four

The Pogues song, Street Of Sorrow/Birmingham Six, about both the Guildford Four and the Birmingham Six, was banned under the same legislation used in the late 1980s to stop the broadcast of direct interviews with members of Sinn Fein.

In the late 1980s it was reported that Soviet President Mikhail Gorbachev brought up the campaign to free the Guildford Four in a private meeting with PM Margaret Thatcher. Maggie was not pleased.

10. After 15 years the Four were finally released

The Four's convictions were eventually quashed as unsafe and they were released in October 1989. 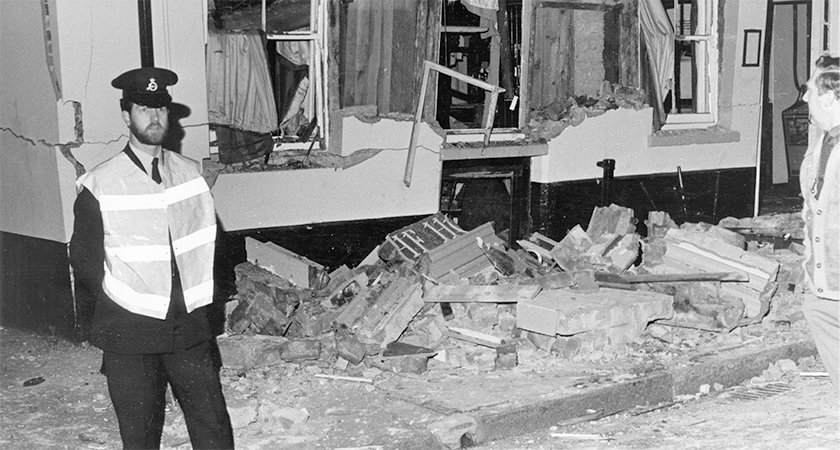 The shattered remains of the Horse and Groom in Guildford following an explosion from an IRA bomb on the 5th October 1974. Five people were killed in the blast. (Photo by Maurice Hibberd/Evening Standard/Getty Images)

11. Hill married into the Kennedy family

Paul Hill married Courtney Kennedy, daughter of the late Bobby Kennedy and niece of the late John F Kennedy. The couple lived in America and on the west coast of Ireland and have a daughter. They divorced ten years ago.

12. An Oscar-nominated film was released four years after the men's release

In The Name Of The Father, the 1993 film made about this miscarriage of justice, with Daniel Day-Lewis as Gerry Conlon and John Lynch as Paul Hill, was nominated for seven Oscars.

13. It took 26 years for them to receive an official apology

The Four would have to wait another 16 years after being freed, until 2005, for an apology; when then PM Tony Blair said sorry to the Four and the Maguire Seven.

Update: The play Your Ever Loving  featured and won Best play of Edinburgh Fringe 2017 .