A BOY has been left in a serious condition after reportedly harpooning himself through the eye while on holiday with his family at a seaside resort in Italy.

The Sun is reporting that 14-year-old Devon White from Chelmsford in Essex is in hospital after the horrific accident, which occurred during a high-speed boating trip off the coast of Sperlonga.

White, who was with his uncle, older brother and two friends at the time, suffered serious injuries to his left eye and skull after a harpoon gun he allegedly loaded accidentally went off during the 60-mile-an-hour boat ride.

The force of steel bolt was enough to shatter the youngster's diving mask and left the harpoon embedded a further six inches into the boy's head, according to the police.

He was rushed back to the shore with paramedics soon arriving on the scene to provide emergency first aid. 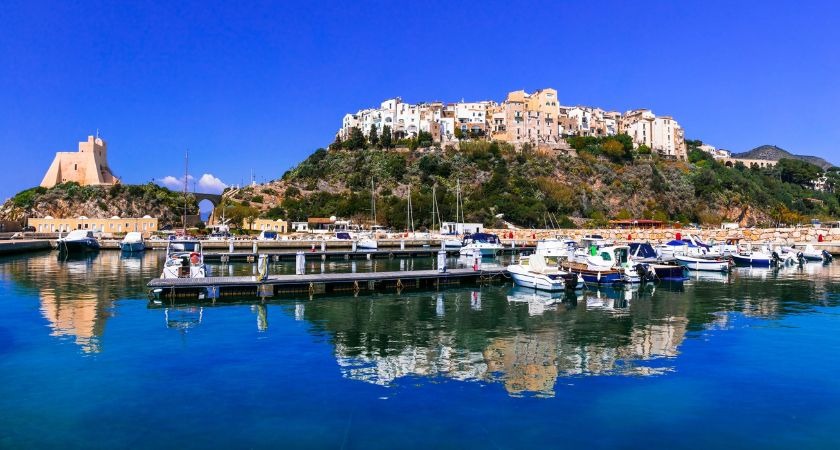 Sperlonga, the coast Italian resort close to where the incident occurred.

Miraculously, White remained conscious throughout and was even able to talk to the paramedics and police present.

The boy was then airlifted 100 miles to a Rome hospital and has since undergone three hours of emergency surgery to remove the bolt.

There is no word yet on whether he will lose his eye as a result of the accident.

Police chief Salvatore Capasso told reporters that it was nothing short of a "miracle" that White survived the ordeal.

"It appears the bolt was damaged and did not lock properly when reloaded, so when he stood up it went off and shot through his mask and into his head," he said.

The authorities have so far failed to confirm whether anyone will face criminal prosecution over the incident.