140,000 people in Ireland lose their jobs due to coronavirus crisis forcing businesses to close

AN ESTIMATED 140,000 people in Ireland have been laid off and are now out of work due to the measures implemented to slow the spread of coronavirus.

While most agree that the drastic measures implemented by the Irish government, which include the closure of pubs, restaurants and mass gatherings, are necessary, it has resulted in tens of thousands of people losing their jobs.

RTÉ reports that 70,000 restaurant staff, 50,000 pub and bar staff and approximately 20,000 créche and childcare workers have been laid off due to so far.

The Government have introduced a simplified version of the jobseekers form (available here) in order to ensure the newly unemployed still receive an income.

The Government are also doing their part to assist small businesses who are losing profits, by implementing a refund scheme of €203 a week to employers who continue to pay their staff while the businesses are closed.

The new measures come after Irish Publican group Licensed Vintners Association admitted that some businesses would never open again after the closures came into place.

Chief executive of the LVA, Donall O'Keefe, told The Irish Times that while they accepted the decision to close pubs was necessary to protect the public, "I think we have seen some businesses in Ireland that will sell their last drink tonight and will never reopen again".

“Our turnover goes to zero in the morning. We have probably the single biggest loss of jobs in the history of the State: 50,000 people are out of work in the morning, 7,000 businesses are closing tonight,” he said at the time, before adding "I don't think anyone ever envisaged a situation where pubs in the country would be shut".

The Government had at first recommended that pubs implement social distancing measures to protect customers and the wider public, but were forced to admit this was not working after a video of a packed pub in Temple Bar hours after Taoiseach Leo Varadkar made the announcement, went viral. 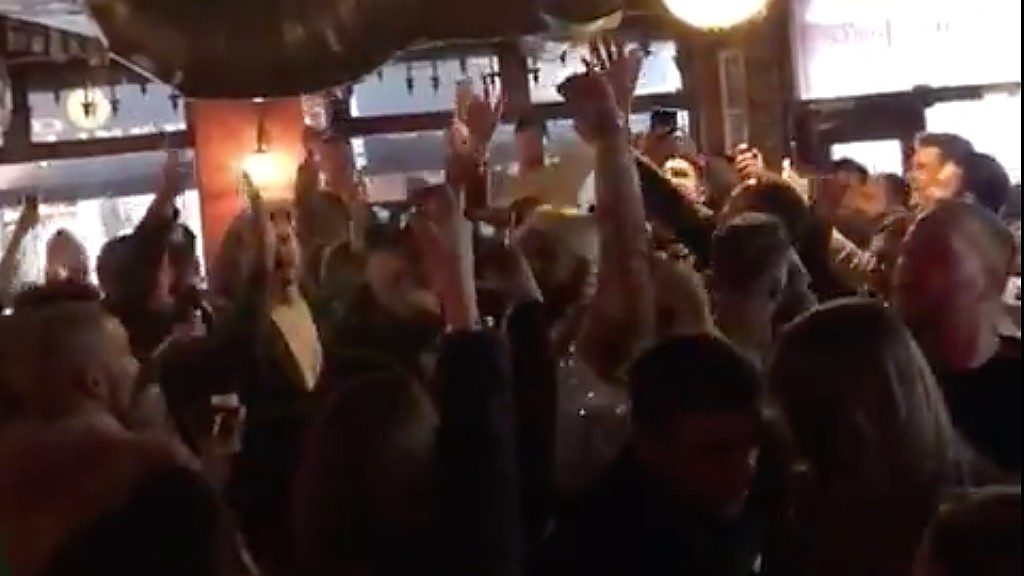 A screenshot from a packed Temple Bar pub hours after Leo Varadkar ordered the closures of schools and colleges and urged people not to attend mass gatherings.