Anh Nhu Nguyen was paid out £12,500 from a victim relief fund, set-up by charities and Kensington and Chelsea Council to aid survivors after pretending his family died in the devastating blaze.

Nguyen pleaded guilty to two counts of fraud – false representation and making an untrue statement for the purpose of obtaining a passport.

Appearing in front of Judge Philip Bartle at Southwark Crown Court today, Nguyen reversed his plea via a translator, showing no remorse for his actions.

Grenfell Tower claimed the lives of more than 80 people on June 14th.

For two weeks following the tragedy, Anh Nhu Nguyen posed as a victim claiming to have lost his wife and young son in the fire.

Inconsistencies in his story caused police to begin the investigation and led to his arrest.

With a current address at Beckenham, south-east London, Nguyen gave several different flat numbers in the days after the blaze as he availed of emergency accommodation, clothing, food, and money.

Vietnamese-born Nguyen has lived in the UK since the 80s and holds British citizenship. 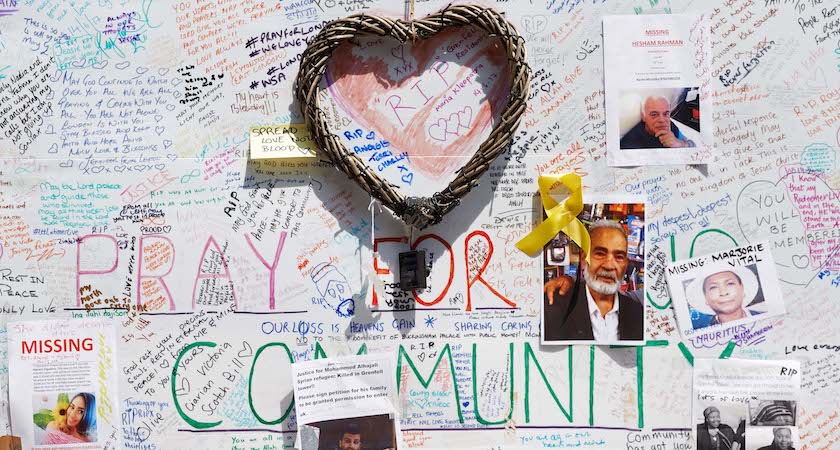 Written tributes to the victims and the missing from the Grenfell Tower block fire are pictured, close to the scene in North Kensington, west London, on June 19, 2017. (Photo NIKLAS HALLE'N/AFP/Getty Images)

Those that lost family members and friends are outraged that Nguyen exploited the tragedy in such a way.

Nguyen, who has 28 previous convictions for 56 offences spanning over 30 years, is due to be sentenced on December 15th.