TOPSHOT - Schoolchildren wearing protective mouth masks and face shields attend a course in a classroom at Claude Debussy college in Angers, western France, on May 18, 2020 after France eased lockdown measures to curb the spread of the COVID-19 pandemic, caused by the novel coronavirus. (Photo by Damien MEYER / AFP) (Photo by DAMIEN MEYER/AFP via Getty Images)

Like many European countries, including Ireland, France has begun lifting lockdown measures initially introduced to slow the spread of the virus, and over one million children returned to the classroom on 11 May.

All schools and colleges had been closed since 17 March as the country braced itself for a wave of infections-- to date the country has recorded over 180,000 cases and 28,000 deaths.

Some nurseries and primary schools reopened with strict social distancing measures in place, including the use of masks for students and with classes capped at 10 - 15 students, but some parents worried that it was too soon. 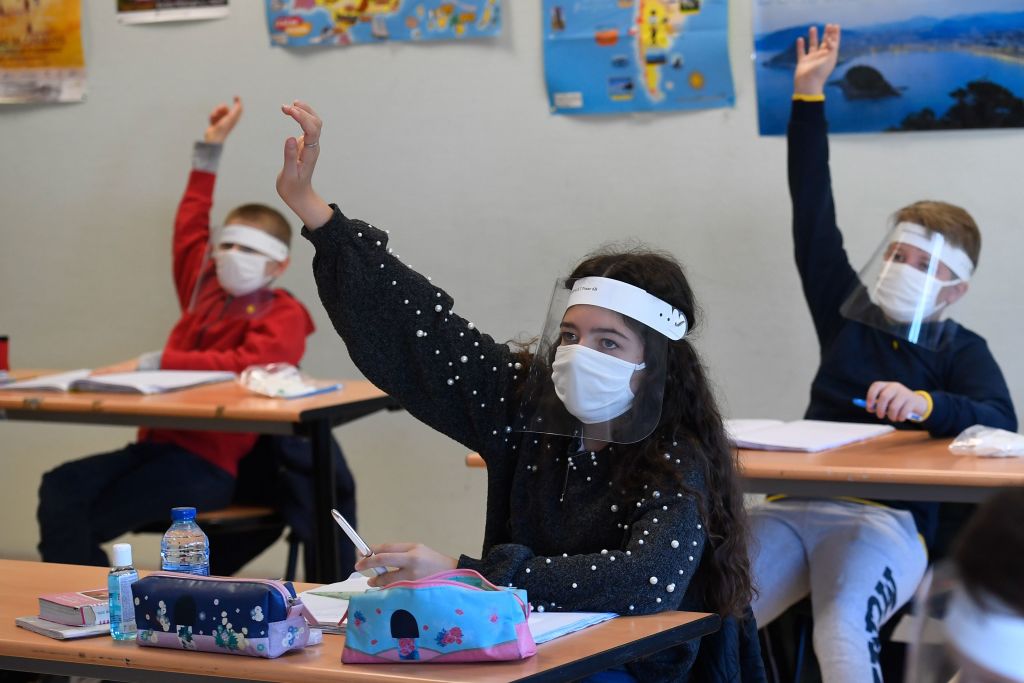 Schoolchildren wearing protective mouth masks and face shields in a classroom at Claude Debussy college in Angers, western France, on May 18(Photo by Damien MEYER / AFP) (Photo by DAMIEN MEYER/AFP via Getty Images)

Parisian Cecile Bardin, whose children are aged six and two, told The Associated Press at the time that "I am not reassured at he moment, because it will be very difficult to keep safe distance at school, especially for the little ones who will want to play together".

Now French Minister for Education, Jean-Michel Blanquer, has said that 70 new cases of Covid-19 have been confirmed in some of the schools which have been opened for just over a week.

He told French radio station RTL that new cases are "inevitable" but that "in almost all cases, this has happened outside of the school".

He went on to say that the 70 cases are just a minuscule portion of the 1.4 million children who voluntarily returned to school last week, but confirmed that all affected schools would be closed immediately.

In Ireland the topics of schools reopening remains a controversial one-- the Government's phased reopening plan indicates they will remain closed until the new school year in September.

Taoiseach Leo Varadkar said recently that reopening schools is "among the safest things" to do, but Chief Medical Officer Dr Tony Holohan said there had not been enough study done into the transmission of the virus through children. 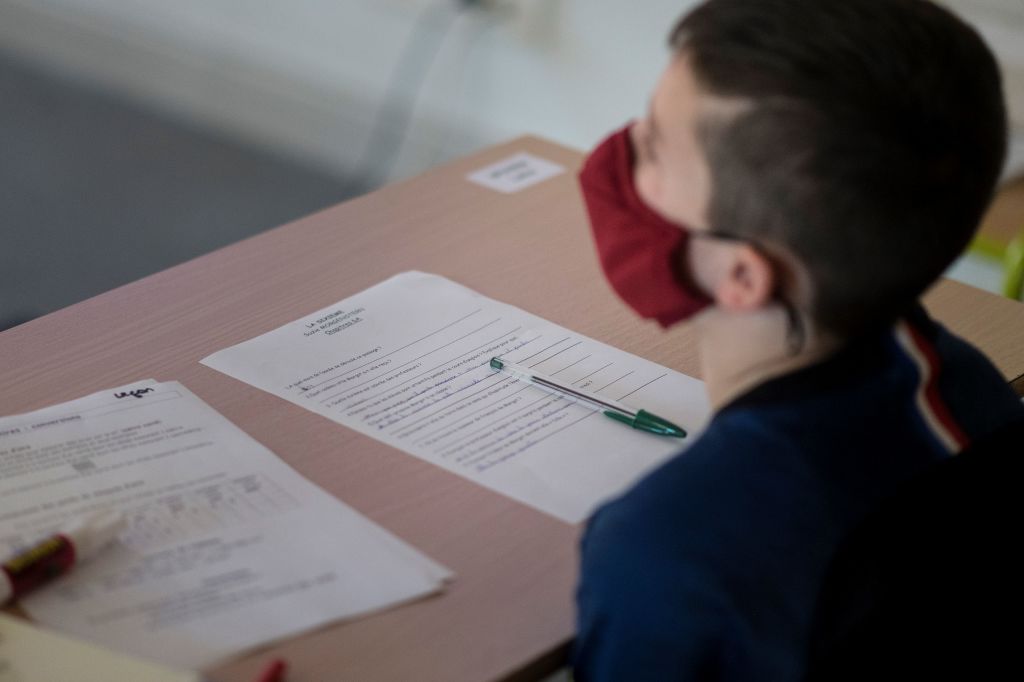 The General Secretary of the Irish National Teachers Organisation (INTO) John Boyle also dismissed the idea of children returning to schools quickly in Ireland, saying "we are going to have a phased, orderly, slow, steady and safe return".

He told RTÉ Drivetime that "I don't think anybody really believes that schools will o back to the way that they were six weeks ago".

Ireland has just entered phase 1 of its planned reopening, with certain shops and businesses allowed to reopen, but it seems the school return remains a long way off.