AN IRSH GRANDFATHER who became one of the nation's oldest ever undergrads has graduated from Waterford Institute of Technology.

Tom Doyle, who turned 82 last week, graduated with a Bachelor of Arts in English and Irish this morning.

At the ceremony he was joined by his wife Phyllis, his son, six daughters and three grandchildren.

Initially he began studying Law, but changed subjects to Arts shortly after. 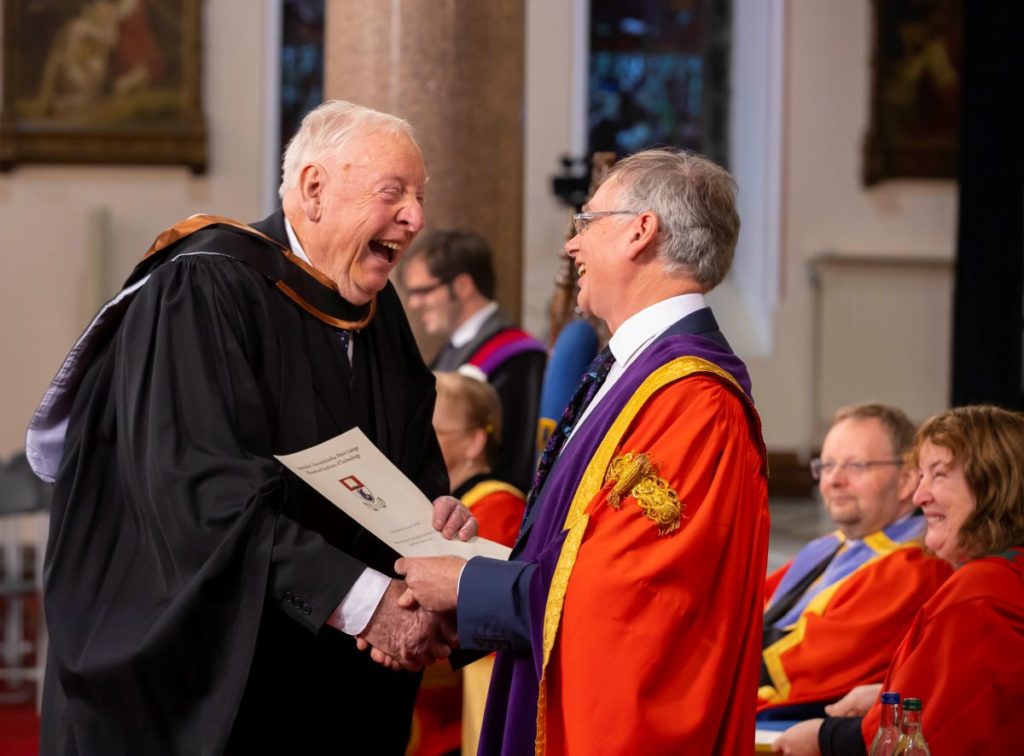 He shot to fame in 2016 when a video of his classmates singing happy birthday to him as he turned 79 went viral.

While studying in Waterford city he travelled to college each day from Ramsgrange, Co Wexford. Tom, who started his studies at WIT initially as a Law student made the move to Arts. He has previously said that his only regret is he didn’t return to college sooner. Returning to education is something that he wishes he had done 10 or 20 years ago.

Tom told Morning Ireland this morning that he returned to education at the age of 78 because wanted to achieve something.

"I wanted to achieve something. I had started years ago but for different reasons had to give it up. I felt I ought to do something about it."

He described his college experience as "marvellous, absolutely marvellous" adding that "everybody in WIT went out of their way to make me welcome, they were tremendous.

He spoke of how his family were shocked when he told them he planned to go back into education, but also admitted that he couldn't have achieved what he achieved without their help and support.

He says his only regret is that he didn't return to education sooner.