Relatives of those who fought in the Easter Rising will play an important role in the 100th anniversary commemorations, plans released by the Irish Government have revealed.

Initial details of the programme, titled Ireland 1916, were announced during an event in Dublin yesterday. Among events are a military ceremony, led by 1916 relatives, set to take place on Easter Sunday on March 27.

A state reception will be held for the descendants on Saturday, March 26, while a commemoration at Arbour Hill has been slated for Sunday, April 24 – the date of the Rising.

As part of the Government’s official plans – launched at the historic GPO on O’Connell Street – it was confirmed that €22million would be invested for seven flagship projects in Ireland’s capital to provide permanent reminders of the 1916 rebellion against British Rule.

Five intersecting themes will form the basis of the commemorations: Remember, Reconcile, Image, Present and Celebrate.

Additionally a Diaspora initiative will be employed through the Government’s Embassy network.

Talks, exhibitions, seminars and cultural events will be held with the aim of presenting Ireland 2016 to the world. Other tributes will include seven televised concerts – spearheaded by U2’s former accountant Ossie Kilkenny.

Heather Humphreys, Ireland’s Minister for Arts, Heritage and the Gaeltacht, said: “Relatives of the 1916 participants are being given a special role in a number of key state events, in recognition of the sacrifice made by their family members.

Ms Humphreys added: “I will also be reaching out to the Diaspora through our Embassy Network and Culture Ireland, to ensure Ireland 2016 reaches a global audience.”

But the 1916 Relatives Association – who were formed in response to concerns that family interests weren’t being adequately met by the Irish state – turned down an invitation to Wednesday’s launch.

It was reported that the organisation’s spokesperson, Una McNulty, had claimed that details of the Government’s plans bore no resemblance to those discussed at a private meeting with Arts Minister Heather Humphreys earlier in the week.

Previously the Relatives Association expressed frustration at being left “in limbo” at the lack of an outline for the commemorations.

Speaking to The Irish Post before Wednesday’s launch, James Connolly Heron - great grandson of James Connolly - confirmed that the 1916 Relatives Association was pressing ahead with the launch of its own set of proposals on Sunday. “We’ve come up with some ideas which we’re going to present,” he said. 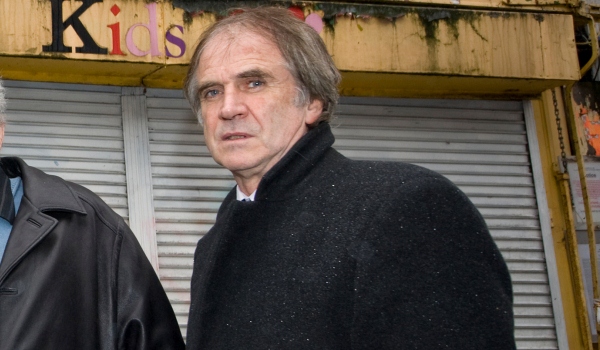 Mr Connolly Heron added: “We will try and involve people getting together and to get ideas flowing about what citizens would like the commemorative programme to consist of.”

Addressing criticisms in some quarters that the 50th Anniversary celebrations in 1966 had failed to leave a lasting legacy, he added: “I don’t know about that. I remember it as a kid. You talk about a legacy. Kilmainham Gaol was formally opened and is the most-visited site apart from the museum in terms of tourism.

He added: “In Moore Street, they marked many of the locations with plaques. Display cases were placed at all the locations. I remember the last one was City Hall; they’ve all been removed since. So it’s a bit unfair to say that nothing worthwhile came out of it. Whatever was worthwhile we seem to have lost now.”