LARGE CROWDS of protestors opposed to the UK government’s coronavirus lockdown restrictions clashed with police in London this weekend.

For the second Saturday running, protests were held in the UK capital with anti-mask and anti-lockdown demonstrators amassing in Trafalgar Square.

Placards with messages like “This is now tyranny”, “No Gestapo Policing” and “Fear Is The Currency Of Control” were all visible at the 'We Do Not Consent!' mass rally against vaccination and government restrictions.

Police were eventually forced to intervene after it became apparent that the assembled demonstrators were refusing to adhere to the social distancing rules governing any outdoor protest.

There were violent scenes with several scuffles and ugly confrontations breaking out between police and protestors in the English capital. Bottles were thrown by demonstrators while batons were used by some officers. 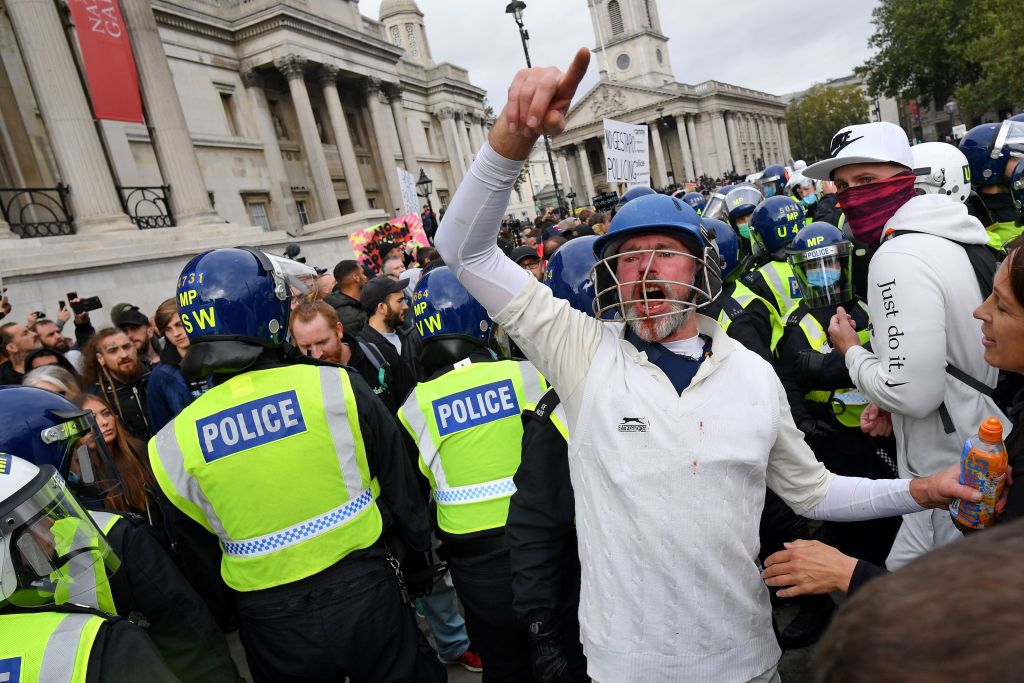 At least three protesters had to be treated by medical staff at the protest.

According to The Metropolitan Police, 16 people were arrested while nine officers sustained injuries as a result of the clashes.

Noted conspiracy theorist David Icke was among those to speak at the rally.

He was joined by Piers Corbyn, the 73-year-old brother of former Labour Party leader Jeremy.

The demonstrators came out in force to protest against the emergency measures put in place by the UK government to control the spread of the virus.

Many believe Covid to be a hoax and appear opposed to the idea of any vaccine, with at least one placard likening it to taking the lethal poison cyanide. 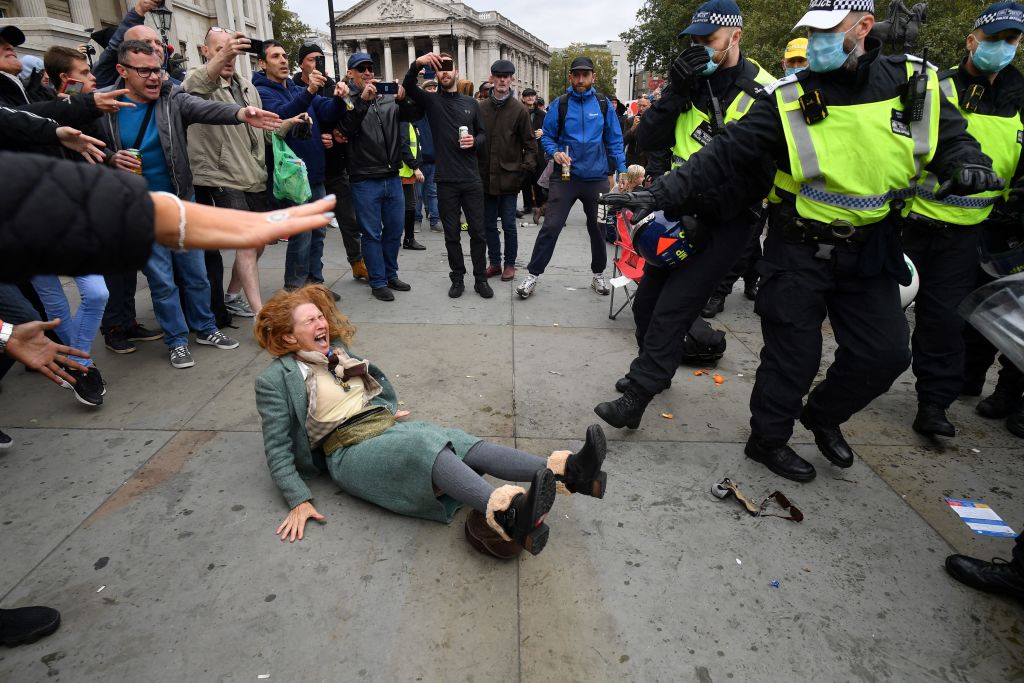 The protest came a week after another anti-lockdown rally at Trafalgar Square in which more than a dozen officers injured and 32 people arrested.

It also comes despite reports indicating a rise in case numbers across the UK, with many fearing a second wave of the virus is imminent.

So far, an estimated 32.7 million cases of coronavirus have been recorded, globally, along with nearly one million deaths.

The protest was branded “not acceptable” by Mayor of London Sadiq Khan.

"The reckless and violent behaviour of some protestors has left hard-working police officers injured and put the safety of our city, which is at a critical moment in the fight against this virus, at risk,” he said.

“This is totally unacceptable. We cannot let the sacrifices Londoners have made be undermined by the selfish behaviour of a small number.

“Violence of this kind towards officers will not be tolerated and perpetrators will feel the full force of the law.” 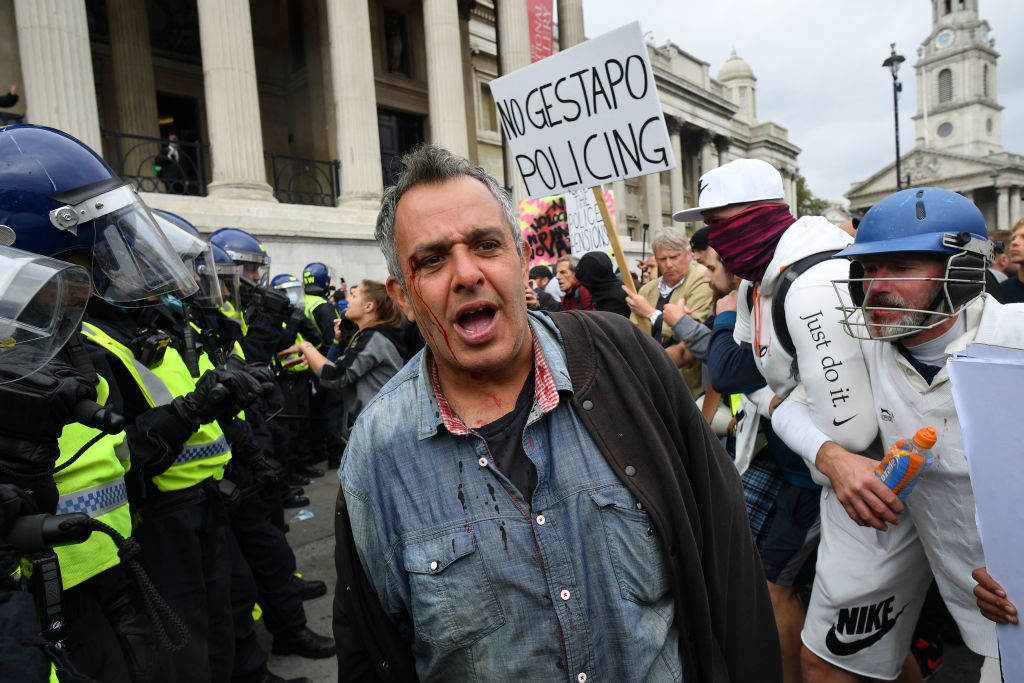 Met Police Commander Ade Adelekan also criticised the organisation of the event, noting that there “appeared to be no effort by organisers to engage with crowds and keep those assembling safe from transmitting the virus”.

He added: “This lack of action voided the risk assessment submitted by event organisers the night before.

“Therefore, today’s demonstration was no longer exempt from the Coronavirus regulations. In the interest of public safety, officers then worked quickly to disperse crowds.

“However, I am very frustrated to see that nine officers were injured during clashes with a small minority of protesters.

“This is especially saddening in light of the injuries sustained by officers last weekend.”