AN APPEAL for information has been launched after the body of a dead German Shepherd was found callously dumped in a drain.

The Irish Society for the Prevention of Cruelty to Animals (ISPCA) have urged anyone who may have witnessed cruelty to or neglect of animals to contact them immediately after the body of a dog was dumped in a ditch.

The sad and gruesome find was reported to the ISPCA by a concerned member of the public, who came across the remains while walking near Ballinahone in Burnfoot, County Donegal.

Senior Inspector for the ISPCA Kevin McGinley responded to the call, where he found the body of a female German Shepherd, wrapped in a plastic shower curtain and dumped in the drain. 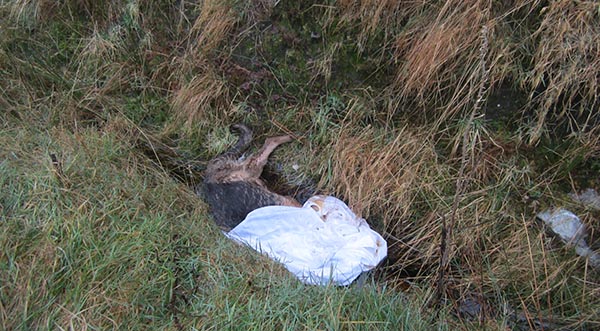 Reacting to the "gruesome sight", Mr McGinley said it was "shocking and irresponsible to discover an animal discarded in this manner, clearly showing no respect for either the dog or the environment."

Inspector McGinley went on to say that once the dog was removed from the drain, she was scanned for a microchip-- a legal requirement for owning dogs in Ireland-- but there was none found.

"Investigations are continuing" to find the owner of the deceased dog, Mr McGinley continued, "and we are appealing to the public to get in touch in confidence with any information to assist us with our inquiries." 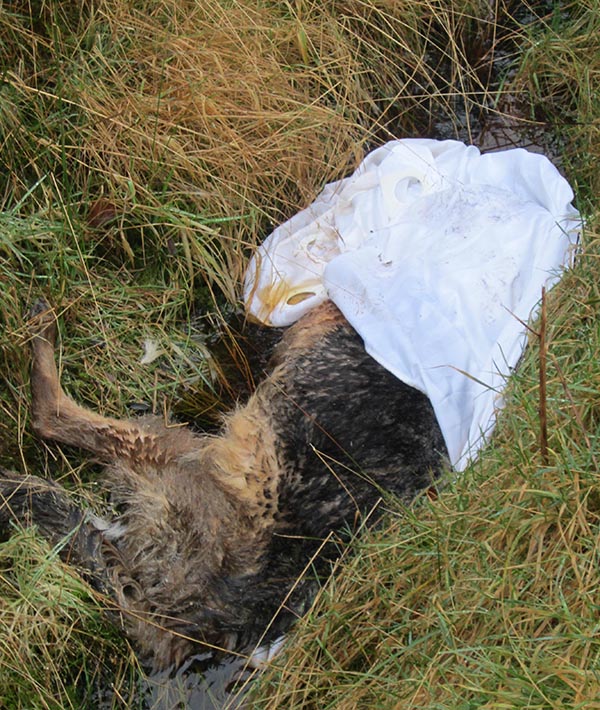 Anyone with information as to the owner of the dog, or how the Shepherds body came to be dumped in such a manner, is asked to contact the ISPCA National Animal Cruelty Helpline, in confidence, on 1890 515 515.