Apple, the European Union and the €13 billion unpaid Irish tax bill - here's what you need to know

APPLE were hit with a very big tax bill this week when the European Commission ordered the tech firm to pay Ireland €13 billion (£11bn) in back taxes.

The commission said that Apple and their Irish operation, benefited from a low tax rate of one per cent on profits made in 2003 down to 0.005 per cent in 2014.

Apple Sales International, based in Cork, holds the right to use Apple's intellectual property to sell and manufacture Apple products outside North and South America.

For that right, they pay Apple a fee, the Commission concluding that can reach up to $2 billion a year.

The Commission allege that Apple Sales International registered their profits in Ireland through a faceless and nameless 'head office.'

This meant under Irish tax law Apple paid very little tax on their profits in Europe and elsewhere.

Commissioner Margrethe Vestager, in charge of competition policy, said the tax benefits given to Apple were 'in breach of EU state aid rules' and now Ireland must collect the tax.

Apple CEO Tim Cook refuted claims made by the EU, saying they are the biggest taxpayers in Ireland.

Here is how the whole situation unfolded:

On June 11, 2014, the EU Commission announced that they are opening an investigation into Apple, Starbucks and Fiat in relation to tax arrangements with three EU countries. Those countries were Ireland, the Netherlands and Luxembourg.

Earlier this week, on Tuesday August 30, the EU Commission concluded that Ireland 'granted undue tax benefits' of up to €13 billion to Apple. This allowed Apple to pay substantially less tax than other businesses.

Ireland is ordered to recover the unpaid tax from Apple. 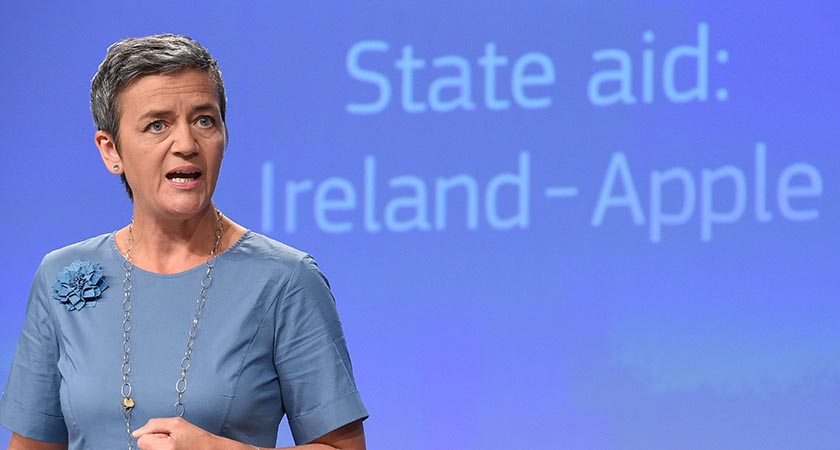 Irish Finance Minister Michael Noonan says the Government will back Apple in appealing the ruling telling RTÉ, in reference to the contribution Apple has made to the economy, that "To do anything else, it would be like eating the seed potatoes”

Fine Gael's partners in Government, the Independent Alliance express concern at the decision to appeal the ruling.

4. Apple CEO Tim Cook pens a frank letter in the wake of the decision

He also refuted the Commission's claims and says that they are seeking to rewrite Apple's history in Europe. 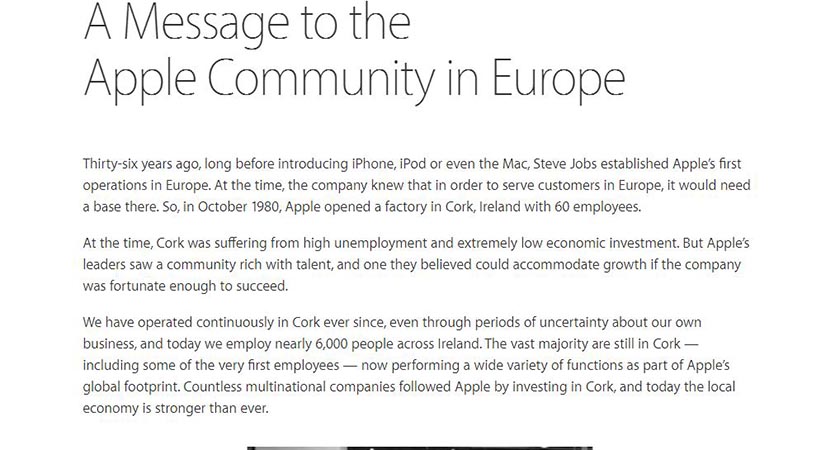 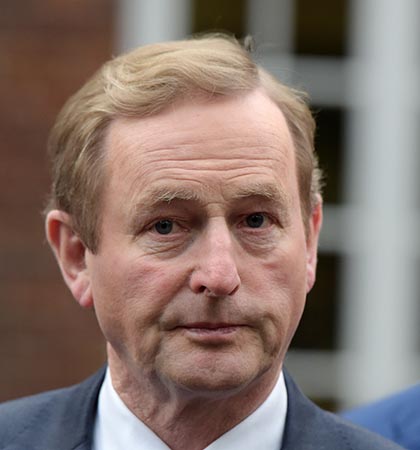 5. The US Treasury question the decision by the EU Commission

According to Reuters, the US treasury is not happy, they blasted the decision saying "it undermines the environment in Europe for international business."

7. The man on the street in Ireland responds to the Apple tax ruling

Irish twitter reaction was one of annoyance and humour.

You know when you try to give your Mam money and she's like, "Would you stop, I don't want it!" That's Michael Noonan and the #AppleTax.

You could give everyone in the Republic of Ireland €2,829 each if we recovered all that #AppleTax

Dear Government. If you don't want that 13 billion euro #AppleTax we'd be happy to take it