AT LEAST 160 more unmarked graves have been found on the grounds of  a former Catholic-run residential school for Canada's indigenous children.

The Kuper Island Indian Residential School, on the Kuper/ Penelakut Island in British Columbia, was operated by the Catholic church from its inception in 1889 until its closure in 1975.

The indigenous Penelakut Tribe have now revealed that they have discovered at least 160 unmarked graves near the site-- the fourth such discovery in recent weeks, which had previously seen the bodies of over 1,000 children discovered at former Catholic-run schools. 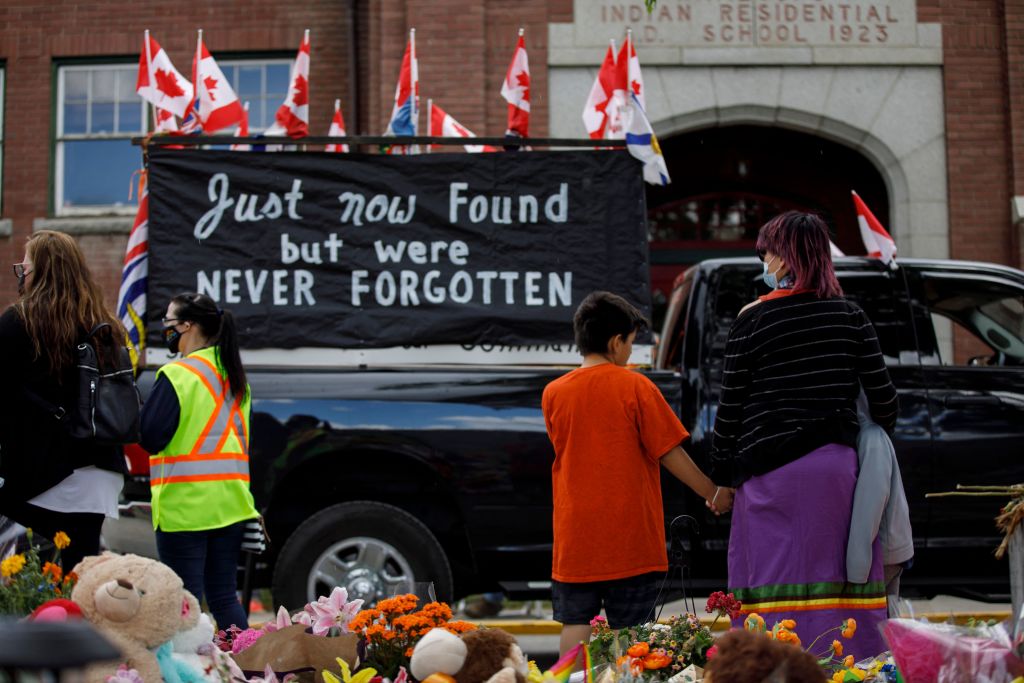 People watch as a convoy of truckers and other vehicles travel in front of the former Kamloops Indian Residential School in support of the Tk'emlups te Secwepemc people after the remains of 215 children were discovered buried near the facility, in Kamloops, Canada, on June 5, 2021. - Canadian Prime Minister Justin Trudeau on June 4 urged the Catholic Church to "take responsibility" and release records on indigenous residential schools under its direction, after the discovery of remains of 215 children in unmarked graves. (Photo by Cole Burston / AFP) (Photo by COLE BURSTON/AFP via Getty Images)

A statement from the Tribe, released on 8 July on behalf of Chief Joan Brown, said that at least 160 unmarked graves were discovered, and Canada is at "another point in time where we must face the trauma because of these acts of genocide".

Canadian Prime Minister Justin Trudeau, who is himself a Catholic, told reporters his "heart breaks for the Penelakut Tribe and for all the indigenous communities across the country," RTÉ News reports.

The horrific discovery comes shortly after three other schools were found to have buried over 1,000 children in unmarked graves across Canada.

Since the brutal discoveries, multiple Catholic churches have been burned to the ground, with some vandalised in red paint in the shape of handprints. 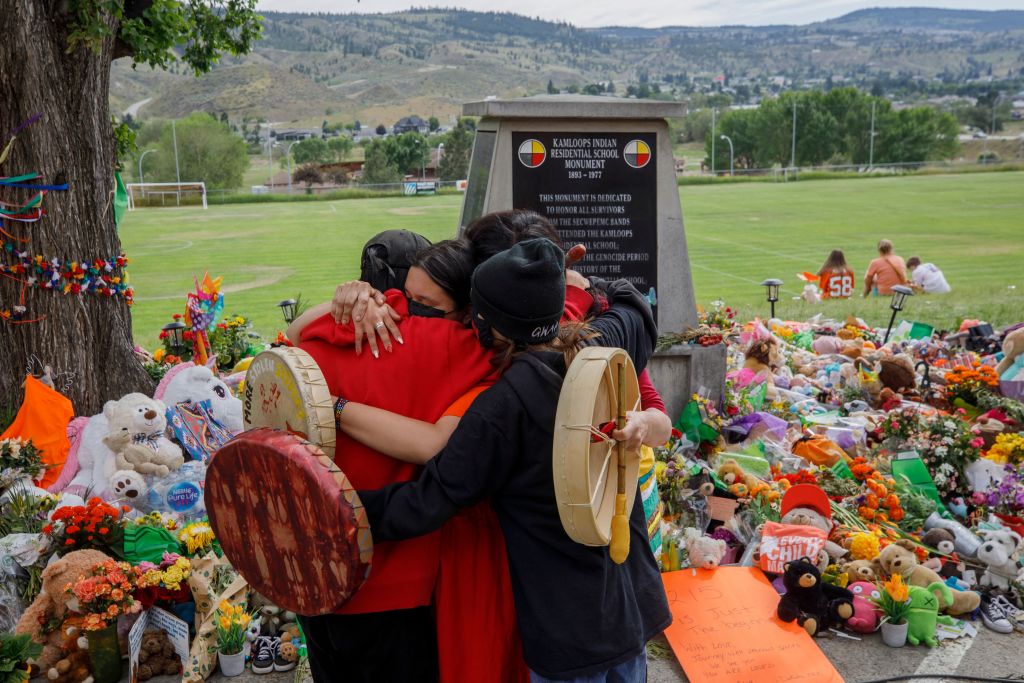 A protest last week saw demonstrators in Winnipeg rip down statues of Queen Victoria and Queen Elizabeth: Victoria confederated the colonies in 1867 to form the Dominion of Canada, and reigned when the residential schools were set up.

Canadian authorities have called on Pope Francis and the Catholic Church to issue an official apology for the church's role in the institutions, with Ontario MPs and Mayor Walter Sendzik writing an open letter to the bishop of St Catharines, their local town, asking that he demands Pope Francis apologise.

In the letter, the officials acknowledge that "The residential school system was an attempt by the Government of Canada and Canadian churches to erase Indigenous culture from Canada."

While some other Canadian Christian churches have apologised for their roles in the schools, "the Catholic Church has not.

"Despite pleas from the Prime Minister and Indigenous leaders, Pope Francis has so far refused to acknowledge responsibility and apologise for the role of the Church in the spiritual, cultural, emotional, physical and sexual abuse of First Nations, Inuit and Métis children in Catholic-run residential schools."

Elsewhere, an open letter signed by 117 Niagara Catholic educators from the Catholic District School Board said the "thing that were done to the victimized children were disgusting and not part of our faith... the abusers in these Catholic-run schools were acting as members and representatives of the Church."

"We acknowledge that the Vatican did not explicitly direct the exact treatment of these children, but there is no arguing that these crimes against children and families were perpetrated by members of our Church and at times covered up or condoned by other members of our Church."

According to CBC, the Pope will meet First Nations, Métis and Inuit leaders separately between 17 - 20 December this year, to discuss the horrific discoveries and systemic abuse of their people in Canada.