A NORTHERN Ireland politician has come under fire for a Facebook post in which he appears to mock the Irish language.

Democratic Unionist Party (DUP) politician Gregory Campbell made a joke in a Facebook post in reference to a programme on BBC NI which told the story of a German spy who hid in the Republic of Ireland during World War II.

According to the programme, the spy spoke Irish with a German accent, with Mr Campbell writing in jest "I vill not be tempted to ask vot is dis curried yoghurt mein herr".

Mr Campbell had previously been reprimanded for using the same 'curried yoghurt' remark to mock the Irish language in 2014, when he was suspended from the Northern Ireland Assembly for one day.

Sinn Féin politicians generally begin their speech in the Assembly by stating 'Go raibh maith agat, Ceann Comhairle', which translates to 'Thank you, Speaker'-- Mr Campbell mocked the language by starting his address with 'Curry my yoghurt can coca coalyer'.

The DUP man was suspended for the day for refusing to apologise at the time.

Mr Campbell has now come under fire again for his repeated use of the bizarre Anglicisation of the language at a time when Irish-identifying citizens in Northern Ireland are fighting for an Irish Language Act.

"Comments posted on social media by DUP MP Gregory Campbell attempting to mock the Irish language and identity are crass, offensive and despicable. 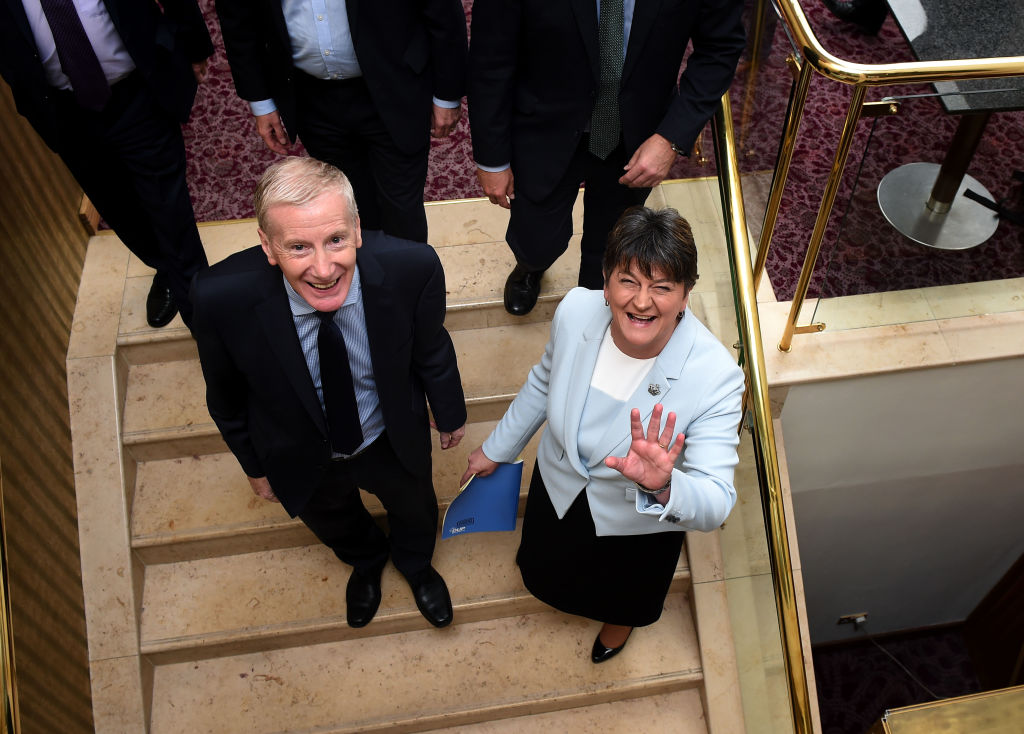 “Sadly, this is not the first time Gregory Campbell has insulted the Irish language community with his offensive anti-Irish mockery. These comments are reminiscent of 2014.

"When the Assembly was restored in January, DUP leader Arlene Foster said identities should be respected.

"Perhaps Gregory Campbell needs to reflect on the words of his party leader.

"It is long past the time that disrespect like this is allowed to go unchallenged and time the DUP genuinely embraced equality and respect."