THE BBC has announced a feature-length film exploring the life of legendary Irish poet Seamus Heaney.

The documentary will examine how the Co. Derry wordsmith forged an internationally renowned reputation for verse, alongside his relationship with his wife Marie and their three children Michael, Christopher and Catherine.

With the working title Seamus Heaney: The Music of What Happens, the BBC Two film will follow the late poet from his upbringing as the first of a cattle dealer's nine children through to his rise to become arguably the greatest Irish poet since W.B. Yeats.

Heaney, who first shot to fame in 1966 for his portrayals of rural life in the Death Of A Naturalist collection published by Faber & Faber, passed away in 2013 aged 74 having been awarded the Nobel Prize in Literature award in 1995. 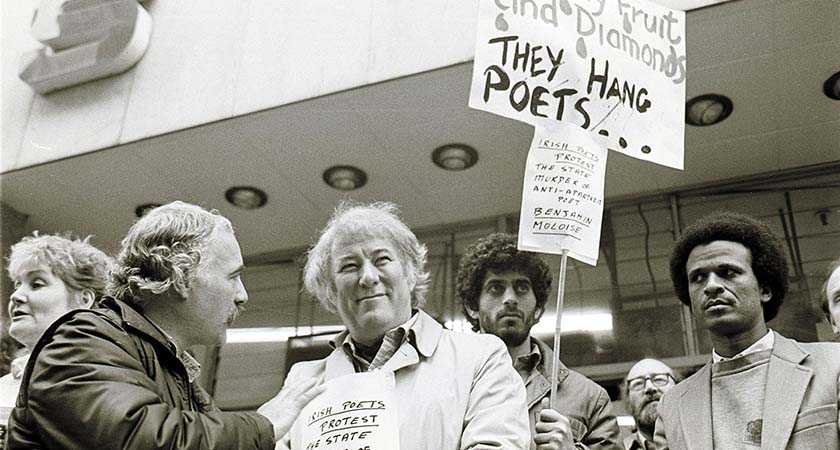 Heaney (centre) with Dunnes Stores Workers at an anti-Apartheid demo in 1985 (Image: RollingNews.ie)

Patrick Holland, controller of BBC Two, said: "Seamus Heaney is a cultural colossus who created some of the most powerful, beautiful and resonant poetry of the last 50 years. This film promises exceptional intimacy and poignancy.

"I am so delighted the family has agreed to share their memories him for the BBC Two audience."

Mark Bell, commissioning editor of BBC Arts, described the project as "a rich and tender appraisal of this great writer using the memories of his family and those closest to him".

Celebrated both in Ireland and the UK as well as far beyond, Heaney grew up in Northern Ireland during the Troubles – but refused to let the conflict dominate his poetry and moved to Co. Wicklow in the early 1970s while remaining an Irish citizen. 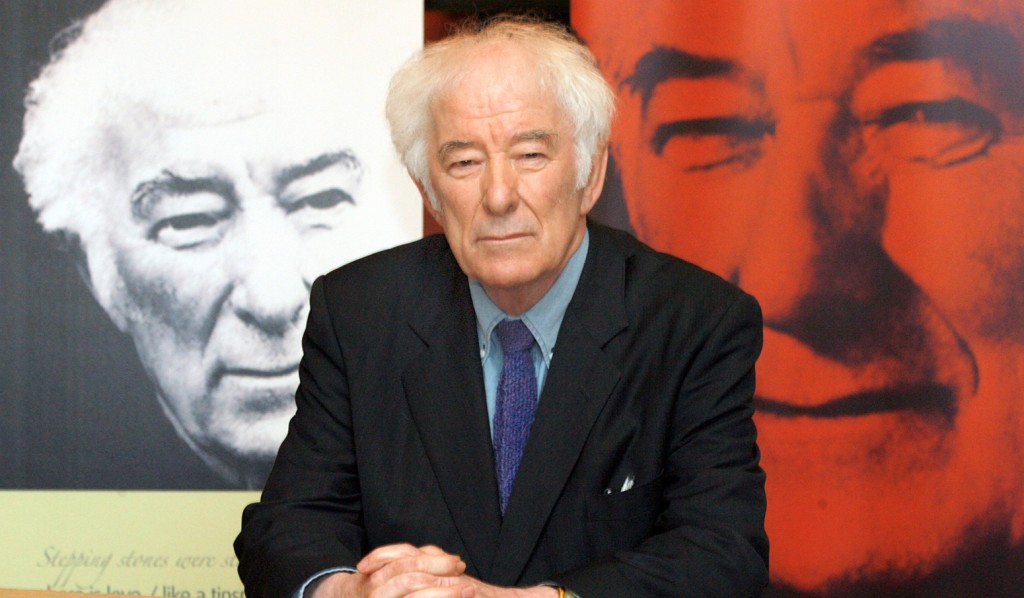 Heaney was adamant that his archive be donated to the National Library of Ireland, and in 2011 – not wanting to risk his manuscripts ending up elsewhere – he loaded up his car and drove the boxes to Kildare Street himself.

The Irishman was also revered for his translation work, in particular the Old English epic Beowulf, and his poetry has featured in school syllabuses in several English-speaking countries.

A graduate of Queen's University Belfast, Heaney also went on to teach himself as a St Joseph's College lecturer in the early 1960s and as a Harvard professor in the 1980s and 1990s.

The upcoming documentary on his life will feature interviews with his loved-ones talking about their family life and reading some of the poems that he wrote for them.

Seamus Heaney: The Music of What Happens is a DoubleBand Films production in association with Lone Star Productions for BBC Arts, BBC Two and BBC Northern Ireland.