Eamonn Holmes embraced by co-anchors as he signs off Sunrise for the last time. (Picture: Syn News/Youtube)

AFTER 11 years at the helm, Eamonn Holmes has finished his last broadcast as anchor of Sky News breakfast broadcast Sunrise.

The Belfast born broadcaster announced in September this year that he would be stepping down from the breakfast programme to concentrate on other projects.

“I will now produce and present a number of documentary projects which I have been stalling on for some time, as well as continuing my work with ITV and Channel 5," he said.

"There is so much going on and I realised it was now or never,” Holmes added.

Signing off Sunrise for the last time this morning, Eamonn Holmes thanked viewers for "putting up" with him. 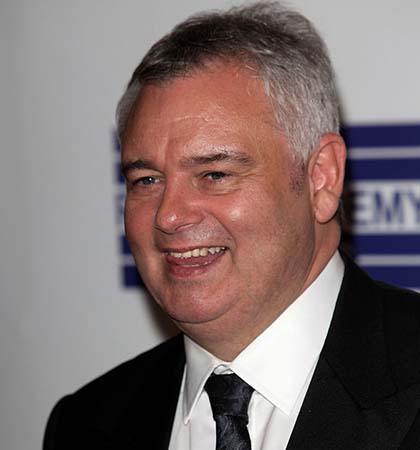 "Thank you very much for putting up with me in all that time."

"The main thing is, it's not important who presents the news, the news is the important thing."

"Keep on watching it, keep on doing it... Sunrise and the news continues," Holmes concluded before being embraced by co-workers.

His famed steady nerve, wry humour and no nonsense approach has served him well since he began on UTV's Farming Ulster in 1980.

In 1986, Eamonn Holmes moved to the BBC in Manchester and his prolific career in British television began.

Last year Holmes proclaimed his pride in coming from Belfast.

"I don’t know if I’m a good broadcaster, a good husband, a good father, but I do know for sure that I am a good Belfast man.

"First and foremost that’s what I am. That’s what makes me come alive," he said.

“If I could broadcast Sky News from Belfast and be there all the time, I would be.”

Check out snippets from some of Eamonn Holmes' best political interviews below...