BEN & Jerry's have teamed up with the WhistlePig whiskey distillery to make a whiskey flavoured ice cream, and it sounds delicious.

Both companies hail from Vermont and have tourist experience venues within touching distance of one another.

Customers looking to experience both brands no longer have to make that second trip in the car, though, because a new ice cream combines both products in a confectionary collaboration that has something to please everyone.

Ingredients include WhistlePig's 6-year-old 'PiggyBack' Rye cooked into caramel swirls to give the classic sweet and chocolatey formula some more oomph. 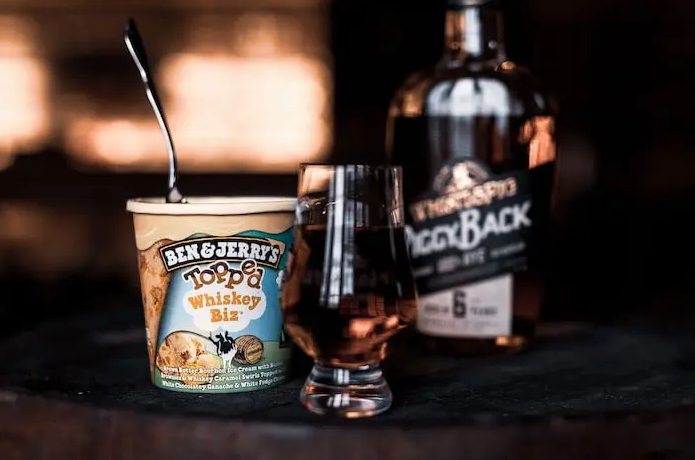 It has traditionally been covered with more conventional flavours, such as salted caramel and strawberry swirl, but Ben & Jerry's claim to want to give customers the ultimate freedom, "personalization and precision".

The ice cream makers went on to say: "Should you scrape off the layer of semi-soft, chocolatey ganache before going any further? Tunnel down and eat the ice cream first? Or get the best of all worlds by removing the lid and eating the flavor vertically with delicious ganache, chunks and ice cream all in one beautifully balanced bite? Whatever method you choose you can’t lose, so go ahead. This is a judgment free zone."

"We're lucky to have incredibly innovative neighbors like Ben & Jerry's who love to collaborate as much as we do," noted WhistlePig on social media. "We're honored to be able to announce our partnership on one of their new 'Topped' flavors, #WhiskeyBiz."