TRIBUTES have been paid to London St Patrick’s Day Parade mainstay Bill Aulsberry who has died aged 77 after a long illness.

Mr Aulsberry was well known in the Irish community in Britain through his long involvement with the Federation of Irish Societies, Irish in Britain, London’s Waterford Association, the Council of Irish County Associations and the London St Patrick’s Parade.

He was Secretary of Haringey Irish Association and campaigned successfully for the provision of welfare services for the Irish community and Haringey Irish Cultural Centre.

Mr Aulsberry was heavily involved in the early formation of the London St Patrick’s Parade and attended every year, leading the parade on numerous occasions.

Irish in Britain said the 77-year-old’s death had left them “greatly sad”.

“Bill was involved with FIS from the beginning and served as an officer at one point and was a regular well known attendee at Irish in Britain meetings,” they said.

“He worked tirelessly for CICA and Waterford Association. He was a stalwart Irish man from Waterford. We will miss his advice on constitutional issues!

“Our condolences to Tess McGuire, Mary Allen and all of Bill’s family and many friends.”

A painter and decorator by trade, Mr Aulsberry had been ill for some time. 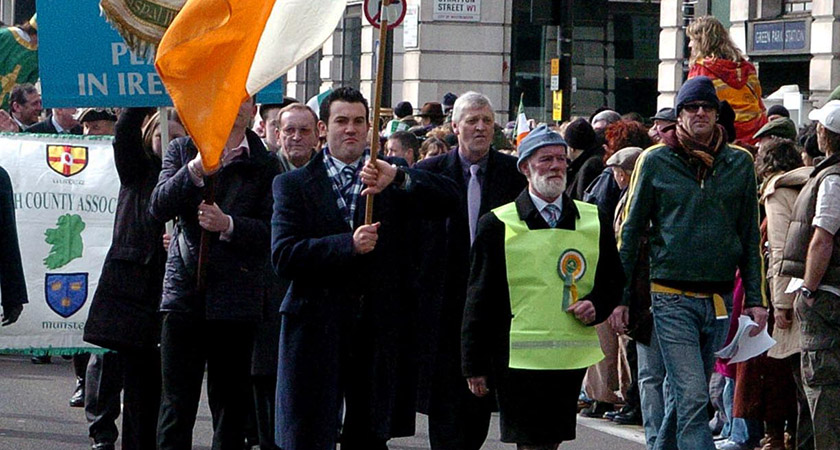 “Ever wondered how the London Saint Patrick’s Parade always made it to its destination on time? Well, that was Bill,” they said.

“Not only did he help make it happen during the organising phase, he also acted as the pacer at the front of the parade!

“Outside of his work for the Irish community, when in London, take a look around. Bill has left his mark there too.

"In his career, Bill worked in the building trade as a tower crane driver and helped build the skyline of London that we see today."

They added: “Our thoughts are with Bill’s family at this time. Bless you Bill and rest well.”

“Great craic and a fountain of knowledge. May the road rise to meet you Bill.”

Dermott Lappin added on Twitter: “A small man with a giant's voice. He will be missed throughout the land. I will miss you my friend. RIP Bill.”