The Kerryman Pub has banned "manbags" from the premises on Friday and Saturday nights. (Source: Facebook)

BIRMINGHAM pub The Kerryman has implemented a new dress code for patrons wishing to attend on weekends.

This month the Digbeth watering hole erected a notice in their window informing customers that "no manbags" were allowed on the premises.

The pub has also banned caps, hoods, tracksuits or tracksuit bottoms from the establishment on its busy weekend evenings.

A spokeswoman for The Kerryman said the decision came as an effort to improve the dress code of their clientele.

"We put up the sign as we don't want to portray a certain image in the pub," she said.

The spokeswoman also added that the dress code rules will only be implemented on Friday and Saturday nights.

They will not apply during the week. 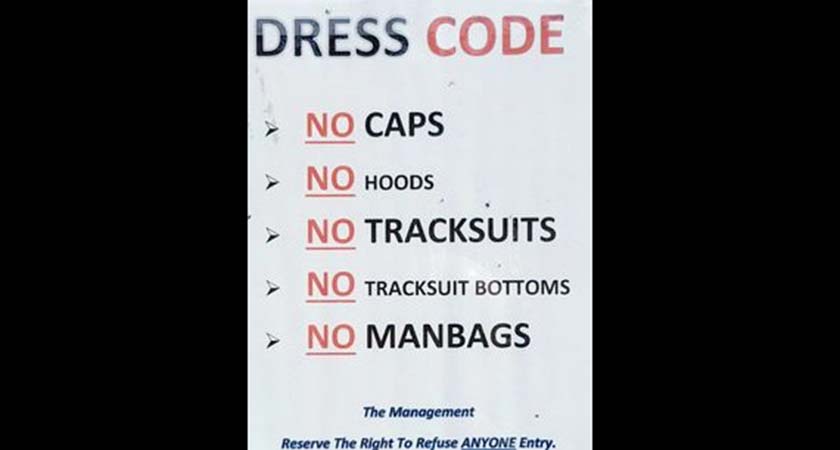 The Kerryman Pub in Digbeth, Birmingham has the above sign outside their premises banning manages. (Picture: Local source)