44-year-old Donald Neely said the officers' conduct was "extreme and outrageous" and caused him to suffer humiliation and fear.

He accused the officers of negligence and said they should have known he would consider it offensive to be led on the rope "as though he was a slave".

The incident occurred in Galveston, Texas in August 2019.

Neely, who was homeless at the time, was allegedly arrested for trespassing by two white officers, who handcuffed him, attached a rope to his cuffs, and led him through the streets to a staging area a few blocks away.

Photos of the incident were published on social media, sparking outrage and accusations of racism from those who said the images were reminiscent of captured slaves in the 1800s.

Local police issued an apology shortly after: "We understand the negative perception of this action and believe it is most appropriate to cease the use of this technique," wrote the Galveston Police Department in a Facebook post. 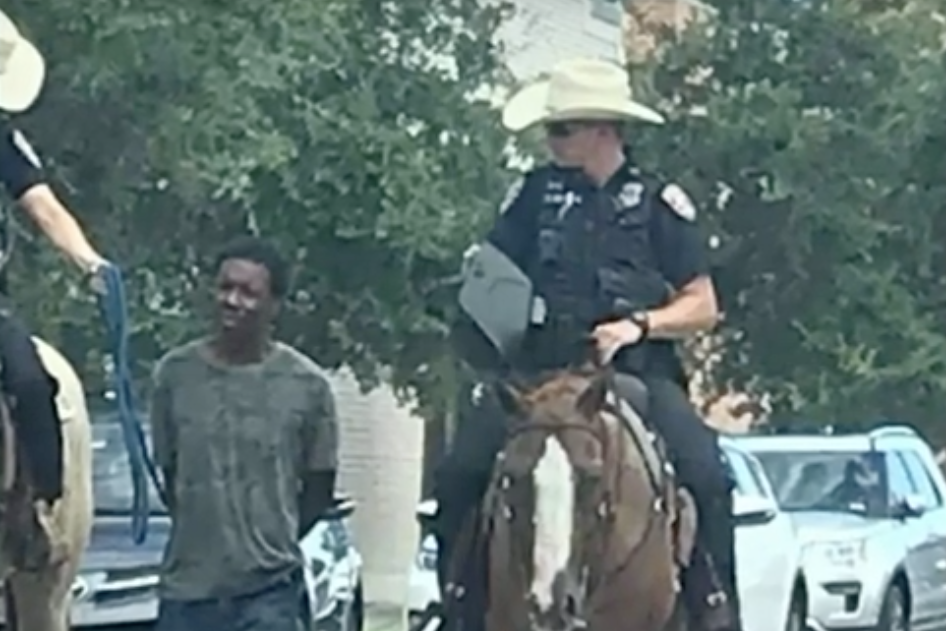 While many were furious at the police officers' conduct, some argued that the practice of handcuffing suspects and leading them to an area where mounted police can properly process the incident is commonplace.

At the time, Galveston Police Chief Vernon Hale said the men did not act maliciously, but noted that the police department would dropping the 'trained technique' from its policy.

"First and foremost I must apologise to Mr Neely for this unnecessary embarrassment," Mr Hale said.

"Although this is a trained technique and best practice in some scenarios, I believe our officers showed poor judgement in this instance and could have waited for a transport unit at the location of the arrest." 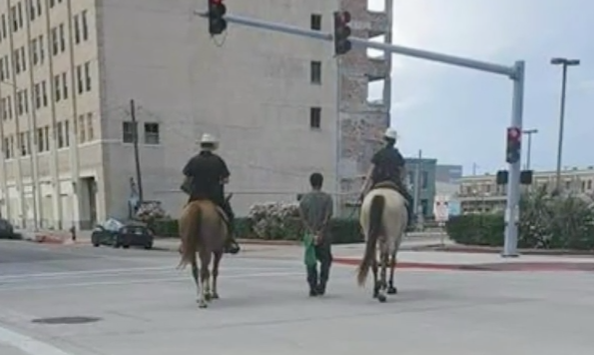