THE YOUNG boy who was thrown from the viewing platform of London's Tate Modern has started to walk again, his family say.

In August 2019, a seven-year-old French boy on holiday with his parents was thrown from the 10th-floor balcony of the art museum in an unprovoked attack by teenager Jonty Bravery.

Bravery, now 19, is serving a 15-year prison sentence for attempted murder after admitting he intended to kill the child. 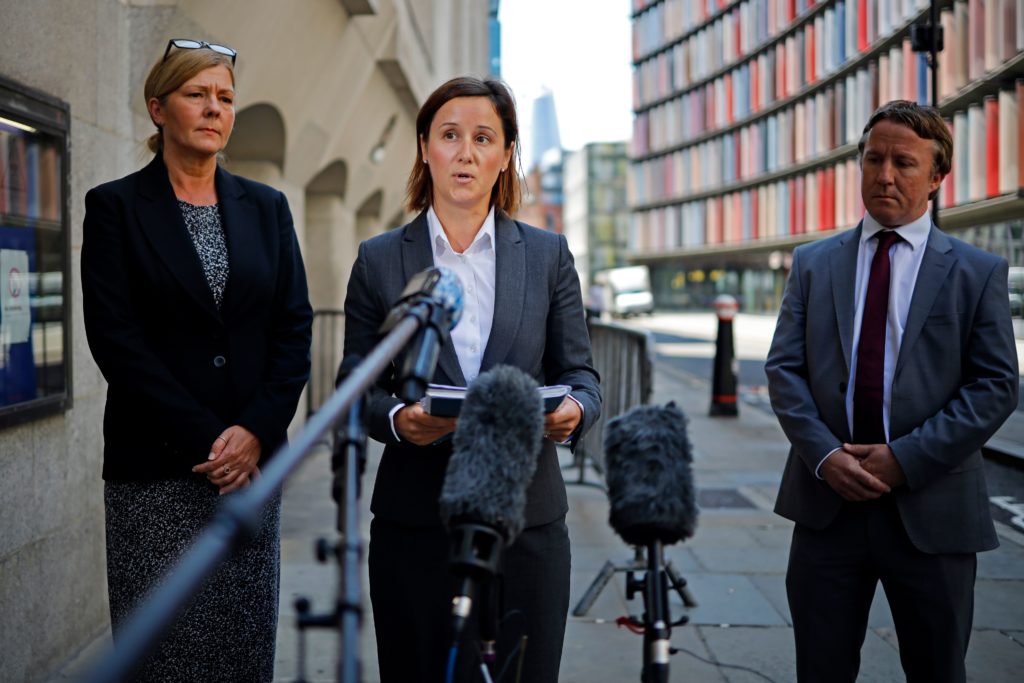 Metropolitan police press officer Melanie Pressley (C) gives a statement outside the Old Bailey on behalf of the family of the victim. Judge Maura McGowan told Jonty Bravery, 18, he would spend at least 15 years in custody for attempting to murder the boy in front of horrified crowds on August 4 last year. (Photo by Tolga Akmen / AFP) (Photo by TOLGA AKMEN/AFP via Getty Images)

The seven-year-old, who cannot be named for legal reasons, survived the fall but suffered catastrophic injuries, including severe brain damage.

His condition has slowly begun to improve but he has suffered memory loss and does not remember what happened on the day of the attack.

While he remains in hospital full-time, he has begun speaking word by word rather than syllable by syllable and is in less pain than before, his family say.

In a statement released by the boy's family and seen by RTÉ News, they revealed he has also begun to walk again with the aid of a cane.

"Our son's memory is once again greatly affected," the statement reads. "He no longer remembers what he did that day or what day it is.

"Despite everything, he continues to make efforts and progress: he begins to walk with a tetrapod cane while we hold him by the back of the coat for balance.

"He also has less pain, so the doctors were able to lower his medication. He tries to do more and more things with his left arm like holding his tube of toothpaste or his glasses case to close it.

"He continues to recover his breath. He still speaks very slowly, but now speaks word by word and no longer syllable by syllable.

"He tries to sing and make up songs with rhymes. He was able to start using the blowpipe with the rehabilitators to continue improving his breathing."

The child had begun to return home at the weekends, but due to coronavirus restrictions this is no longer possible.

His family remain with him in the hospital seven days per week, but say they are eager for restrictions to be eased so he can visit his grandparents and friends at home.