TAOISEACH Enda Kenny has met with members of a British political delegation in Dublin today to discuss matters of concern to the Irish abroad.

A reception is now underway where TDs, Senators and delegates will gather to further discuss British-Irish relations at a time when Brexit, the Northern Ireland elections and cross border issues are to the fore.

The meeting, part of an historic CHAMP-organised visit sponsored by The Irish Post, provided the opportunity to discuss matters relating to the Irish in Britain and around the world. 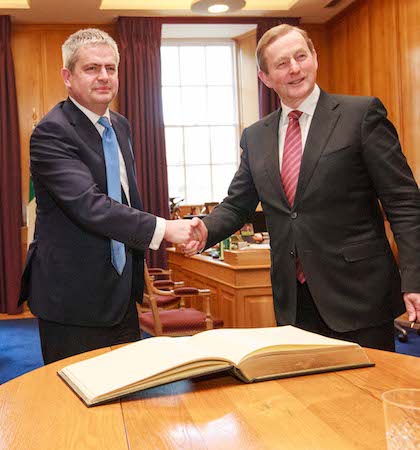 Chair of the All Party Parliamentary Group on the Irish in Britain, and Labour MP for St Helens North, Conor McGinn will also make a speech.

The Dáil Eireann visit included a number of private meetings with key political figures in Ireland as well as an exclusive interview with Mr Kenny by The Irish Post.

“The British-Irish relationship has never been more important than now and The Irish Post is delighted to play its part in advancing dialogue and mutual understanding,” said owner and publisher Elgin Loane.

CHAMP is a non-profit organisation that exists to strengthen the peace process in Northern Ireland.

James Winston, Director of CHAMP, said: “It is vital that we create opportunities for dialogue and cooperation between Irish, British and Northern Irish political, business and community leaders.

"That’s why CHAMP’s first event in Dublin will bring people together to celebrate our successes and debate our challenges.” 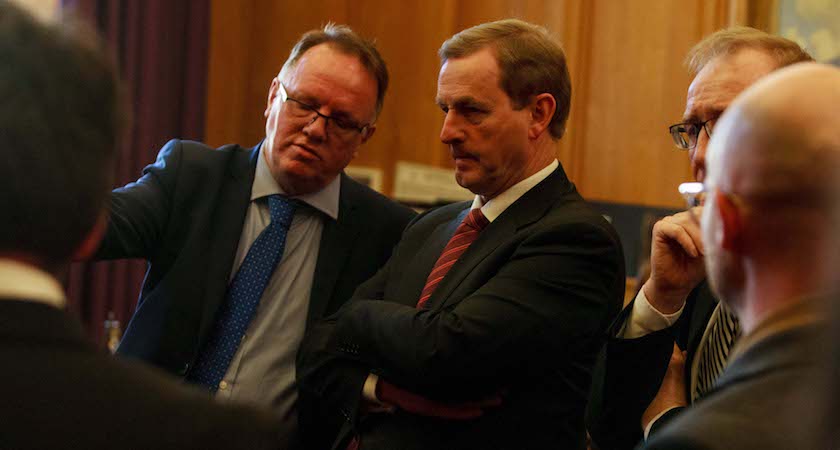 Taoiseach Enda Kenny and British parliamentarians meet to discuss matters relating to the Irish in Britain and abroad.

The Irish Post will also be producing a video documentary on the visit.

This will include an interview with An Taoiseach Enda Kenny TD and other senior politicians.