'Cannabis beer' set to launch in Ireland next year

A Canadian Brewer has created a cannabis beer which is due to be launched in Ireland as early as Spring next year.

Now, the prospect of getting drunk and high at the very same time might be exciting to some, it might even be familiar to many of you (naughty-naughty) - but just before you start pre-ordering it by the keg-load, I have to tell you it's non-alcoholic ... for now.

The beer is designed to give you a 'high' within about five minutes of drinking it and contains decelerates to make drinkers 'come down' quickly. 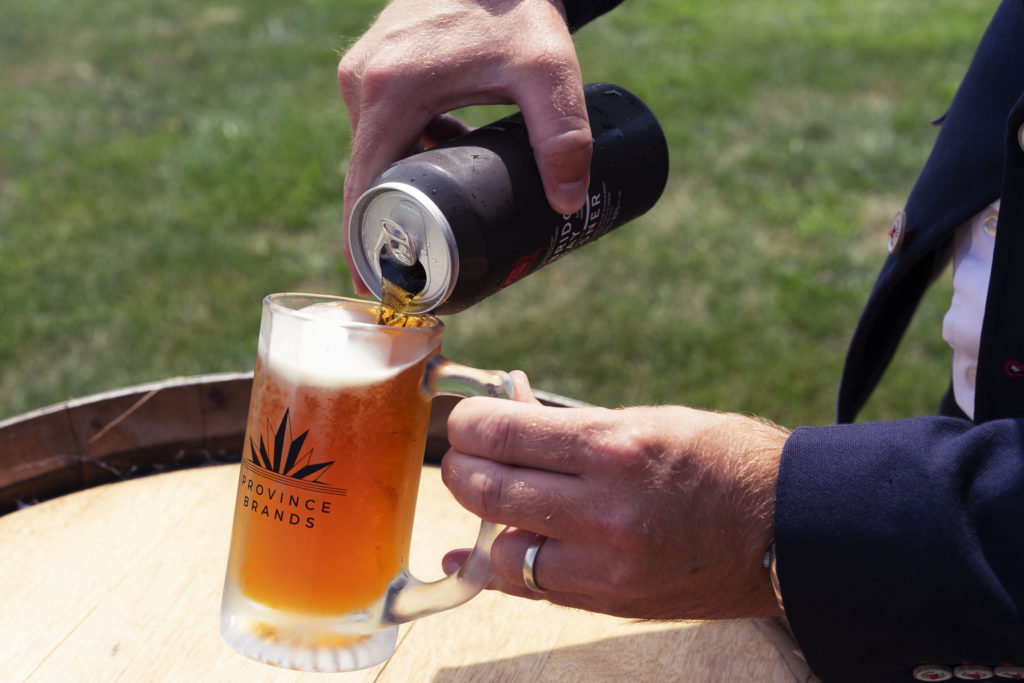 Providence Brands' new cannabis-beer is set to launch in Ireland in 2020.

The reason for it being non-alcoholic is because while recreational use of cannabis is legal in Canada, mixing weed with alcohol in one product is illegal.

Another issue is that the beer contains THC (tetrahydrocannabinol) - the active ingredient in cannabis which gets you 'high' - and THC is illegal in Ireland. So under the current recipe, the beer couldn't be sold here unless the law changes.

A way around this however is to replace the THC with CBD (cannabidiol), another ingredient in cannabis that doesn’t cause a 'high', but causes the user to feel relaxed. CBD is legal in Ireland although gardai have been known to mistake its effects for THC and confiscate products containing it.

To help with this conundrum, the Canadian Brewing company Province Brands have have hired Irish brewmaster Niall Phelan - who co-founded the craft-beer company Rye Valley - to oversea the plans to expand into Irish markets.

Province Brands are considering Ireland as their European headquarters as they gear up for a new commercial launch during the first quarter of 2020, despite the fact that the sale of products containing THC and CBD is still something of a grey area here in Ireland.

Mr. Phelan says they're hoping to raise around €70 million in order to fund their commercial launch into Canada, the US and across Europe.