TV favourite Dermot O’Leary and musician Cerys Matthews were among the celebrities who came out to celebrate Irish writers James Joyce and WB Yeats in London yesterday.

The pair were joined by comedian Aisling Bea and actors Angeline Ball and Tamsin Greig for a special Irish breakfast held on June 16 - the Bloomsday date made famous by Joyce in his Ulysses tome.

The work of WB Yeats was also honoured at the occasion, which fell in the week which marked the 150th anniversary of his birthday. 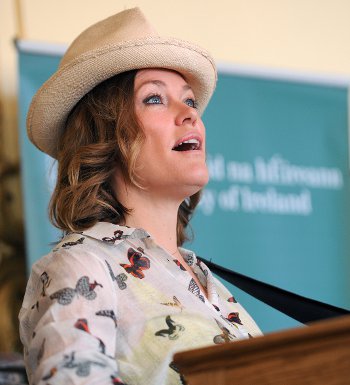 Held at the Irish Embassy, the celebs in attendance took the opportunity to perform for those gathered, after their host, Irish Ambassador Dan Mulhall, kicked off proceedings with a lively reading from the Cyclops chapter in Ulysses.

A special rendition of Yeats’s Down by the Salley Gardens was later performed by Welsh singer Cerys Matthews, who proclaimed her love of Irish culture at the morning event, while Tamsin Greig – currently starring in the latest series of hit comedy Episodes - highlighted her deep connection with Ireland, having grown up in Kilburn.

But it was Angeline Ball – of The Commitments fame - who brought the celebrations to a close, with a well-received rendition of Molly Bloom’s Soliloquy.

Thanking all the artists who took part, Ambassador Mulhall said: “WB Yeats and James Joyce are two iconic pillars of Ireland's proud literary heritage. Their work is loved over the world and it is fitting that these literary anniversaries are so celebrated.”

He added: “It is fantastic to have such a great group bringing the work of Joyce and Yeats to life here at the Embassy.”

In Joyce’s Ulysses June 16 marks a day in the life of lead character Leopold Bloom as he experiences Dublin. 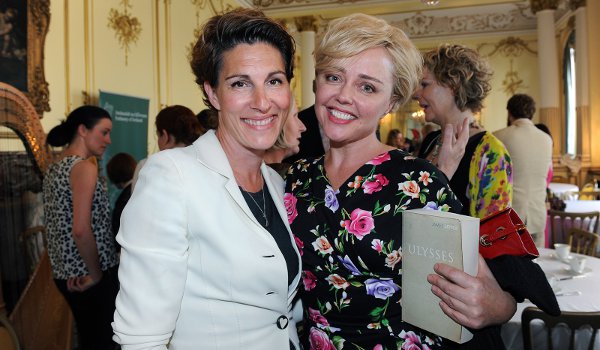