DUBLIN city councillors are supporting a proposal to recover the remains of 'The Invincibles' from Kilmainham Jail.

The five men – Joseph Brady, Daniel Curley, Michael Fagan, Thomas Caffrey and Tim Kelly – were hanged in 1883 for their part in the murder of two British government officials.

As they strolled through Phoenix Park on a Saturday afternoon on May 6, 1882, the newly installed Chief Secretary of Ireland, Lord Frederick Cavendish, and Permanent Under Secretary, Thomas Henry Burke, were met by seven armed men.

Burke was first to be set upon by Joe Brady, who attacked him with a 12-inch knife. Cavendish was then stabbed by Tim Kelly. Both men used surgical knives. 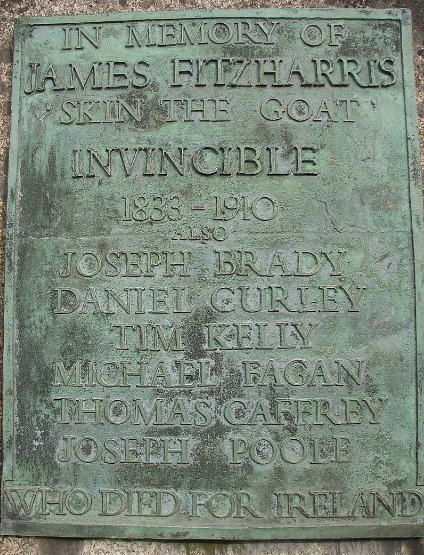 It was later established that the Irish National Invincible – a splinter group of the Irish Republican Brotherhood – had masterminded the attack.

During interrogations with Superintendent Mallon of “G” Dividion of the Dublin Metropolitan Police, the men were played off against one another.

As a result, James Carey and Michael Kavanagh later agreed to testify against the others – five of whom were hanged.

Others involved in the assassination received lengthy prison sentences.

Carey was later shot on board a ship sailing near to South Africa by Donegal man Patrick O’Donnell for his betrayal of his former comrades.

Today, the descendants of the men want their remains to be re-interred in Glasnevin Cemetery, according to a letter from Cavan County Council and following a vote by councillors, RTE reports.

The letter indicated that the remains currently lay beneath slabs where the men were executed – an area referred to as the Invincibles' Yard.

In support of the request, Councillors on Dublin city's Arts Committee have forwarded it onto the Commemoration and Naming Sub Committee