'He was a man big in stature, matched up with an even bigger heart' - Big Tom laid to rest

CROWDS of mourners have gathered at Saint Patrick’s Church in Oram, Co. Monaghan, for the funeral of country music legend Big Tom McBride. 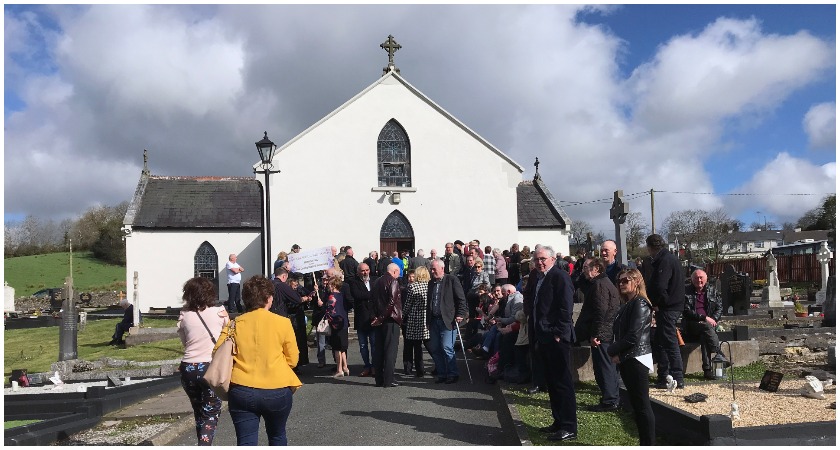 During the funeral mass this morning, Father Leo Creelman told the congregation that it was a “difficult and sad day for a local family, for this parish, for the local community, for the world of country music and for many, many people throughout our country and beyond.”

He continued: “Big Tom had an amazing presence when he walked into a room or onto a stage. He was a man big in stature, matched up with an even bigger heart. Despite all his success and fame, he always remained humble and down to earth and first and foremost a family man. 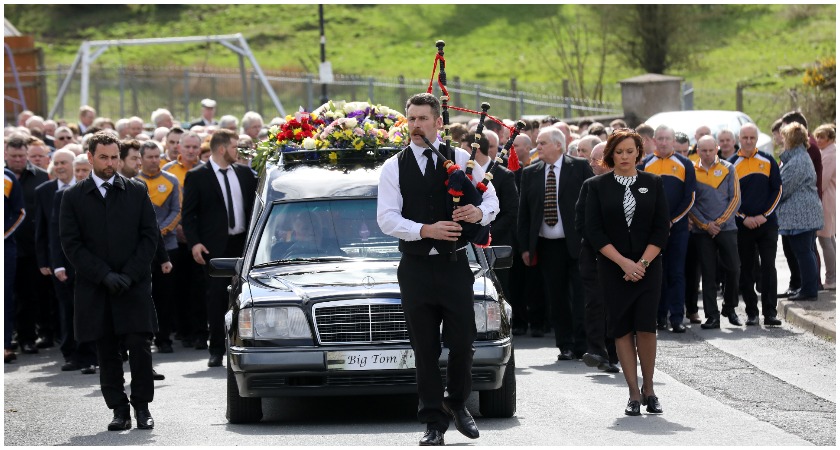 “He was referred to as a legend, a giant, an icon, a king, labels often liberally thrown out about others, but titles that Big Tom richly deserved and earned after decades of success in the country music scene.”

Several public figures made their way to the town of Castleblayney this morning to pay their respects, including Taoiseach Leo Varadkar and President Michael D. Higgins.

Singer and friend of Big Tom’s, Daniel O’Donnell spoke to members of the Press Association on his way into the church. 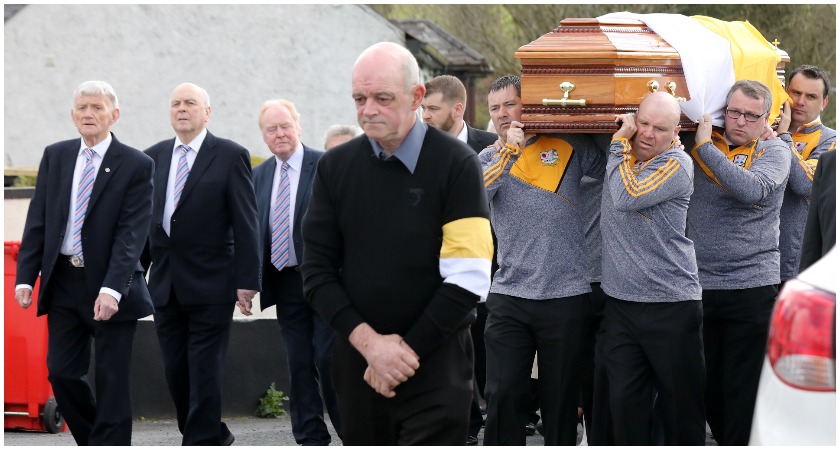 “We’ll remember him for his music,” he said.

“Everybody has a song, and numerous Big Tom songs are special.

“But we’ll remember him for the man as well – the humble man who I suppose went to the top of his world but yet was as grounded as anybody could ever be.”

He paid tribute to the star with a  statement: “Lovers and supporters of Irish music everywhere will have heard the news of the death of Big Tom McBride with sadness.

“As one of the most charismatic and influential artists in Irish country music, Big Tom was widely respected and through his five decades of music making he leaves a lasting legacy.

“His name will be recalled with fond memory by those who listened and danced to, his and his band members’ generous nights of entertainment all over the island of Ireland.

“A big personality and one of the country’s greatest country stars, his love of music and his passion and skill have enriched Ireland’s music scene.

“As President of Ireland, I wish to express my deepest sympathies to his children Thomas, Dermot, Aisling and Siobhan, the members of his family, his friends and to the countless numbers of people, at home and abroad who loved the man and his music.”

Brolly said: “My band and I was fortunate many years ago to be support act for Big Tom and the Mainliners in Barry's Hotel in Dublin. It was a midweek dance, they called it the ‘nurses’ dance’ - why I’m not so sure.

“I was thinking this could be a quiet night, it was a Tuesday or Thursday. It was the night I realised how popular the legend Big Tom was. The place was rammed and the gentle giant was one of the nicest people I have met in the business. He looked after us all so well, because he knew that we were new to touring Ireland at the time. He made us so welcome. We had a great night with Big Tom the perfect gentleman.

“He is now in heaven waltzing with his beautiful wife once again. RIP Mr and Mrs Mc Bride.”

Aidan Quinn said that when you “hear Big Tom singing, for those three minutes of that song, you were back home again. There was a story in every song.” 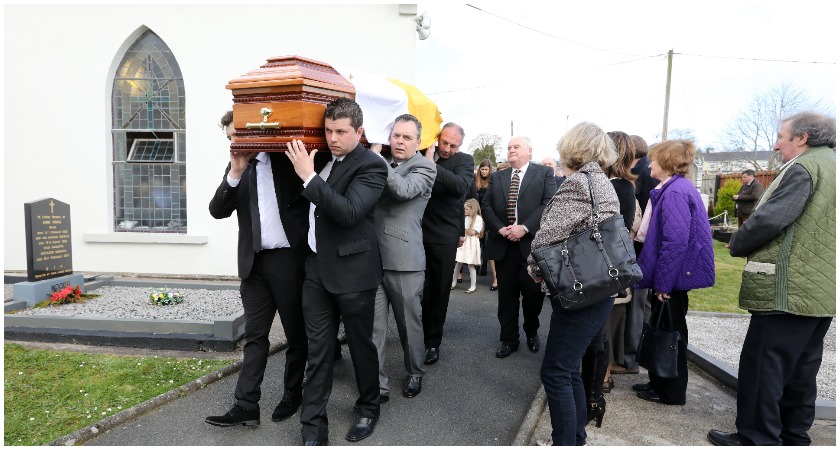 He said: “When Rose died a massive part of Tom went with her. He was lost, dazed and broken-hearted. Big Tom was the face and voice that everyone saw and heard, but Rose was the engine behind his success. In the background, she was the grounding mechanism, the compass and the refuge needed, to one of the most popular Irish country singing stars of our times.

Tom and Rose were a partnership that worked; an example of where each spouse cared for the other more than for themselves. They bear witness and testimony to a selfless love and bond that is possible within marriage, like a match made in heaven. A glimmer of comfort is perhaps God was merciful in allowing Tom to be united so quickly again with his beloved Rose.

He closed the homily with the words: “Tom McBride was chosen by God and gifted with many talents and abilities. These he shared generously with many people including those who have travelled here to be with his family today. We thank God for knowing Tom McBride in whatever capacity that may be; family, friend or neighbour. Or in his professional career, for those who have sung with him, played alongside him, admired him and listened to his music.

“This earthly world and our lives have been a richer and happier place because of him. His passing will leave a void both for his family and friends and for the Irish country music scene. Our prayer is that Big Tom McBride will be carried now by the angels to the heavenly choir.”

McBride’s career spanned more than five decades, and he was inducted into the Irish Country Music Awards Hall of Fame in June 2016.

He will be laid to rest in the family plot beside his late wife Rose.