SLIGO native Jimmy Neary, a well-known publican and restaurateur in New York City, has died, aged 91, it has been confirmed.

He went on to become a NYC legend due to his famed restaurant Neary’s, on East 57th Street.

Prior to that he bean his career in the US as a porter at the New York Athletic Club (NYAC) in 1954.

He later became the first former employee to become a member of the esteemed club.

He also worked as a bartender at P.J. Moriarty’s prior to opening Neary’s.

From its launch on St Patrick’s Day in 1967, Neary’s restaurant became a go to spot for the famous and well-known in the city, including high-ranking politicians, religious leaders, television personalities, famed authors and sports icons.

As one of the last of the old world NYC restaurants, Jimmy, always dapper in his dress, prided himself in maintaining a more formal and elegant environment at Neary’s.

He was also known for treating everyone with the same care and respect, from the neighbour next door to the President of the United States. 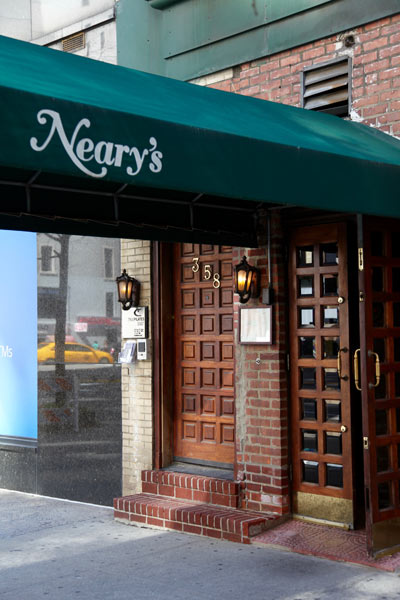 Neary's was launched on St Patrick’s Day in 1967

Jimmy insisted on his customers having the ultimate dining experience, which included sharing his countless stories, jokes and description of past experiences.

Some of Jimmy’s favorites include: purchasing the building on East 57th Street in 1986; taking his dream trip with Mayor Michael Bloomberg to his hometown of Tubbercurry; having his famous lamb chops regularly mentioned by Kathie Lee Gifford on television; appearing as himself in over 25 books by the esteemed author, Mary Higgins Clark; receiving his 1986 and 1990 NY Giants Super Bowl rings from Tim Mara; and describing the history of his pocket watch, one of only two in the world, which was gifted to him by Colonel Anthony Story, General Douglas MacArthur’s private pilot, entitling the holder to a lifetime pass to Ebbets Field.

Part of the magic of Neary’s was Jimmy’s love of life, celebrating his Irish heritage, and his love of America, having served as a tank driver in the U.S. Army in 1956.

On special occasions, including Jimmy’s annual surprise birthday party, customers would be entertained by song, music and Irish step dancing.

Many of these moments are captured in a documentary entitled: Neary’s: The Dream at the End of the Rainbow.

Jimmy was always present at the restaurant. He greeted every customer with his warm, Irish welcome and his bigger-than-life smile.

He created an environment where everyone felt at home and a part of the family, whether you were a regular or first-time visitor.

Because of that, he had a large and loyal clientele, including some frequenting Neary’s for over 50 years.

Those same qualities engendered the loyalty of his staff, many of whom have been at the restaurant over 30, 40 and 50 years. 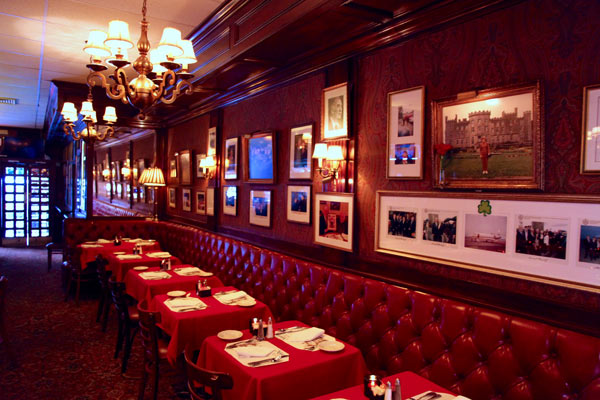 Jimmy’s successes in NYC would not have been possible without the love and support of his beautiful and devoted wife, Eileen (née Twomey), who was from The Ward, Co. Dublin, and who was by his side for 40 years before she passed away in January 2007.

They raised their four children, Patrick, Una, Ann Marie and Eileen, in Demarest, New Jersey, all of whom received a strong Catholic upbringing and education from grammar school through college.

Both devout Catholics, Jimmy and Eileen were daily communicants.

Jimmy, Eileen and family were parishioners at St. Joseph’s Parish in Demarest, New Jersey and the Society of African Missions in Tenafly, New Jersey, where Jimmy was a daily lector. Most recently, Jimmy was a parishioner at Holy Trinity Church in NYC.

Jimmy and Eileen were both invested into the Eastern Lieutenancy of the Equestrian Order of the Holy Sepulchre of Jerusalem.

In October 2019, Jimmy was promoted in rank to Knight Commander with Star.

When not in the restaurant, Jimmy enjoyed quality time with his extended family, which includes his daughter-in-law, Adriana (Neary), and sons-in-law, Chip (Bergwall), Tracy (Bowers) and Tom (Riggs), and his eight adoring grandchildren, Briana, Sofia and Patrick (Neary), Ryan, Danny and Matthew (Bergwall), and Gavin and Christina (Bowers).

He is also survived by 22 beloved nieces and nephews.

Jimmy is pre-decreased by his parents, Patrick and Catherine (née Marren), his brothers, Monsignor Tom, John, Micael and Patrick, and his sister, Una Sheehan. 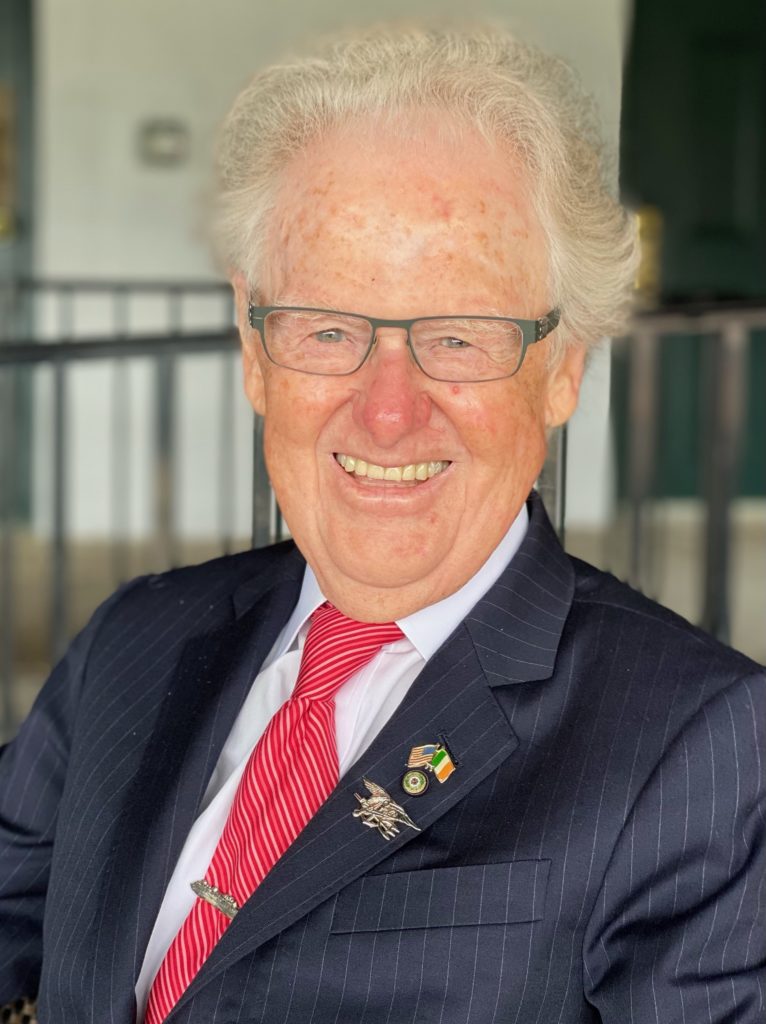 Jimmy Neary, a Sligo native, will be laid to rest in New York tomorrow

They broke the mould when they made Jimmy.

An Irish immigrant who embodied the American dream and who strongly valued his faith, family and country.

He lived every moment as if it was his last.

As he always said “I love this life” and he did.

His wake/visitation was held over two days at Frank E. Campbell - The Funeral Chapel this week, whose list of clients reads like a Who’s Who of Hollywood stars including Judy Garland, Heath Ledger, Jackie Onassis, ensuring Neary will truly “go out in style”.

Cardinal Timothy Dolan, Catholic archbishop of New York, will preside over the Funeral Mass on Saturday, October 9, at Saint Patrick’s Cathedral, on Fifth Avenue, New York City, where former New York Mayor Michael Bloomberg will eulogise his beloved friend along with Jimmy's children and many other New York notables.