ONE OF the stars of the hit sitcom Derry Girls has landed a role in a major new superhero movie.

Saoirse-Monica Jackson, who shot to fame playing Erin Quinn on Lisa McGee’s critically acclaimed sitcom, has been cast in the upcoming big screen adaptation of the DC Comics favourite The Flash.

It’s a role that will see the 27-year-old rubbing shoulders with several notable Hollywood A-listers.

One of DC Comics' most enduring and iconic characters, the Flash is famed for his incredible speed.

We Need to Talk About Kevin actor Ezra Miller is set to reprise the titular role, having twice played the character in Batman vs Superman: Dawn of Justice and The Justice League.

The Derry Girls favourite will feature alongside both Ben Affleck and Michael Keaton, with both returning as Bruce Wayne aka Batman for a film that sees the Flash travelling across multiple universes.

Ron Livingstone has also be cast in the film, which is being directed by Andy Muschietti, the filmmaker who most recently helmed the two-part adaptation of Stephen King’s IT.

It's a role that could lead to even bigger and better things for the Derry-born star. 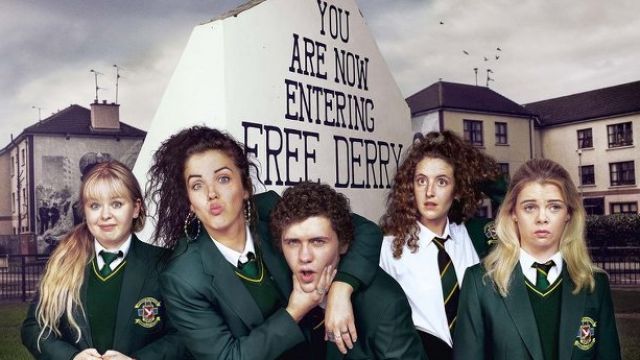 What Jackson’s casting means for the future of Derry Girls remains to be seen.

The cast and crew are still awaiting the green light to begin work on the long-awaited third series of the hit show based in Derry in the 1990s during the Troubles.

Details on plans for the show remain scarce, though its creator, McGee, has indicated that this could be the final series before finishing things off with a film to wrap the story up.

“I don’t want to write them beyond 18. It’s about that magic time, before you’re officially an adult,” she previously explained.